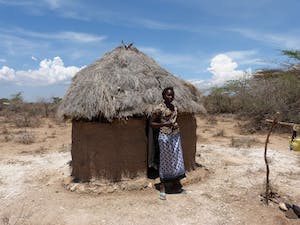 When you live in a society in which personal hygiene and public sanitation are inherent, it may be difficult to imagine the absence of Open Defecation Free (ODF) areas. In many communities where Food for the Hungry (FH) works, ODFs are revolutionary.

In Kenya, FH is helping traditionally semi-nomadic tribes to learn to settle down and live in community. An important element of the project includes helping the people understand that many of their children’s health problems could be solved by ODFs. 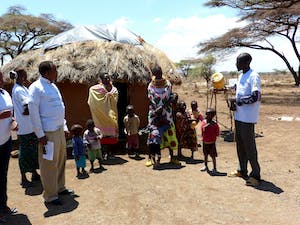 FH teamed with the Millennium Water Alliance and the U.S Agency for Development (USAID) to tackle the problem in parts of Kenya. Running from September of 2012 to December of 2014, the purpose of the joint program was to educate and train locals to the importance of creating ODFs in their communities. On August 25, 2014, the extent of their success was celebrated in Atuntun Village, as all 108 households in Atuntun did, in fact, have their own latrine!

Expanding on the theme of hygiene, not only did the households have a latrine with a hand-washing facility, they also had a dish rack and clothes hanging line. It may seem that this is a “no brainer,” that everyone should be able to understand the concept of poor hygiene, and the risk it represents to good health. However, what FH was dealing with was the challenge of changing people’s mindsets: As nomads, many inhabitants in Kenya didn’t consider Open Defecation a problem, or understand the dangers. But the nomadic lifestyle is becoming a thing of the past, and concern for the environment is becoming paramount, especially in preserving clean ground water. 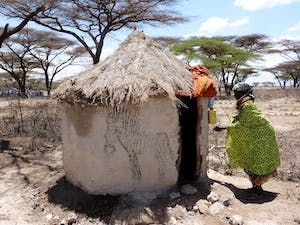 Plus, the latrines are constructed with locally-found resources such as trees and bushes, at no cost to the families who’ll use them. Building a latrine often became a “family wide” project, with everyone helping and, feeling pride in what they had achieved. And they quickly began enjoying the tangible benefits. Children became sick less often, and money was saved that often got spent seeking treating for those illnesses.

Ballan Halkano and her family of seven provide as example of the programs success. Frequently plagued with diarrhea and other illnesses that occur as the result of poor hygiene, the Halkanos were able to rise to the challenge and construct their own latrine.  Satisfied and excited by her family’s success, Ballan became a champion in her village for the cause, recruiting and encouraging other families to do the same as she and her family had. 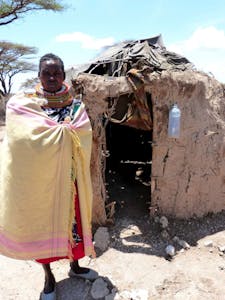 Though obviously a strong person and skilled leader, Ballan gives credit to FH for helping her create an ODF zone near her home.  She pointed out that prior to FH, her family lived in a filthy environment. Today, her family is thriving with fewer illnesses, and Ballan has become a leader in her community.

While FH has been part of a great victory in parts of Kenya, the battle is not yet over. FH Kenya  continues to work diligently to encourage rural communities to improve household behavior, not only through latrines and hand washing, but also by bringing clean water closer to populated areas, educating people about nutrition and basic health care, helping give children access to an education, training farmers to grow drought-resistant crops and forming groups of mothers who put health and nutrition practices to work in their homes.