It’s Not Easy Being Cynthia in Rwanda 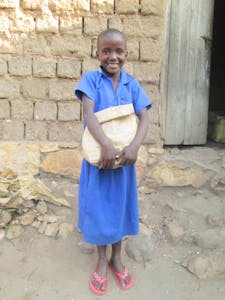 Cynthia will be 9 years old this year. This, and the preceding years, are the ones where a child’s life is about innocent play, enjoying family and early education. But that is not necessarily true for children like Cynthia who are growing up in Rwanda.

Cynthia was fortunate to be born after the genocide in which over a million Rwandans were slaughtered simply because of the tribe into which they had been born. The country returned to “normalcy” in 2003, three years before Cynthia was born. But recovery from the devastation will take a very long time and will continue to affect Cynthia’s life as she grows.

The Crisis in the Country

Rwanda is, according to the CIA World Factbook , “a poor, rural country with about 90% of the population engaged in agriculture.” But the people are not farmers. They are engaged in “subsistence agriculture.” In other words, they work the land in order to survive. But this information needs a bit more clarity in order to understand Cynthia’s plight.

Rwanda occupies slightly more than 9,266 square miles of land, smaller than the state of Maryland. The population of Rwanda is 12.34 million, more than twice that of Maryland . Only 90 percent of the land (5.3 million acres) is suitable for farming. Each acre has to support 570 workers and their families. That is less than half an acre per person. Don’t forget that those people also have homes on that land. Rwanda is simply not an easy place to grow up.

The Crisis in Her Family

Cynthia is one of the children whose struggle has been compounded by the war that preceded her birth. When she was just 4 years old, her father, unable to recover from the mental and emotional stresses of the conflict, killed the rest of her family before taking his own life. Cynthia has been raised by her grandparents, who, having had no land of their own, have subsisted by working for other families. With barely enough resources to keep themselves and Cynthia fed, they could not afford to pay for her schooling. She took on some of the load by fetching water and doing other chores. 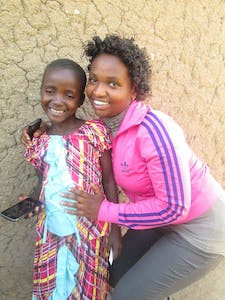 The Effect of Her Sponsorship

Things began to change once Cynthia became a part of the Food for the Hungry (FH) program and gained a sponsor. That sponsorship does so much more than most people can imagine. Not only has Cynthia been able to return to school, but she has clothes and shoes that help her self-esteem. FH staff have provided the family with means and training in methods to help them effectively grow their own vegetables. What’s more, Cynthia now attends Sunday School because of the kindness of the contribution of her sponsor through FH’s child sponsorship program.

You might wonder what Cynthia’s perspective is on what has happened since she gained an FH sponsor. In her own words, “I have learned that God loves me so much. I now have all these things which I had never expected. I feel that we are rich, because I eat vegetables every day.” Because someone chose to sponsor Cynthia, she understands the biblical meaning of being rich, even in the most difficult of circumstances.

Other “Cynthias” are waiting for you.

More on Rwanda | More About Sponsorships | Sponsor a Child