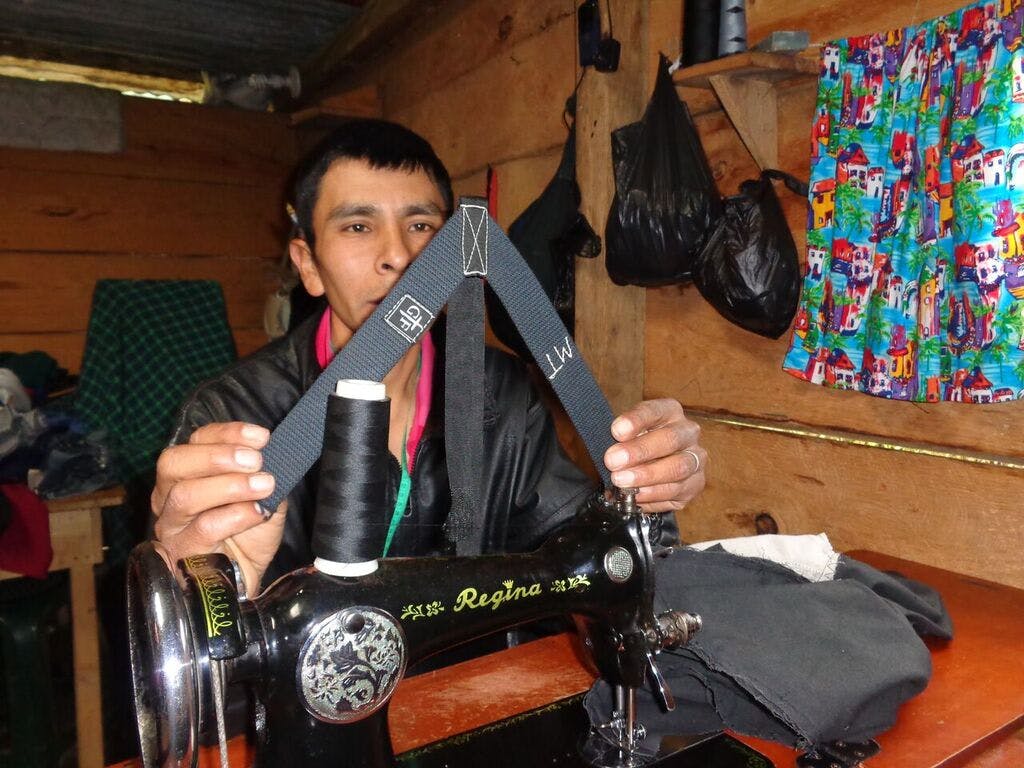 Marcelino Tun worked with David Gillette of God Feet to bring a new industry to his community of Chitixl, Guatemala, and ending poverty for his family and neighbors.

David Gillette started God Feet in 2010, when God worked through David’s pastor to give him a vision for ending poverty with handcrafted footwear. David designed flipflops with a Christian theme, contracted with a company in China to assemble them, and donated one pair of sandals to impoverished people each time a customers purchased a pair.

After delivering shoes to Haiti and Mexico, David felt troubled. “We handed out 500 to 600 pairs of shoes, met with children for a couple of hours, and left,” he said. “We hadn’t taught them anything. We provided temporary hope and never saw those people again.”

Then a fellow church member introduced him to Food for the Hungry (FH). Staff taught David the importance of ending poverty by providing sustainable solutions to long-term problems.

“I put God Feet on hold to think through how we could allow people to get involved in transforming their own lives long-term,” David said. “The only way to do that would be to start from the beginning.” He needed to learn how to make shoes.

He contacted Phoenix bootmaker David Espinoza. “It just so happens that he’s Catholic and understood my vision and what I wanted to accomplish. He’s mentored me over the last two years and has taught me how to make sandals.”

David learned that, while making shoes is a simple process, it requires specialized skills. “People in developing countries have been sewing and stitching for generations,” he said. He realized that the same people he wanted to help had the kinds of necessary skills, and they would best benefit by becoming participants in his business.

He called his contact at Food for the Hungry, who helped David develop a partnership with the Guatemalan community of Chitixl to create the straps for God Feet sandals, then send those back to Phoenix for the final construction of the sandals in David’s manufacturing facility, which is currently his garage.

David traveled to Guatemala to get to know the people, share his vision and get their input on how to develop the partnership.

“I walked into a this area where their sewing machines are,” David said. “It looked like a newer building. All of the artisans were standing in a circle in front of their sewing machines. Each family has a sewing machine, and it represents something to them like our car is to us. One of the heads of the association in the community explained that they have so much faith that once they found out they had won the opportunity to construct the straps, they built this building with their own hands from proceeds from the community.” 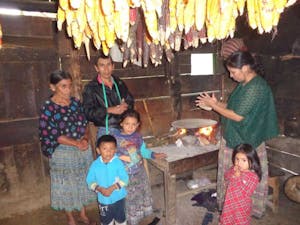 Families like Marcelino’s now have hope of doubling their income from $850 per year, and their children have hope of an education that can break the chains of poverty in their lives.

Marcelino Tun is a leader in Chitixl, where the average income is only $850 per year. For the past 15 years, Marcelino has supported his family as a skilled tailor. When he learned that an American company was sponsoring a contest to bring shoe-making to the winning community, he rallied his neighbors and led them as they created the straps that won them the contract.

He knew this would provide consistent employment and eventually help other communities also. For the 14 families currently participating, this has the potential of doubling their income in a way that is economically consistent with people who have a job in Guatemala. Their children, who typically used to drop out of school after the first grade, have hope of staying through high school—maybe even college.

“I’m blessed to be a part of this project,” Marcelino said. “I thank God for the time to preside over the artisan group, and to be an instrument of God. This alliance opens a door to an international level for the artisans of Chitixl. It also invites each member of the group to seek God and love Him more deeply, in each phase of executing the project, in each moment of our lives.”

David believes that God connected him with Food for the Hungry to achieve mutual transformation—not just in the Guatemalan community that provides God Feet’s straps, but also within himself.

“I noticed a heightened sense of Christ in Chitixl, Guatemala. Wherever you turn, someone is praying, calling out to God. They thank God so much but don’t ask for much. ‘Thank you for my tortilla and beans, for the health of my children, allowing us to get through this winter, allowing my husband to find work today.’ It really solidifies that we’re called to reach out to God and thank him for our blessings. Thank you for our eyesight, children. all of the luxuries we have.'”

We’re blessed that God brought David Gillette to Food for the Hungry. He gave David a vision for reaching beyond himself. Because of that vision, Food for the Hungry was able to help David in the same way we help others around the world—to walk alongside him to discover what God was calling him to do and how he could accomplish it. And that led to creating a prosperous economy for the people of Chitixl, Guatemala.

You can help make more stories like this possible, through your prayers and generous donations. 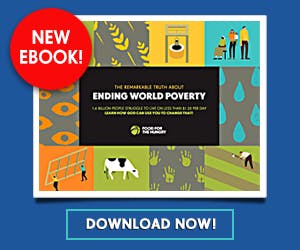 Want to learn how you can make a difference by helping in ending poverty efforts among some of the world’s most vulnerable people?

Download our FREE eBook, The Remarkable Truth About Ending Extreme Poverty. It will help you: