What Can I Do? Start Simple. 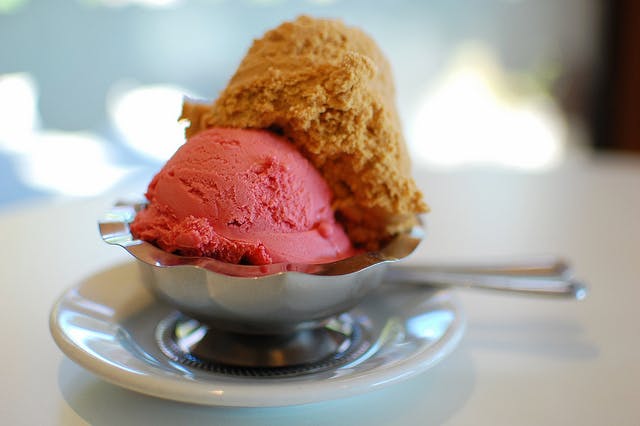 We’ve all been there: We feel a call to act, but our sense of inadequacy paralyzes us.

Injustice, war and hurt dominate our news. Our Facebook feeds fill up with quotes like “The best lack all conviction, while the worst are full of passionate intensity.” What can you do, to show the hope you have in Christ’s power to heal the world?

When asking, “What can I do,” know that a little goes a long way. Seth Wilson (6) sits with his mother at their ice cream social. Their event raised enough money for the family to purchase a cow, chickens and plastic shoes from the gift catalog.

Mom and Dad did get involved, of course. They suggested asking for local donations. Seth dictated a letter to his mom, who did the typing, asking a local frozen yogurt shop for a donation.

And a local grocer donated a $20 gift card to buy toppings. “I love the toppings,” Seth said, noting his favorites are whipped cream, blueberry syrup and crushed Andes mints. Seth took a calculator with him to the grocery store, along with his topping list, and totaled everything up so make sure they came in under budget. (They were $2 over so he contributed $1 from his allowance and his mom put in a dollar, too.)

When asking, “What can I do,” know that sometimes the best solutions are the easiest.

On the day of the ice cream event, Seth said, “We set out games. We got a trampoline. And we ate and ran around a lot. And talked a lot. And played music.” And they put a little jar next to the ice cream toppings to collect donations.

Seth’s party raised over $400, enough for him and his brothers to pick out a cow, chickens, and a pair of plastic shoes from the FH gift catalog. (The shoes put them over by $2, so the boys kicked in money from their allowances. They felt strongly about protecting Burundian children from getting worms.)

From God’s point of view, all that’s needed from us to end poverty is to act. The action doesn’t have to be grandiose. Even raising $20 is another step to ending poverty for a family somewhere. Even $3.50 for a pair of shoes helps one child in Burundi.

Consider some of the simple and creative ways you could raise funds to help end poverty and hunger worldwide, and using FH’s gift catalog to help channel your donation. You can give via FH’s web site, or contact FH Customer Service at hunger@fh.org or 866-307-3259 to request hard copies of our catalog.