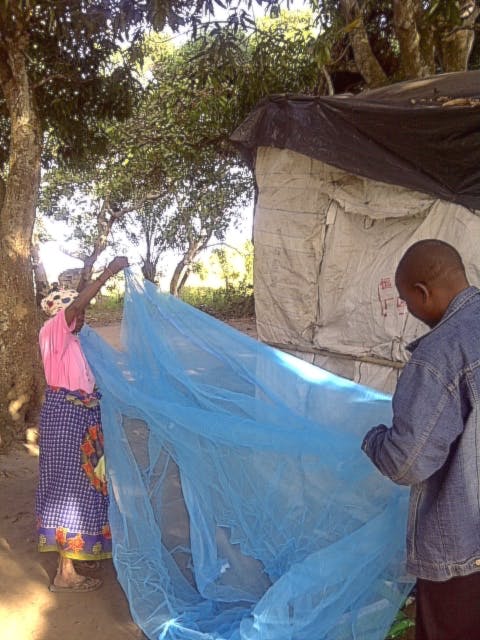 You probably haven’t considered the radical changes that the gift of a mosquito net brings to families worldwide.

In Mozambique, nearly half of the children in the rural areas where Food for the Hungry works will contract malaria. It’s one of the major killers of children under age 5. Malaria’s not like the flu, where the virus dies on its own and the danger abates. Unless the parasites that cause malaria are killed, it recurs again and again.

There are people in Mozambique who contracted malaria as young children and have continued to experience malady’s cyclical bouts of high fever, chills and even hallucinations all their lives. It becomes something they accept as normal.

Covering beds with netting prevents the mosquitos from biting at night, which is when most of the bites occur. But distributing the nets is only one step toward eradicating the disease that kills so many children worldwide. 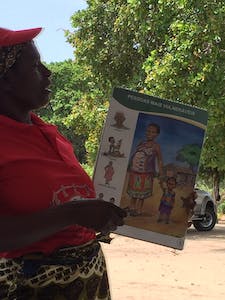 A mother leader teaching about malaria

FH’s program in Mozambique trains community leaders like Samuel João to change attitudes about preventing and treating malaria. Samuel tells of returning from training in January 2015, to hear the bad news that a young girl in his extended family was sick with malaria. She had been taken to the home of a local healer and had languished there for five days without improvement.

Paying local healers to say incantations or dose a child with ineffective medications is often the first step-families will take. This, unfortunately, means many children die needlessly. And families’ meager savings have been decimated from paying the healer.

Samuel had to take the father aside privately, after hearing of the traditional healer (who was also a relative, making the situation more delicate). Samuel saw that the child was feverish, complained of a headache and had chills so violent they seemed like seizures. Because of his training, he realized the child may have malaria. “Take this child to the hospital, otherwise you may lose her,” Samuel told the father.

The father did as Samuel recommended, fortunately.  The clinic quickly diagnosed the malaria and began treatment. And the girl quickly recovered. 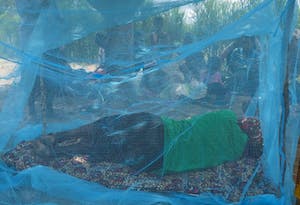 Providing a mosquito net is just a start to eradicating malaria. FH’s programs worldwide train community leaders and parents to identify malaria in young children, as Samuel did. FH also helps people learn to eliminate standing water on their property, so mosquitos have nowhere to breed.

And as Samuel experienced, changing attitudes requires being careful of local relationships. Traditional healers lose income when people use health clinics, which understandably angers them. Or when parents change the way they care for their children’s health, elders in the community can see the new behaviors as questioning their authority.

Mosquito nets do help as well, although families need to be taught how to use it properly. And the trained volunteers have to be watchful that families don’t use the nets for fishing instead of covering beds. (When that happens, FH knows there’s a need for inexpensive fishing nets — and we’ll find other ways to meet that need.)

With your help, FH can provide not only mosquito nets but the training it takes to use them effectively in rural Mozambique. You can provide a net to a family via our on line gift catalog.