Since December 2013, 2.78 million people in South Sudan have been displaced—both within the country and in neighboring countries. And yet, hope remains within the South Sudanese.

Food for the Hungry (FH) works in the hardest places. Dedicated staff like Data Isaac Milton help FH live out its mission and God’s calling to serve the most vulnerable.

Data has served as HR Manager for FH/South Sudan for almost seven years. Not only did he grow up in South Sudan, he was also a refugee in Uganda. Through United Nations High Commissioner of Refugees (UNHCR), he was able to attend high school. With the support of his brother, he completed University and graduated with a Bachelor Degree in Business Administration majoring in Human Resource Management.

Data starts and ends each day by thanking God.

War has plagued South Sudan for much of Data’s lifetime. He knows to take nothing for granted. It is hard for the South Sudanese to enjoy life completely. Not only is their country in strife, their people are losing their cultural identities through internal displacement and life in refugee camps.

Data says what inspires him is the vision of FH:

“God called and we responded until physical and spiritual hungers ended worldwide.”

He sees the real needs every day in South Sudan. This gives him and the rest of the staff courage to serve the most vulnerable communities.

Although it is difficult to provide resources and training in all the regions in South Sudan, the staff go beyond their job descriptions to ensure that God’s work is being done.

Data may typically work behind a desk, but he also assists with the programming efforts by helping to organize food distribution in partnership with World Food Program (WFP). 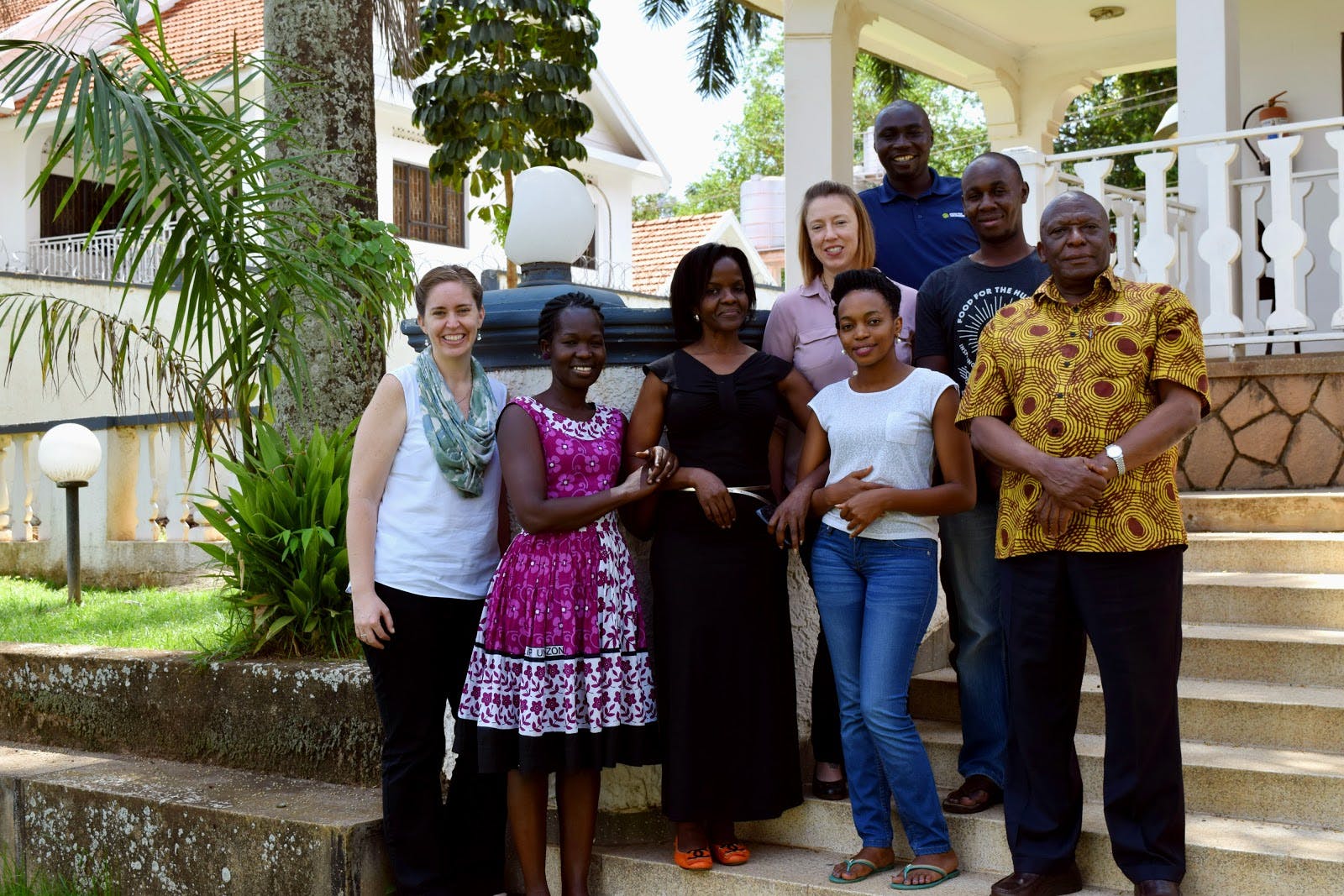 HR staff worldwide work tirelessly to implement FH’s vision and calling. Data is the person in the very back.

“As Christians, we are called to be Christlike and serve,” Data says. “It is our mandate as ambassadors to do that as well, especially for the kids and women who are the most affected by current conflicts in South Sudan.”

Even with many hardships, hope remains for the people and FH staff in South Sudan. As FH’s work in education, food security and livelihoods continues, please pray for:

FH appreciates its staff in South Sudan and recognizes all the sacrifices they make to impact the most vulnerable in the country. We are ending poverty together.

You can help us meet the needs of the world’s most vulnerable people by donating through our gift catalog.