Of all the places I’ve traveled to and of all the people I’ve had the opportunity to meet, no one else has shared a story with so much pain than the story Bennu and Darkar shared with me during a recent trip to Bangladesh. Here’s how she began:

“The Burmese people kicked us out of our home in the middle of the night. They burned our crops and our house. They threatened our lives with guns. We trekked 17 days through the country with nothing, except what we could carry on our backs, to get to safety. And here we are now.”

It broke my heart to hear this. 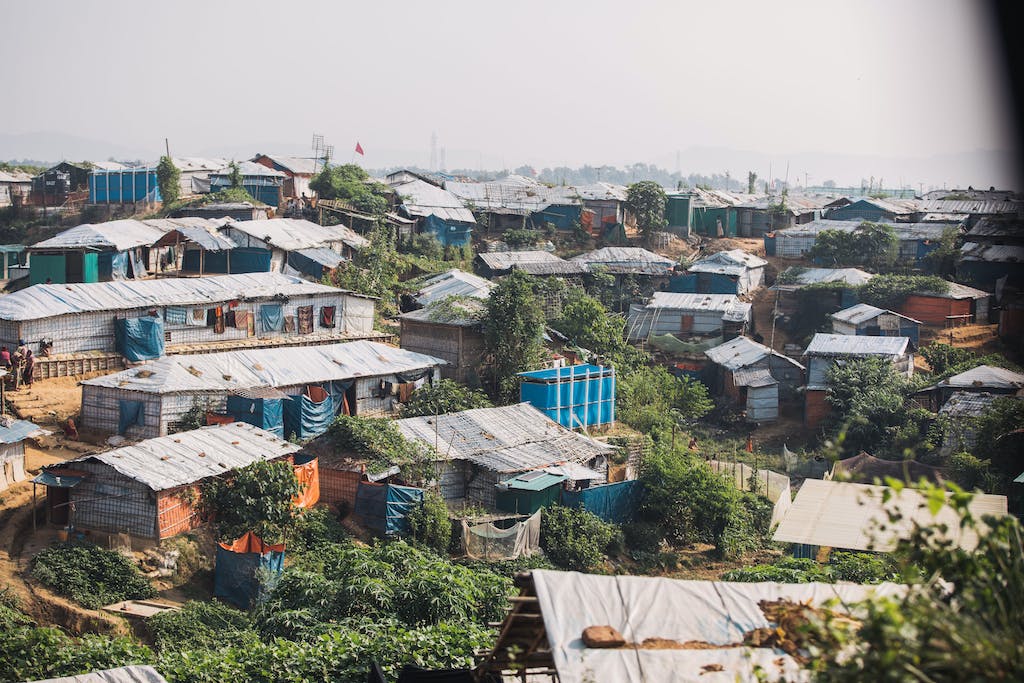 I have been very fortunate over the last eight to ten years to be able to work for and travel with Food for the Hungry (FH). What I love most about FH is the organization’s focus on being relational. We “walk alongside” those we serve.

Building relationships and getting to know people on a deeper level has been so important in my life. And it was actually my love for meeting people around the globe that sparked my interest in becoming a photographer and storyteller. To date, I have traveled to 44 countries, many of them for FH. I’ve had the opportunity to capture moments and stories of incredibly resilient people in the communities and refugee camps they serve in worldwide. 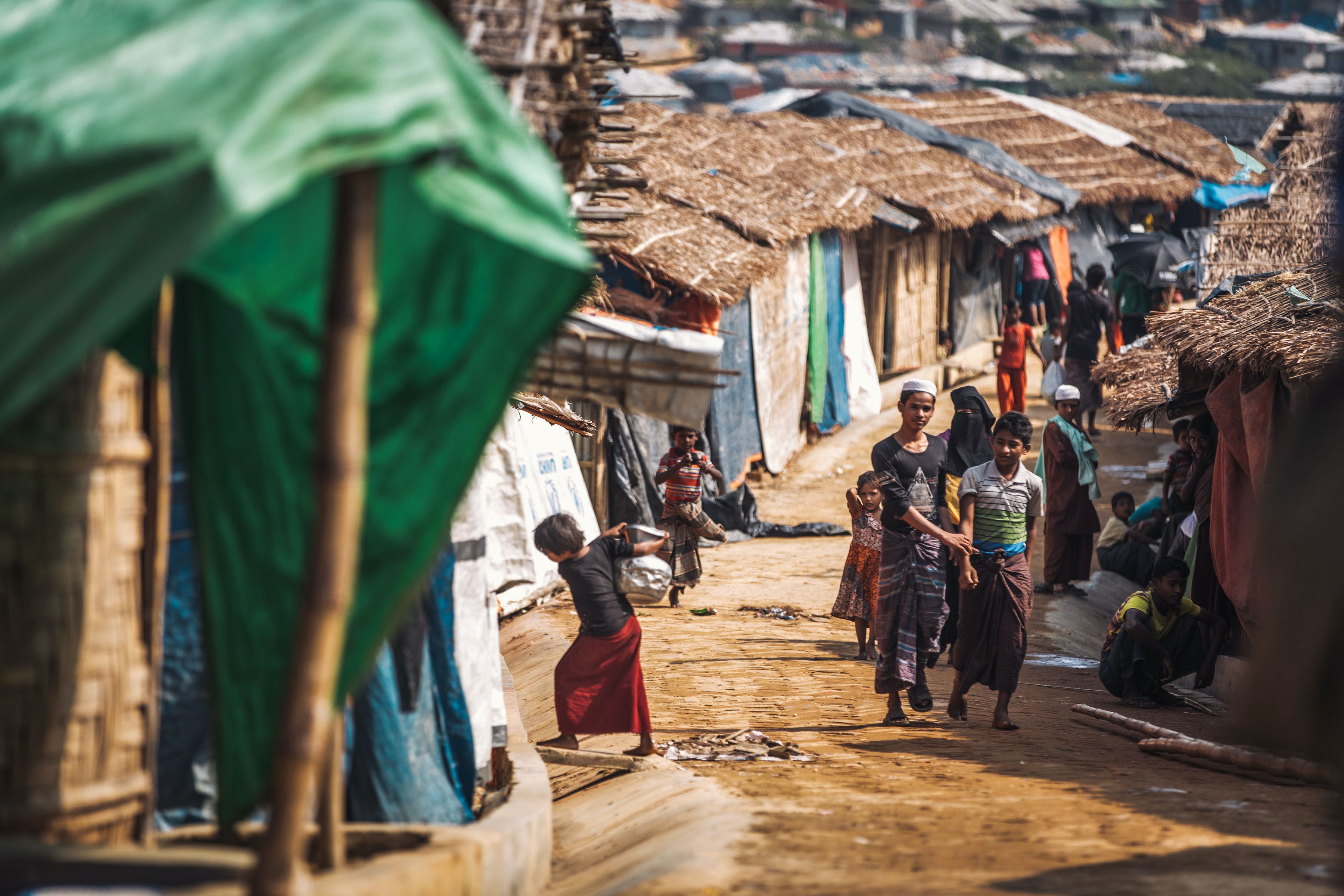 Recently, I traveled to Cox’s Bazar, Bangladesh, to visit one of the world’s largest refugee camps. And when I say large, I don’t mean in physical size. The site itself is only two square miles — but nearly one million Rohingya refugees currently reside there. Last year, when the Rohingya people were violently driven from their homes in Myanmar, FH quickly put feet-on-the-ground to help respond to this crisis.

The Rohingya people are living in temporary housing, often with mud floors and constructed with tarp and bamboo. Due to refugee camp regulations, there are no permanent infrastructures in the camp and their resources (food, water, health care) are finite. They are surviving day to day. It’s truly one of the most heartbreaking things I’ve ever seen firsthand. 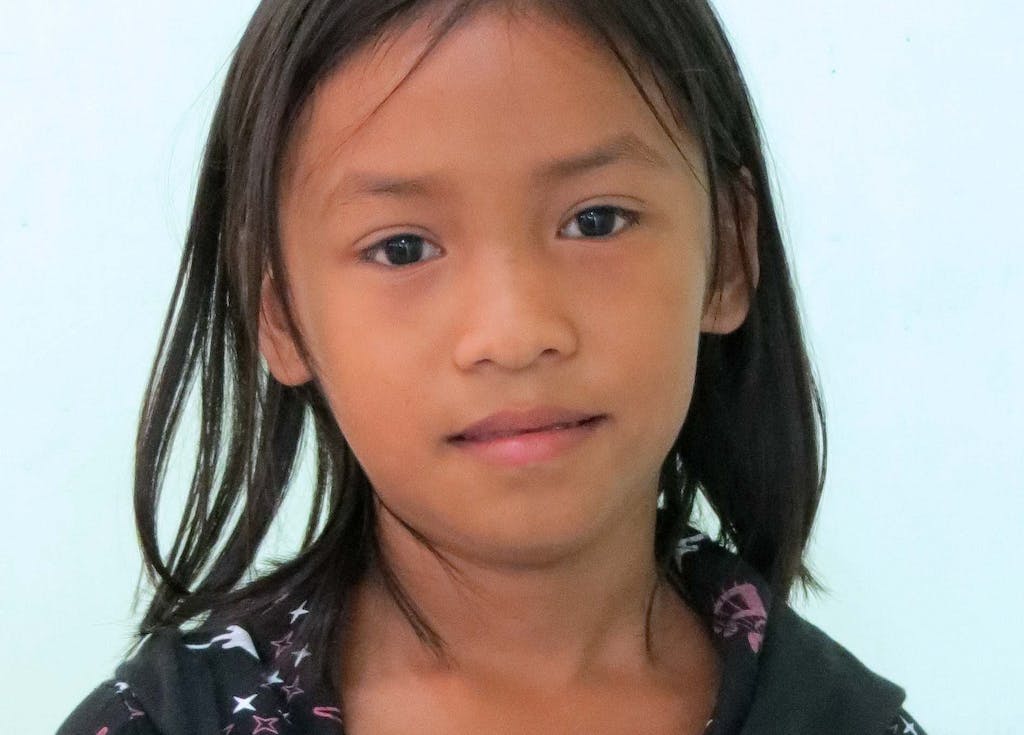 I have visited so many places of hardship over the years, including Syrian refugee camps. But this trip was different. I could tell right away when I landed in Bangladesh. We didn’t even know if we would be allowed inside the camp and this made me extremely nervous. But I knew I needed to stay the course and be patient. The Rohingya people deserve to have their story told.

Filled with so much trepidation before I entered the camp, I wasn’t sure what to expect. But upon entering, we were greeted with so much excitement and joy. I was overwhelmed with gratitude to be there and to shake the hands of men and women who had overcome so much to protect their families. To smile and look into the eyes of a child, letting them know they are not just another number or statistic. 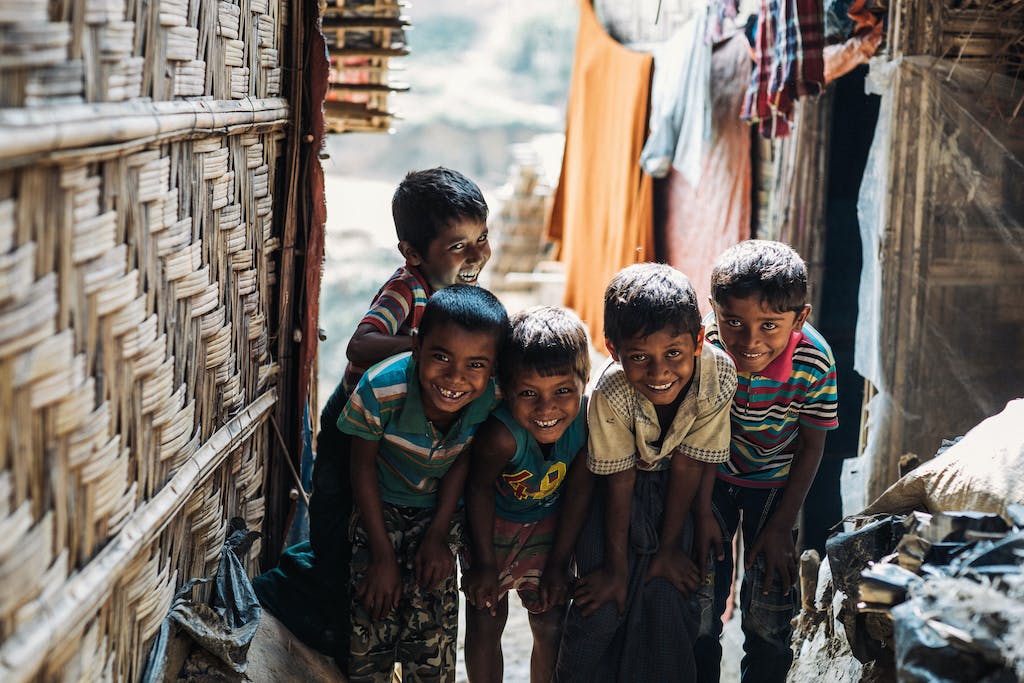 As mentioned above, hearing the story of Bennu and Darkar made an incredible impact in my mind and heart.

I found out during my visit that Bennu and Darkar have been married 40 years and have several children. When I asked if they had ever had their picture taken before, they said no. As I always carry a portable Polaroid printer with me, I told them I’d like to take their photo.

I took their photo and presented them with a gift of their very first printed portrait of them as a couple.

To be able to present them with this gift was so exciting and such an honor for me. This very moment taught me something about gifts. It’s not so much the importance of the gift, but what has led up to it. The gift of their very first portrait had nothing to do with the photo itself, but of what it took for Bennu and Darkar to get to this particular moment in time. And ultimately, this moment only exists because their story had led them here. The story of their strength, survival, and resilience against all odds.

I’m blessed to be part of a community of photographers and humanitarians that strongly believes in the idea of leaving something behind wherever we go. It’s not just about extracting stories — but sharing a kindness however we can.

For me, that’s through photos. Because every moment is sacred. You may hear the same story twice, but you’ll never see these people at these moments again. It’s so important to be able to leave them something behind that shows this sacred moment.

There’s one more memory that sticks out in my mind from this trip. While walking through the camp, I saw a lot of young boys making kites. The kites were made from whatever they could find around the camp — garbage bags, tarp, or grocery bags. Believe it or not, some of these kites were flying hundreds of feet in the air to where you could barely see them. But there was one special kite I honed in on that seemed quite unique. It was a small white grocery bag floating gently in the sky, lower than all the others–yet still giving that young boy so much joy.

As a creative, it was in that moment I realized when you see people in this destitute, seemingly-hopeless situation still creating things — that’s hope. It goes to show the significance of creativity in a culture and how important it can be to create even in the midst of pain. It’s incredibly healing.

I will never forget the sacred moments I spent with the Rohingya people during this trip. I learn more from all the people that I meet than I feel like I actually give. They help me understand the importance of community and they give me a beautiful picture of what that community looks like.

These people are fighting to find hope every single day they wake up. What a daunting task. That’s my biggest impression as I left this place. And while my photos have preserved these memories, my heart will also never forget.