Earth Day: A Day of Remembrance

April 22, 1970 seemed like any other Wednesday. Plopping down in armchairs all across the country, Americans flicked on their televisions for their daily update. They heard about Vietnam, the recently instituted draft, and the anti-war protests at home. The soft glow and warm hues of the CBS Evening News accompanied by the familiar, sure voice of “the most trusted man in America” beamed into living rooms. Walter Cronkite had reliably brought the news to Americans on every major historical event, from JFK’s assassination to the moon landings, the assassinations of JFK and Dr. Martin Luther King Jr. to the controversial Vietnam War.

On April 22, 1970, Cronkite shifted gears a bit from the steady drip of international and domestic strife. He introduced something new, something altogether different. It was the first Earth Day. Cronkite described it as “a unique day in American history…a day set aside for a nationwide outpouring of mankind seeking its own survival.” Over 20 million Americans, 10% of the country’s population at the time, participated in demonstrations, marches, cleanups, or public displays of one sort or another. A unique day indeed!

A Call to Action for the Earth

The tone of the first Earth Day was one of a fight for survival against the existential threat posed by damage to our environment. Perhaps it’s to be expected from a generation coming off a decade pockmarked by war, assassinations, tensions with the Soviet Union, and an often violent fight for civil rights. Demonstrators across the country railed against the environmental degradation that came along with the unprecedented growth of our industrialized, global economy. Their parents had fought world wars for their children’s generation. Now, their children were fighting for the survival of our generation.

Today, the existential threat on everyone’s mind is COVID-19. Those same trappings of our globalized economy: air travel, a rapidly urbanizing society, and democratization, are facilitating the swift spread of COVID-19 around the world. One by one, governments have imposed movement restrictions to slow the spread of COVID-19.

Ironically, 50 years after the first Earth Day, the resulting lowered emissions give us a glimpse of what a renewed Earth might look like. Satellite imagery shows these reductions in nitrogen dioxide over China. In Venice, Italy clear waterways boast similar results. Meanwhile, our world is a quieter place with fewer seismic vibrations from human activity, allowing seismologists to better understand the earth and its movement beneath our feet. As we retreat to the sanctuaries of our homes, you can almost hear Creation itself breathing a sigh of relief. 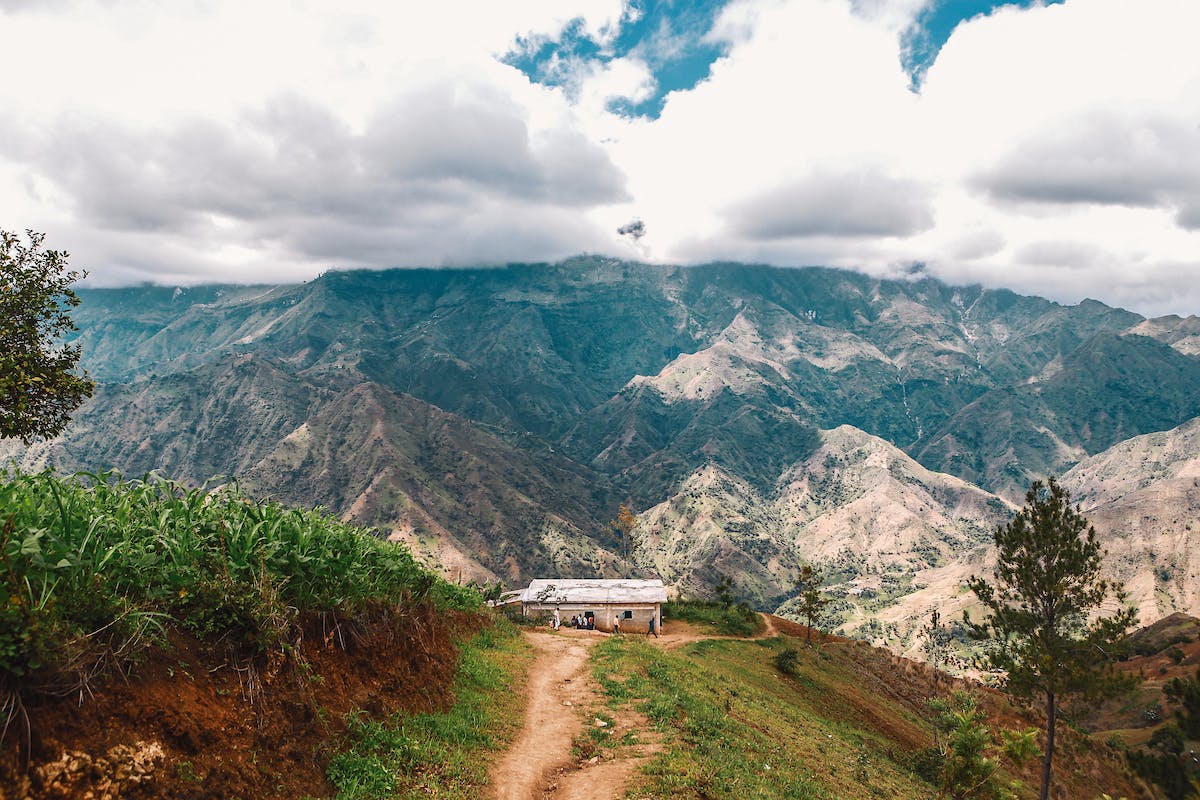 At Food for the Hungry, we argue that poverty is the result of four broken relationships: our relationship with God, others, ourselves, and with Creation.

Thankfully for us, God’s Story doesn’t stop at our brokenness. That brokenness has its roots in the original sin perpetrated in the garden of Eden. It’s the same brokenness that results in wars, poverty, and famine. The book of Romans describes how the created order was caught up in the Fall of mankind. It too “groans and suffers the pains of childbirth,” longing to “be set free from its slavery to corruption.” 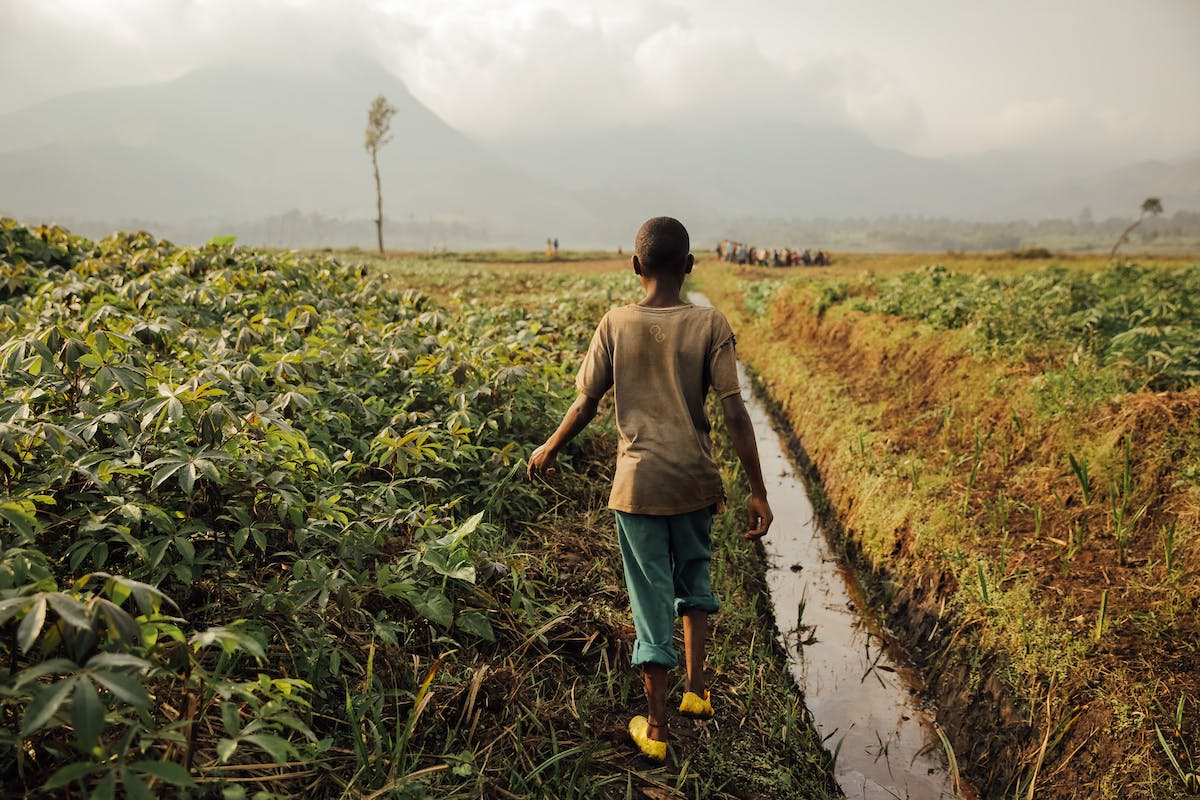 In eastern Democratic of Congo, over 914 hectares of land in the Nyalugana valley were inaccessible swampland. To combat this, FH installed canals throughout the valley to adequately channel water and prevent flooding of the plain. Now, approximately 13,000 households can farm and gain access to the land! In fact, it is one of the largest land reclamation efforts in the area.

Earth Day: A Day of Remembrance

In dark and trying times like these, God beckons us to draw near to remember His faithfulness and grace. Earth Day, for the Christian, is a day of remembrance. It provides a golden opportunity to remember the greatness of our God by remembering His creation. For instance, Psalms 104 describes God’s glory, comparing it to the created order: the heavens as His tent, the clouds His chariot, the winds His messengers.

Earth Day invites us back to the Garden, to remember our earth as God intended it: beautiful, whole, and good.

Earth Day invites us to remember God’s satisfaction when He looked upon His creation and saw that it was good. Perhaps we can remember Him by creating something ourselves. In the same way that God created man from the dust of the ground, you might remember Earth Day by making something beautiful from clay. In the same way that Jesus used dirt (mixed with a little spit) to heal the blind man, we too can find ways to bring healing.

Amidst our quarantined lives this Earth Day, perhaps we might renew our own gardens. We could find ways to heal broken souls around us with something as simple as flowers and a kind word. This Earth Day, with one accord, we can pray together that God would “renew the face of the ground.”

Living In The Balance: An Earth Day Reflection