Coming Together to Fight Misconceptions about AIDS

Friday, December 1 is World AIDS Day. According to the website, “It’s an opportunity for people worldwide to unite in the fight against HIV, to show support for people living with HIV, and to commemorate those who have died from an AIDS-related illness. Founded in 1988, World AIDS Day was the first ever global health day.” (Click here to read more.) Food for the Hungry (FH) knows that the risk of AIDS increases in the developing world, so we’re doing something about it.

The Misconception around AIDS

In the mid 90s, I was 5 years old. It was a time in the United States marked by AIDS epidemic. I have a 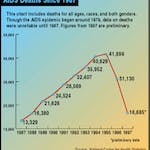 vivid memory of sitting in my kindergarten class and watching a VHS about AIDS. The main subject of the video was on the importance of not fearing people who have AIDS.

Many of you may remember that as the AIDS crisis rose in the late 80s and early-to-mid 90s, there were many misconceptions on how one contracted the disease. The VHS told our class of students that you couldn’t catch the disease through food, or through the air, or through saliva. The video told us that we could still be friends with people who had AIDS, and that people who had AIDS were normal people.

I’m sure reading this now in 2017, you’re thinking “yeah, obviously!” But at the time, HIV and AIDS were scary and people were making irrational decisions.

The problem is, these misconceptions still exist in other parts of the globe.

Josephine lives in Uganda and she knows about these misconceptions too well. Her husband was diagnosed with HIV/AIDS and they instantly lost all contact with his family. Their relatives refused to meet or speak with them. Because they had no support, they could not seek medical care. Josephine lost her husband.

She was then a young widow, left to care for her daughter and two sons. She tried and tried to convince her relatives that the children were not HIV positive, but no one believed her. Her family was isolated from her community because of the fear of HIV/AIDS. If that wasn’t bad enough, her husband’s parents did not have a full understanding of the disease. They thought Josephine must have been the one to kill him. These accusations drove her from her village and she went to seek refuge with her father. Unfortunately, he didn’t want her either.

Since she had no where to go, he changed his mind and allowed her to stay. As soon as she did, she became increasingly ill. Her neighbor took her to a government hospital where she was revealed to be HIV positive, too. 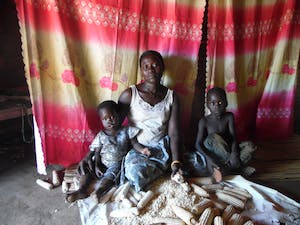 Josephine sits with two of her children.

When Josephine returned home to her father, things were worse than ever. He beat her and told her to commit suicide. He would not eat food that she prepared, and he would rarely talk to her.

Josephine fell ill again and this time it was worse. She was readmitted to the hospital and her neighbor told FH Uganda all about her case. FH staff stepped in to do intensive counseling and help Josephine see that her life was still so valuable.

FH staff counseled her father two and he agreed to let her take more medical tests. After the tests, she was able to take Antiretroviral Therapy medications. Now her life is headed in a new direction.

Her testing and treatment continued and condition improved! FH staff gave her training on how to live a positive life. FH staff designated Josephine as an “expert” client. Now she takes other HIV/AIDS positive people with her to the medical center. She attends every support group meeting and program. FH counseling has changed the opinions of her father and other relatives. Now they understand the disease better and know that Josephine is no risk to them.

They are all living their best lives as Josephine’s health improves and their familial bonds grow!