The Impact of Child Sponsorship: From Sponsored Child to Staff to New Mother 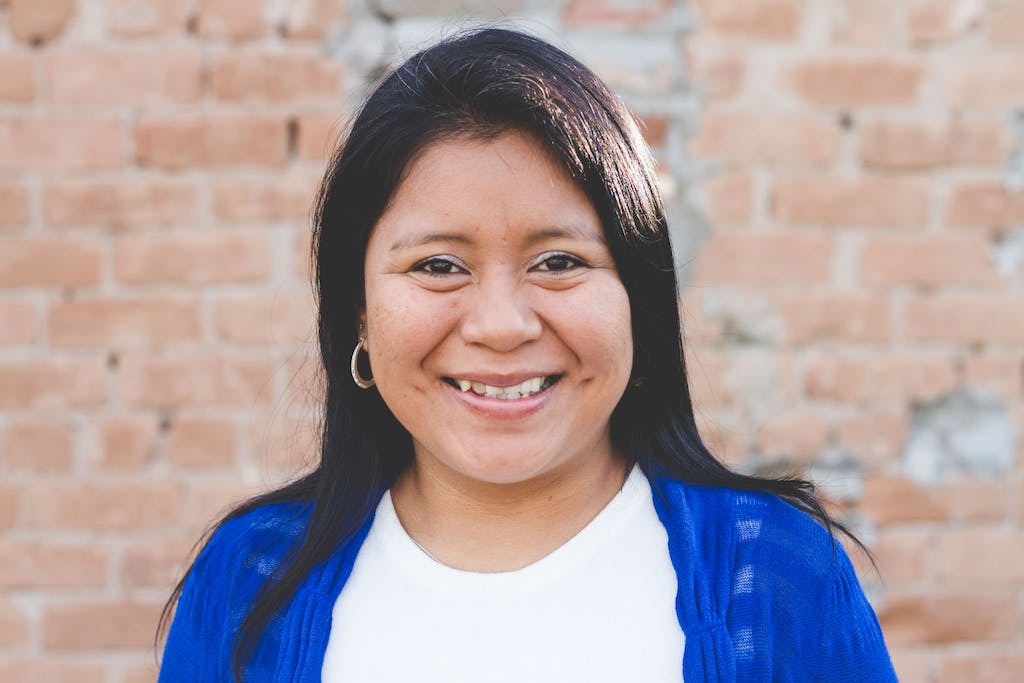 Amalia began as a sponsored child and now is FH staff!

When FH staff member Amalia was a little girl living with her family in Guatemala, she remembers how “friends” would visit her class at school, bringing stickers, playing games, and singing songs of hope and joy. Her teachers would instruct the class: “Thank you to our friends at FH!” As a sponsored child, Amalia participated in school events and Vacation Bible School (VBS) activities hosted by Food for the Hungry (FH). Recently, Amalia shared that when she thought about FH at this time, she always associated FH with “happiness, joy, and celebration.” As a young child, Amalia learned from FH about the love of God and the fact that He had a good and beautiful plan for her life.

An Update from Amalia…

A few years ago, FH asked Amalia to share her powerful story. She grew up from a sponsored child in FH’s program to a full-time FH staff member who uses her gifts to serve others and continue helping communities and families in poverty. Since then, Amalia’s life has changed in some big ways. She’s married now, and recently welcomed a little baby girl of her own into the world! With those big changes in mind, we asked Amalia to share how she thinks about the impact of child sponsorship now that she has a child of her own.

Watch Amalia’s story and then read below how motherhood has given her a new perspective into the love of God and the vision He has for all children… And especially the most vulnerable.

When Amalia began working for Food for the Hungry in 2009, it was after she returned to Guatemala after two years in the United States for a scholarship program. She wanted to find a job where she could continue practicing English. When she originally was offered the job, she paused. She could certainly make more money working somewhere else! But Amalia’s father asked her, “Where will your heart be most joyful? Will you be the most content from making money? Or from seeing your passion fulfilled?” Amalia concluded that her life would not be about money…it would be about going where God called.

To her surprise, God began using Amalia’s work at FH to draw her closer to Him. She described this transformation, saying, “I was supposed to lead devotionals…and I realized I was empty. My spiritual life was so dry. God invited me to go deeper and find him again.” And now, Amalia sums up her work at FH as one way where she gets to see people find hope again…because they have hope in Jesus. 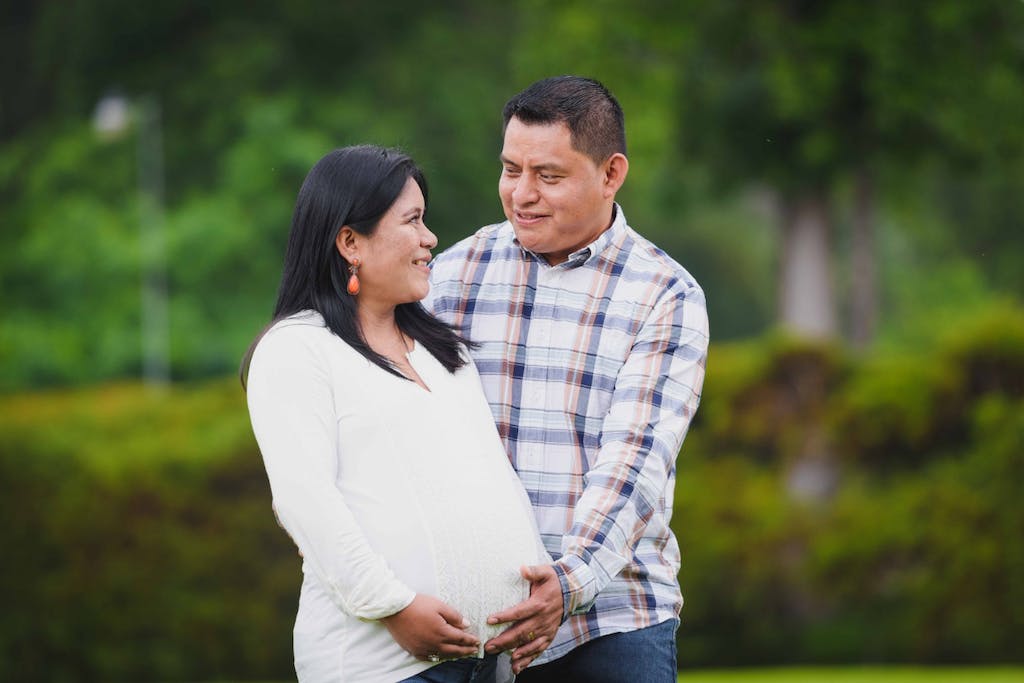 Amalia and her husband Amilcar before the birth of their daughter in summer 2020.

As Amalia works with FH for the mission of ending all forms of human poverty, focusing on children in vulnerable communities, from sponsored child to staff member, Amalia has been part of this work. But when she gave birth to her first daughter, Laylah, in summer of 2020, she began to see God’s vision for all of His children in a new way.

Laylah was born right in the middle of the pandemic. In the midst of this uncertain and scary time, Amalia and her husband faced fears of all kinds. Would they be able to deliver safely? What if their hospital had COVID-19 patients? Would they catch the coronavirus?

Thankfully, Laylah was born safely and has had a happy and healthy first few months of life. “Every little milestone of hers has been a huge blessing,” Amalia said. “The first time she smiled…it melted our hearts. All of these little changes in her have kept us so grateful and praising God in everything. We are in awe.”

Perfectly and Wonderfully Made 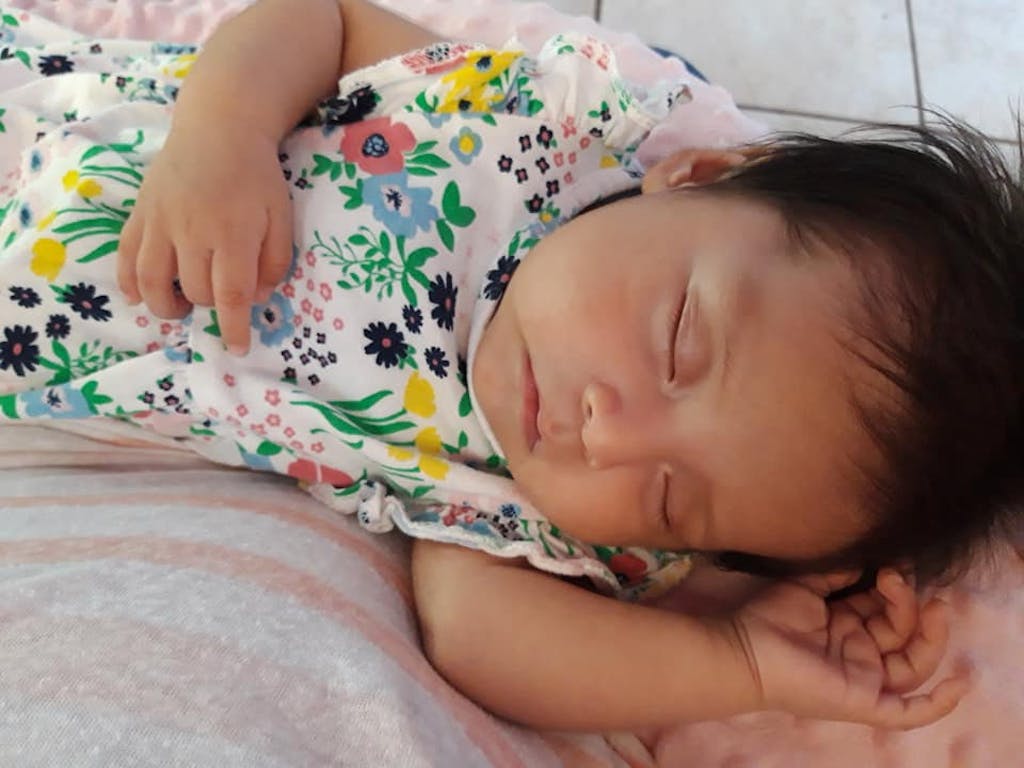 And, as a result, Amalia shared, “Seeing her tiny toes or her mouth, her little eyes… she’s so cute and so perfect! It’s been like, ‘God, you are so awesome! You created this little person!’” While she understands God’s handiwork in a new way, she also says that holding her little daughter has also given her a “softer and more compassionate heart” for all children, especially those in vulnerable situations.

Amalia shared, “Seeing this little baby has just made me in awe of all the potential little kids have. How many kids does FH [serve]? They all have the same potential! The risk is whether that plan will be fulfilled. Will the resources they need be available for that?”

Children in poverty around the world face so many challenges. They are at risk of not having enough food to eat. Of their parents not knowing what to do, or not having the resources to help their children grow up healthy. As a new mother, Amalia knows that she and other parents, “have a lot of responsibility to become God’s instruments to nurture their children” and need a strong community of support to help them. Amalia laughed when she thought of herself and her husband as new parents, saying, “With just the two of us here, we couldn’t survive a week! We have had a lot of help, prayer, food, and advice. The parents of FH’s sponsored children have the same needs.” And in so many ways, FH helps parents gain that community. 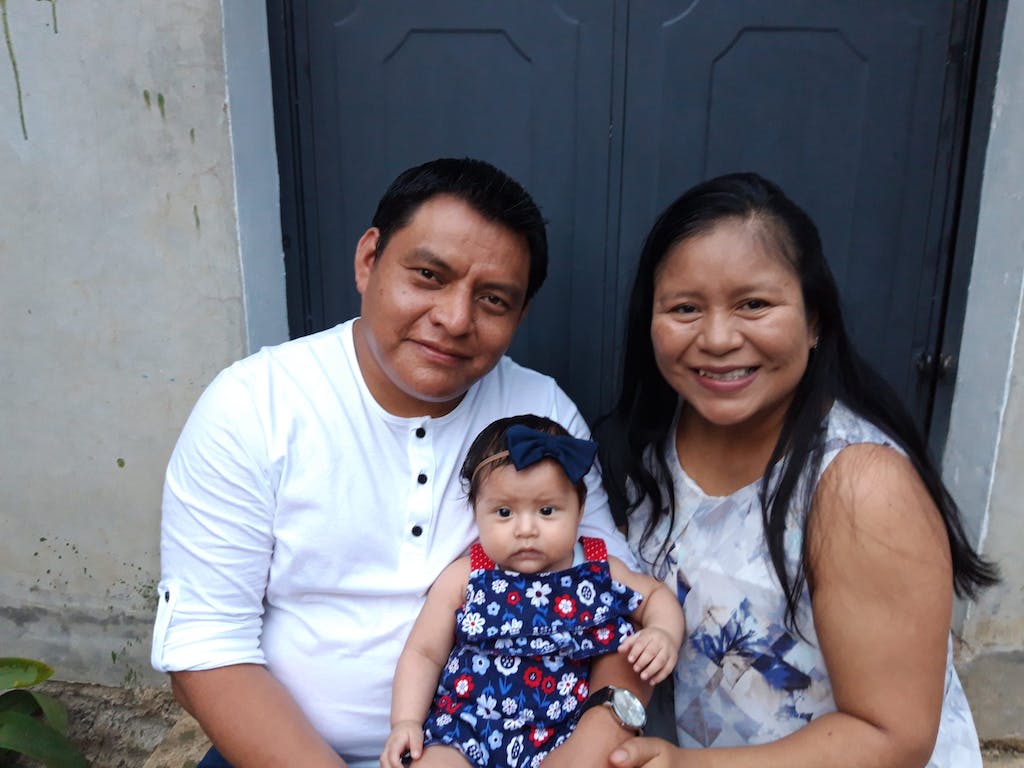 While we think about sponsorship as serving the child, FH’s approach means that child sponsorship serves parents, young moms, and dads, helping them understand what their children need and meet those needs. The ripple effects go far, impacting entire families. And, Amalia reflects, FH’s child sponsorship program is about more than just nurturing little bodies — it’s about equipping parents to feed little souls starting at an early age.

Now, when Amalia sees little children suffering, she says, “It breaks my heart…but I can’t imagine what God feels when he sees His little ones suffering. I’ve been praying a lot — God, send your angels to that little person, that they would be nurtured.” FH comes alongside parents to help them know that their children are a gift from God. And learn how to be good parents who are equipped to provide. Amalia says,

“Sponsoring a child or giving to FH is the best way to reach out to many, many children. It’s a way of reaching all of the children in a community, to help them reach their full potential.”

When sponsors give to FH, they become part of helping communities thrive. Thank you to all of FH’s sponsors. You give faithfully in response to God’s call to respond to human suffering and end all forms of human poverty. From a former sponsored child to current staff member and new mom, Amalia wants you to know: when you give to FH, you make “a life-changing impact for children and their families.”

God blesses the vulnerable through you.

If you would like to be part of the life-changing impact of child sponsorship as Amalia describes above, sponsor a child today!

More About the Impact of Child Sponsorship: