Buried Under a Landslide, Hope Springs Forth in Nicaragua

Arling is a farmer in Nicaragua living in Teocintal, a community where many farmers like him produce no more than 20 quintals of beans. At 20 quintals, or approximately 2,000 pounds of beans and corn, Arling made just enough to survive and pay rent on the land they used to grow the crops. But he was not thriving. He didn’t have ample opportunity to sell his produce in the marketplace, which would have increased his household income to pay for his children’s education and improve their quality of life in general.

Lack of technical skills, financing opportunities, and very little land to grow presented serious challenges to Arling and his family. They had always grown beans and corn crops, but production was minimal.

When the Landslide Hit 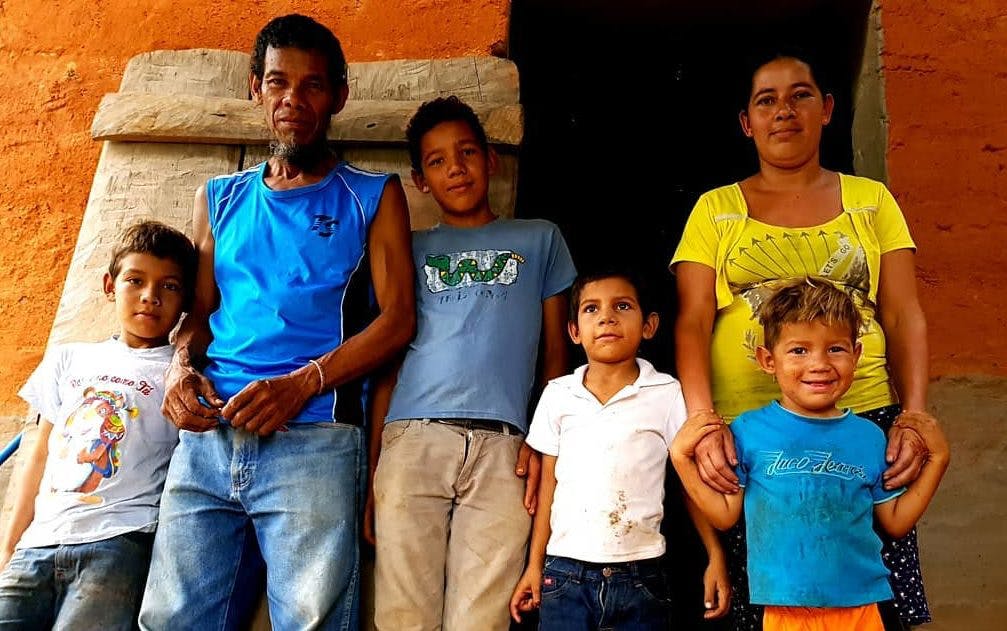 Arling, a bean and corn farmer in Nicaragua, stands with his wife and four children after miraculously being saved from a landslide.

Arling and his family were asleep one night when suddenly a huge landslide buried them underground. Their home was instantly destroyed. His wife and four children were buried while Arling, still conscious underground, invoked the living God to give him the strength to come out and save his family.

After physically struggling with the mud, Arling came out. He was not able to see anything in the deep darkness of the night, but God gave him wisdom and shone his light. Arling says God pointed him to where his wife was buried. He instantly started to pull her out of the mud. As she came out, they both yelled for help and some community leaders ran to help them. Several hours later, they were able to find their children and by the grace of God, they were alive.

The disaster caused material loss from his house and things–things that his family needed, and things that his family missed. But along with that loss, the landslide created even more debt. Arling was forced to borrow money from others to essentially start his life from scratch again. In the interim, his children were not attending school because Arling and his wife could not afford it.

There was not even food or water on the table some times. And Arling did not have technical assistance to start producing beans more efficiently to generate the income he desperately needed. 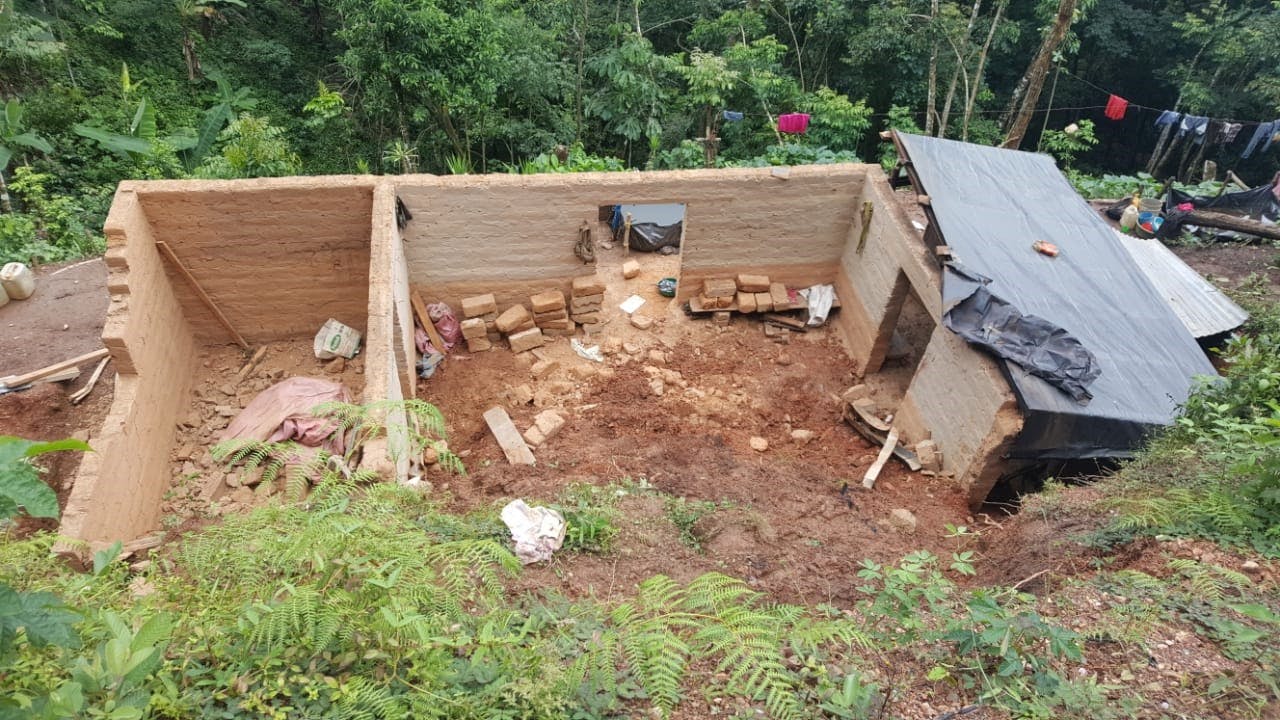 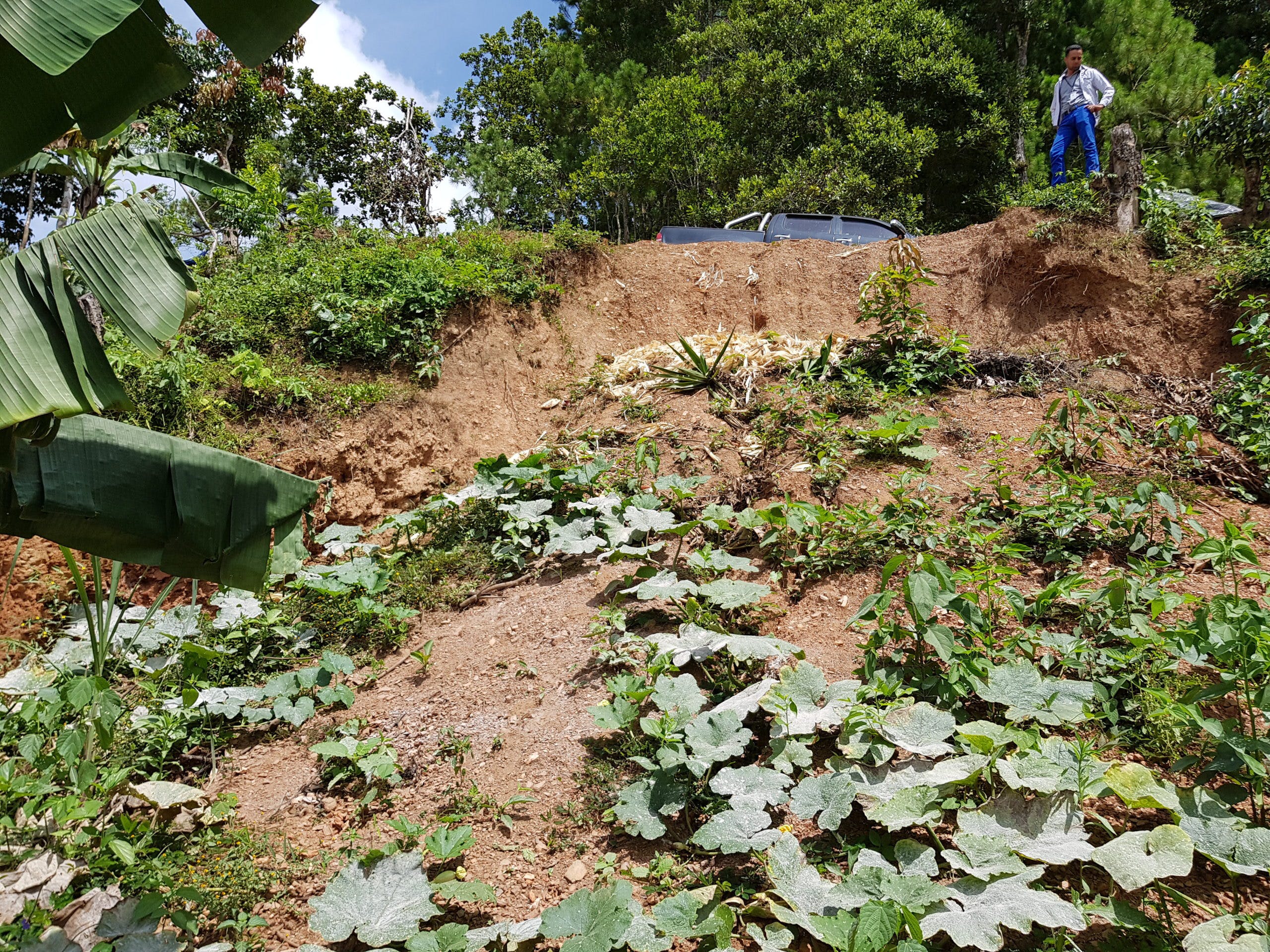 After the Landslide: Hope

Arling had some experience working with a local production cooperative before the landslide, and even afterward, he remained engaged with the cooperative’s meetings. At one meeting, he was invited by one of his friends, a facilitator for FH, to attend a leadership workshop.

Soon enough, after attending the workshop, Arling became looked to as one of Teocintal’s leaders. As he began to learn about the benefits of savings groups, his hope began to rise again. If they could pool together their finances, they could stay accountable with their savings, and take turns taking out larger loans for business investments. Excited, Arling took the initiative to start a savings group with other farmers. From taking loans to buy more land for growing crops to mobilizing resources to take their product to the marketplace, the savings group became a huge blessing. All the farmers in the group benefited.

FH also assisted in building a water reservoir, which helped guarantee both drinking water and irrigation for crops. They no longer have to walk miles to get some water. As he was gaining momentum and success, Arling started to rebuild his home. Together, with the help of local leaders and FH staff, they shouldered the hard labor together. Finally, Arling had a home once again. 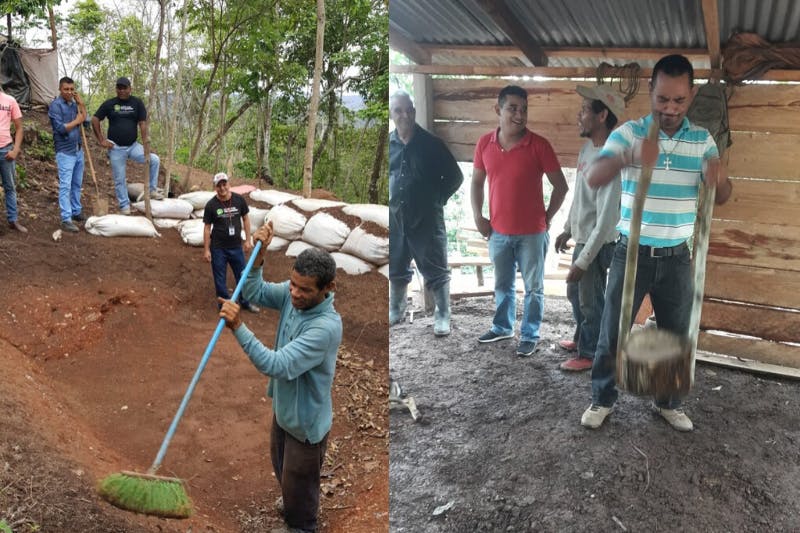 Life After the Landslide

Together with his beautiful family, Arling today is living a more peaceful and more productive life. In fact, now his crop production has increased to 40 quintals, or approximately 4,000 pounds of beans and corn. That’s more than double what he used to produce! Arling reflects in his own words below.

“I feel grateful with God and FH. I want to keep moving forward with work, family, and my community. I am very happy and excited because God is using us to expand His Kingdom and is using others around us for this same endeavor.”

Arling recognizes that God can give or take away from us in particular moments of our life, but that everything in this world is temporary. Rather than solely focusing on rebuilding houses, He wants us to use our full potential to rebuild God’s kingdom. In the process, our hearts and other areas of our lives can be rebuilt, as well.

God’s Story: How to Persevere When Life is Hard