Not far from the magnificent Angkor Wat temple in Cambodia, the world’s largest religious monument in the world, there is an area where landmines of a dark past remain hidden underground. Located along the northwest border with Thailand, this corner of the country surrounded by rice paddies and forest-covered mountains feels like a world away. Yet this small community in the Svay Leur district is carving out its own wonders.

The Disabled in Cambodia

In this community, most people are disabled or have a family member who has been disabled by war. Unfortunately, this is not a unique reality in Cambodia. In fact, some 40,000 Cambodians are amputees, one of the highest rates of landmine injuries in the world. The country is still living in the aftermath of the repressive Khmer Rouge regime, responsible for the genocide of two million people in the 1970s through failed agricultural reforms that led to famines. It left behind a legacy of landmines. Some organizations like the Cambodian Mine Action Centre (CMAC) estimate there may still be four to six million mines across the country.

To this day, most of the injured are of working age. Although a third of those killed by landmines are children, 87 percent of landmine survivors are men over age 15. That was the case for Tab Yong, who accidentally stepped on a landmine in 1996. The same for Sao San, who stepped on a mine in 1981. The impacts are felt economically—households headed by individuals disabled by war or landmines experience poverty levels three times higher than disabilities due to other causes—but the impact also has deep societal costs. In Cambodia, the disabled are seen as a drain on society. They are shunned, poorly treated, and not highly valued. They lack access to decent healthcare and government assistance, which makes them an even bigger burden on Cambodian families and communities. Some are also former Khmer Rouge, further complicating community relationships, even decades later.

In Svay Leur, the Disability Shop has changed that.

Over time, this community has become a beacon of inspiration for the disabled and abled alike, all because of a humble project that quickly blossomed into something much bigger: a grocery co-op run by a group of disabled individuals from seven neighboring villages. Food for the Hungry (FH) was already working in the area when it recognized the disabled community’s daily hardships to cover day-to-day needs for their families.

For disabled women like Phet Heam, who stepped on a landmine in 1993 after going in search of mushrooms in the forest near her family home, life was even harder. Her difficult situation got worse with an abusive marriage to a man. Though she worked as a tailor and sold rice cakes, her husband drank and gambled away the little she could earn. After divorcing her husband, she had to feed two small children on her own.

FH conducted community meetings to learn more about the aspirations and challenges of these victims of war and discussed the idea of a community shop. Once it was broached, it was hard to keep the excitement from growing. Phet was entranced. The idea took root. Little by little, people began putting up their share of the cost for a shop, recruited new members, and chose a location. Before long, the disabled community was learning record keeping and other business skills.

The shop, which started as a small grocery store, is growing fast. Now, it is a general store that sells daily staples, seasonal products, and school materials. They even sell gasoline, which is one of their best-selling items. 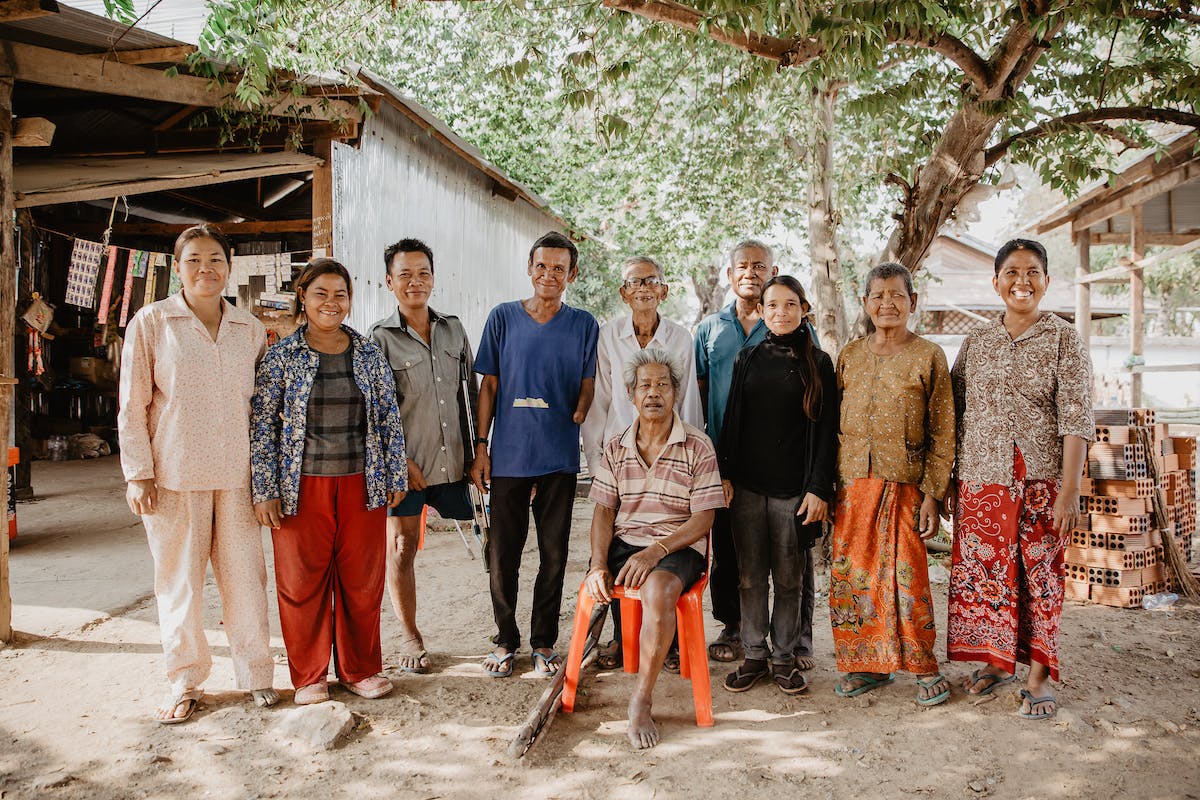 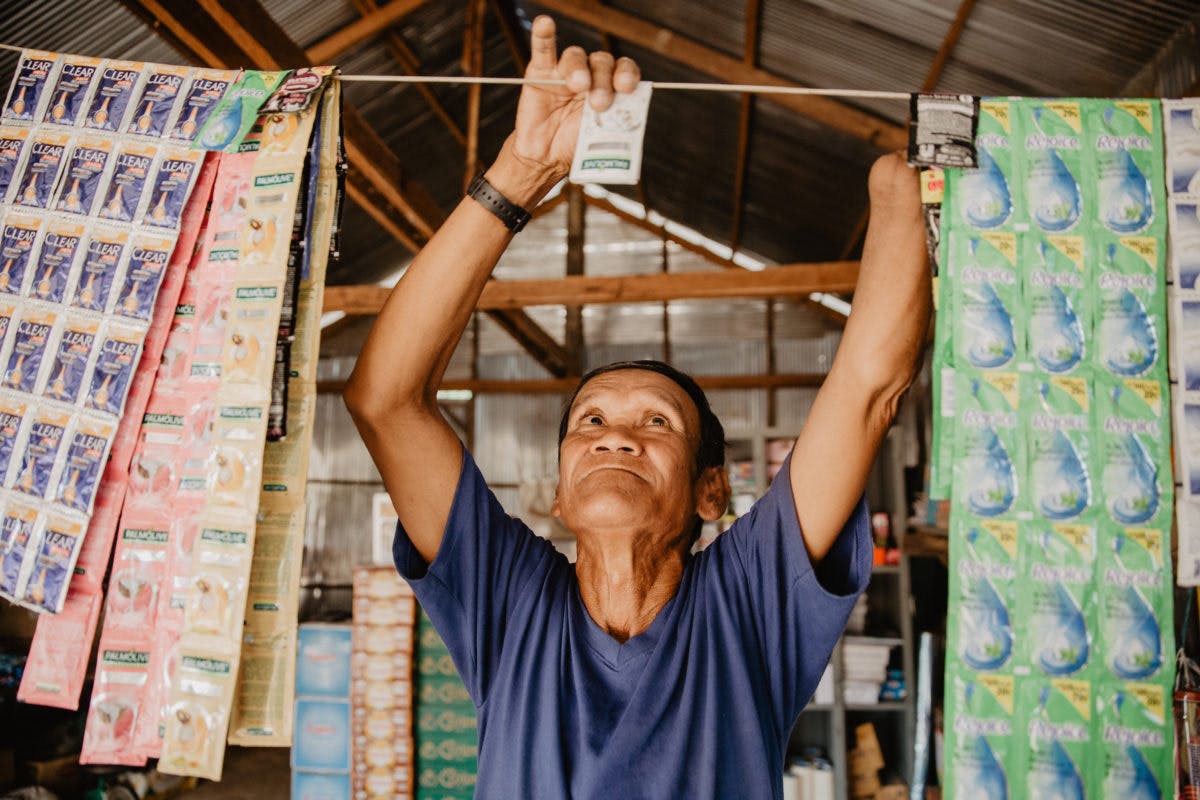 Turning Over A New Leaf

Since it opened doors three years ago, profits have nearly tripled. Now, the grocery co-op has 46 shareholders who have responsibilities and a say in its operations. Their children are prospering against the odds. Families like Phet’s now have money for supplies like school uniforms, study materials, and bicycles. For Phet, she was able to discover her own potential and as a result, allow her family to flourish. Her children are healthier because they now drink purified water and maintain adequate sanitation. She remarried and even expanded her own tailoring business—while actively participating in village development activities.

For this group of 46 disabled individuals (and counting), the grocery shop was like turning over a new leaf. Those who once “bowed their heads in shame” now lift their faces “with courage and unity,” described one FH staffer. The disabled community is now celebrated by their village peers; the community goes to them for advice. Most of all, they have built their own community. 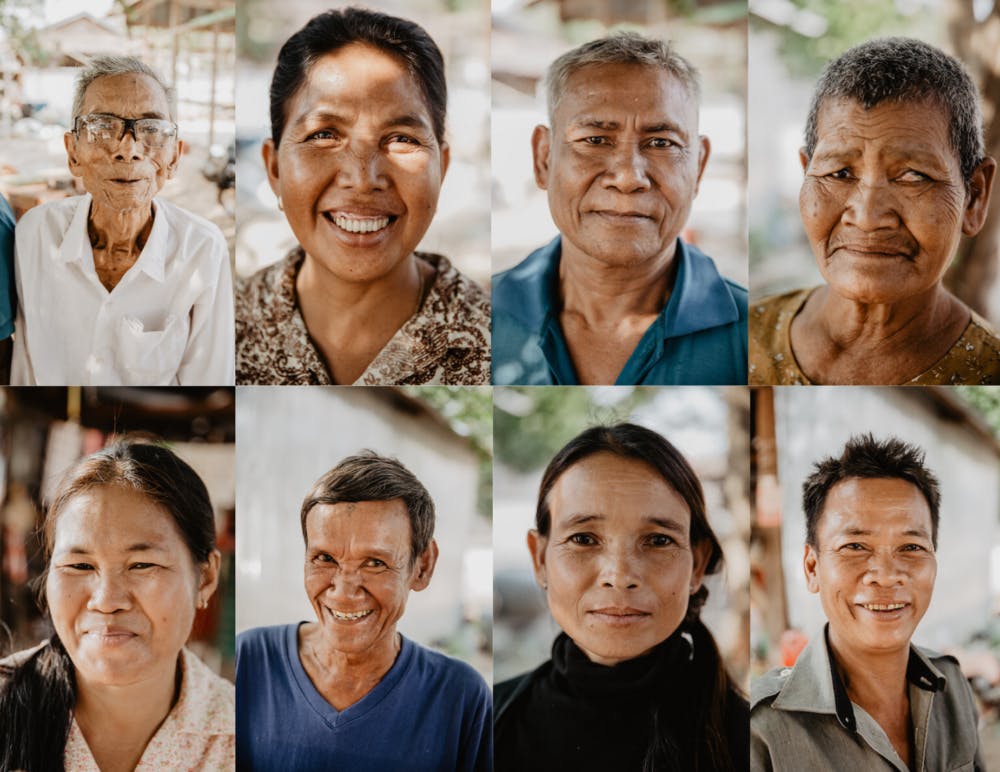 Some of the members of the disabled grocery co-op pose for portraits, including Phet Heam (bottom left corner). After stepping on a landmine in 1993, she has since rediscovered her own value as a contributor in the store and providing for her family.

Lives change when individuals are able to work, support a family, and feel valued in their community. What started as seven communities of disabled people banding together around a shared vision created true transformation. Now, the Disability Shop’s success is multiplying: two neighboring regions are working with FH to replicate this model. Soon, their own disabled communities will open shops of their own.

Through the grocery shop and the miraculous power of reconciled community, one thing is clear. The human spirit can heal, even when the physical wounds of war and landmines cannot.

11 New Items to Give in this Year’s Catalog