What Is the Meaning of “A Camel Going Through the Eye of a Needle"?

One of the most well-known Scripture passages about wealth is also one of the most confusing. Why does Jesus compare the wealthy with camels, and is He really saying that the rich won’t make it into heaven?

The scene takes place in Judea, where Jesus has just finished an illustration about welcoming children into His Kingdom. A rich young man comes up to Jesus and asks Him how to inherit eternal life. Jesus tells the young man to keep God’s commandments, which the man quickly claims to have kept. “What do I still lack?” he asks. (Matthew 19:20)

Jesus answered, “If you want to be perfect, go, sell your possessions and give to the poor, and you will have treasure in heaven. Then come, follow me.”

When the young man heard this, he went away sad, because he had great wealth.

What’s immediately obvious is that camels are far too large to fit through the eyes of needles. It’s ridiculous to even suggest it. So what is the meaning of that verse? Was Jesus really saying that rich people can’t enter the kingdom of God? Let’s look more closely at the passage to see what we can learn.

Camels, Needles, and the Rich

If Jesus was talking about an actual camel and an actual needle, then the rich are in big trouble. Commentaries suggest that He may have been saying something different. The Aramaic word for “rope,” kamilon, was almost identical to the Greek word for “camel,” kamelon, which appears in the verse. Some scholars say that the word was misspelled, and so Jesus may have been making an analogy to threading a thick rope through the eye of a needle, not a large animal. In other words, He may have been referring to something extremely difficult, but not impossible.

Other commentators suggest that, at that time, there was a type of small gate called a needle. Still, others insist that Jesus’ statement was as absurd as it sounds, actually referring to our same notions of camels and needles.

There are several potential explanations for what camels and needles could have meant in Biblical times. However, all of them point to the same lesson: Jesus said that it is extremely difficult, if not impossible, for a rich person to enter His Kingdom.

In fact, when the disciples then speculate that no one can be saved, Jesus replies, “With man this is impossible, but with God all things are possible.” (Matthew 19:26)

Jesus himself settles the question: He was intentionally referring to something impossible. 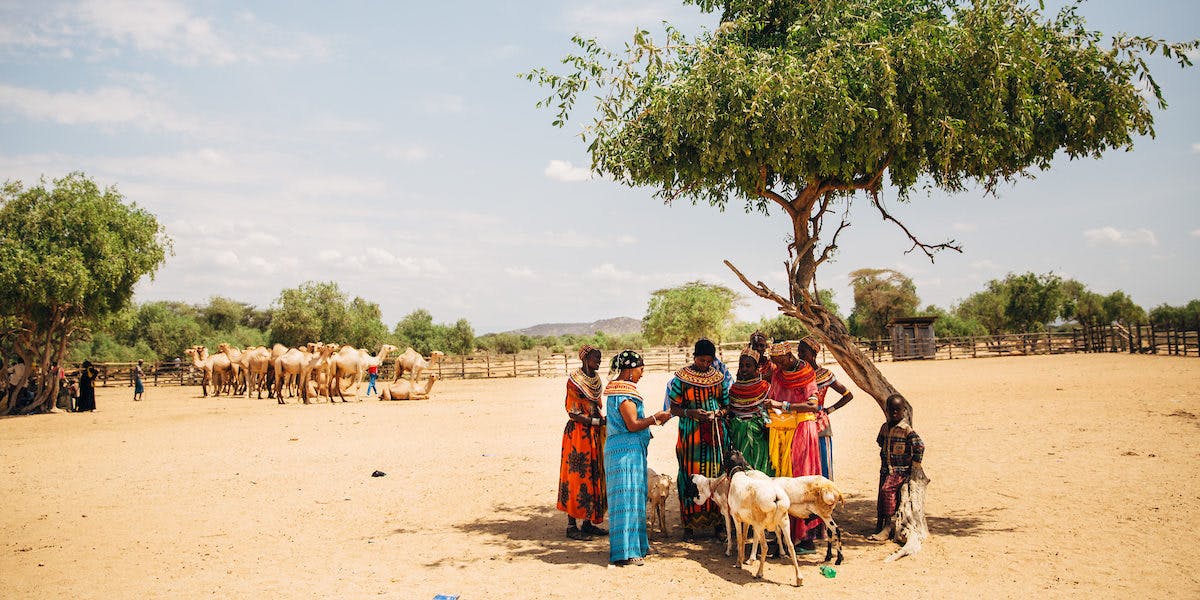 If you’re reading this article and thinking of the rich as billionaires who lead Fortune 500 companies, you may need to reset your idea of wealth. Worldwide statistics show that, in fact, you are probably one of the world’s wealthiest people. According to a paper from the World Bank in 2012, if you make more than $50,000 annually, you are in the global 1 percent.

Now, compared to others in your geographic area, you might consider yourself to be middle class, or your income may even hover near your local poverty line. But if you know how to read and write, if your home has electricity, and if the device on which you are reading this article belongs to you, chances are that you are in the top tier of the world’s most wealthy people.

Understanding ourselves as wealthy changes our mindset. Rather than seeing Jesus’ teaching about wealth as a lesson for others, we must examine ourselves.

Can You Enter Through the Eye of a Needle?

Let’s not forget that Jesus did give the rich young man an option. It was the man’s choice not to sell his possessions and give to the poor.

Notably, Jesus began his instruction with, “If you want to be perfect…” From the arc of Scripture, as believers, we understand that we can never be perfect. In fact, Jesus came because we can never earn our way into heaven.

Still, Jesus was giving the man a test of his willingness to follow God. The man did not obey.

Jesus saw that the young man’s heart was not completely devoted to God. He was keeping all the rules, but his response to Jesus’ command revealed that he hadn’t taken the action of following Jesus. If Jesus asked the same of you, would you obey? 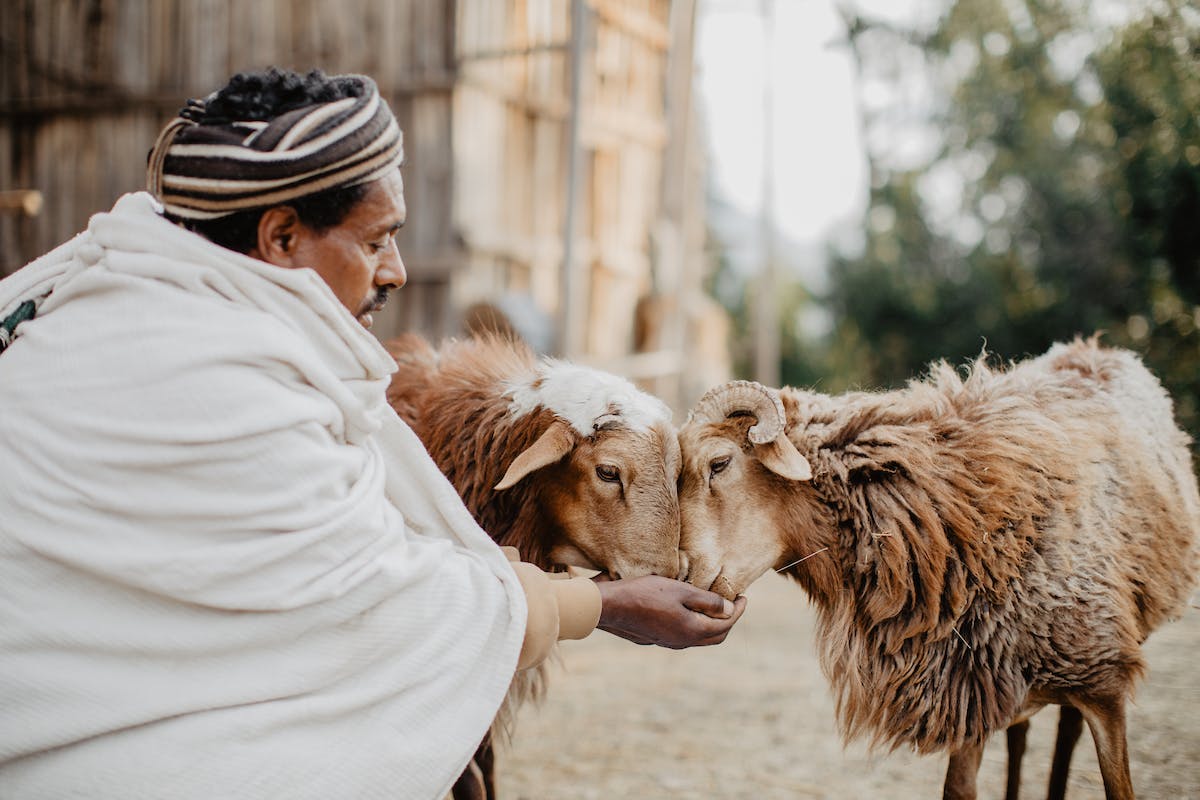 The Grip of Money

Wealth has a curious effect on the human heart. Far from being neutral about the way we use our money, God devotes many words of Scripture to help us develop a proper heart posture toward it. In fact, the Bible mentions money, wealth and possessions over 2,000 times! In His Sermon on the Mount, Jesus points out that money and God are rivaling masters. If you love money, you will despise God. He says, “You cannot serve both God and money.” (Matthew 6:24)

Is money bad? Scripture never says so, although it does say that the love of money is the root of all kinds of evil (1 Timothy 6:10). We don’t see prohibitions about earning, using, or saving money. Proverbs 21:20 tells us that “the wise store up choice food and olive oil, but fools gulp theirs down.” Wealth is a ferocious master, but it can be an excellent servant.

On the other hand, we cannot ignore that in Scripture, being part of the Kingdom of Heaven is linked to financial generosity, especially for those who are rich. When the wealthy tax collector Zacchaeus followed Jesus, he pledged to give half of his possessions to the poor (Luke 19:8). In Jesus’ parable of the unnamed rich man and the beggar Lazarus, the rich man who did not show generosity to Lazarus found himself in eternal torment (Luke 16:19-31). Zacchaeus’ treasure was in heaven, and so he was generous with his treasure on earth. The rich man’s treasure was on earth, and he was left without an inheritance in heaven.

So if we are rich, and if Jesus is warning of the dangers of riches, what can we take away from this passage?

First, check your dependency. Are your thoughts focused on God, or on money and possessions?

Try this exercise: Think of something you are hoping to purchase soon. Do you believe that purchase will bring you happiness? Can you be content in Christ, even if you don’t buy it?

Second, we have much to learn from those in poverty. If wealth obscures our view of God, poverty can bring sharp clarity. Seek out opportunities to spend time with people who have experienced daily dependence on God’s provision. Child sponsorship is a great place to form this type of relationship with a family living in poverty while practicing Jesus’ instruction to be openhanded with those in need.

Third, use your wealth for good. It’s a simple concept that pays powerful dividends for the posture of our hearts. Jesus told the rich young man to give his wealth to the poor, not to throw it in the Jordan River. He is asking us to come to Him with the perspective that all we have belongs to Him. Whatever He asks us to do with what we have, our answer is to be, “Yes, Lord!”

Finally, thank God for making a way so that even the wealthy can approach His throne! “With man this is impossible, but with God, all things are possible” (Matthew 19:26). Used in the right way, wealth is a blessing that we can steward God’s finances to bless the kingdom at large.

Celebrate the Resurrection with a Kenyan Easter Song