How a Chicken Can Change a Life in the Congo

In the Democratic Republic of the Congo (DRC), some children are so hungry they have trouble concentrating on their lessons in school. Oftentimes, they may go for days without food.

Although the children are eager to learn, the pain that accompanies malnutrition makes it difficult to concentrate. Breakfast, which we take for granted, is not even on their menu. Many of them subsist on a daily diet of gruel made from corn paste. A staggering 46 percent of children under the age of 5 are stunted in their growth or are severely malnourished.

In partnership with the USAID/Food for Peace program, Food for the Hungry and the NGO, Search for Common Ground, are implementing a Development Food Assistance Program that will target 63,210 households in eastern DRC with food, security, and health interventions. 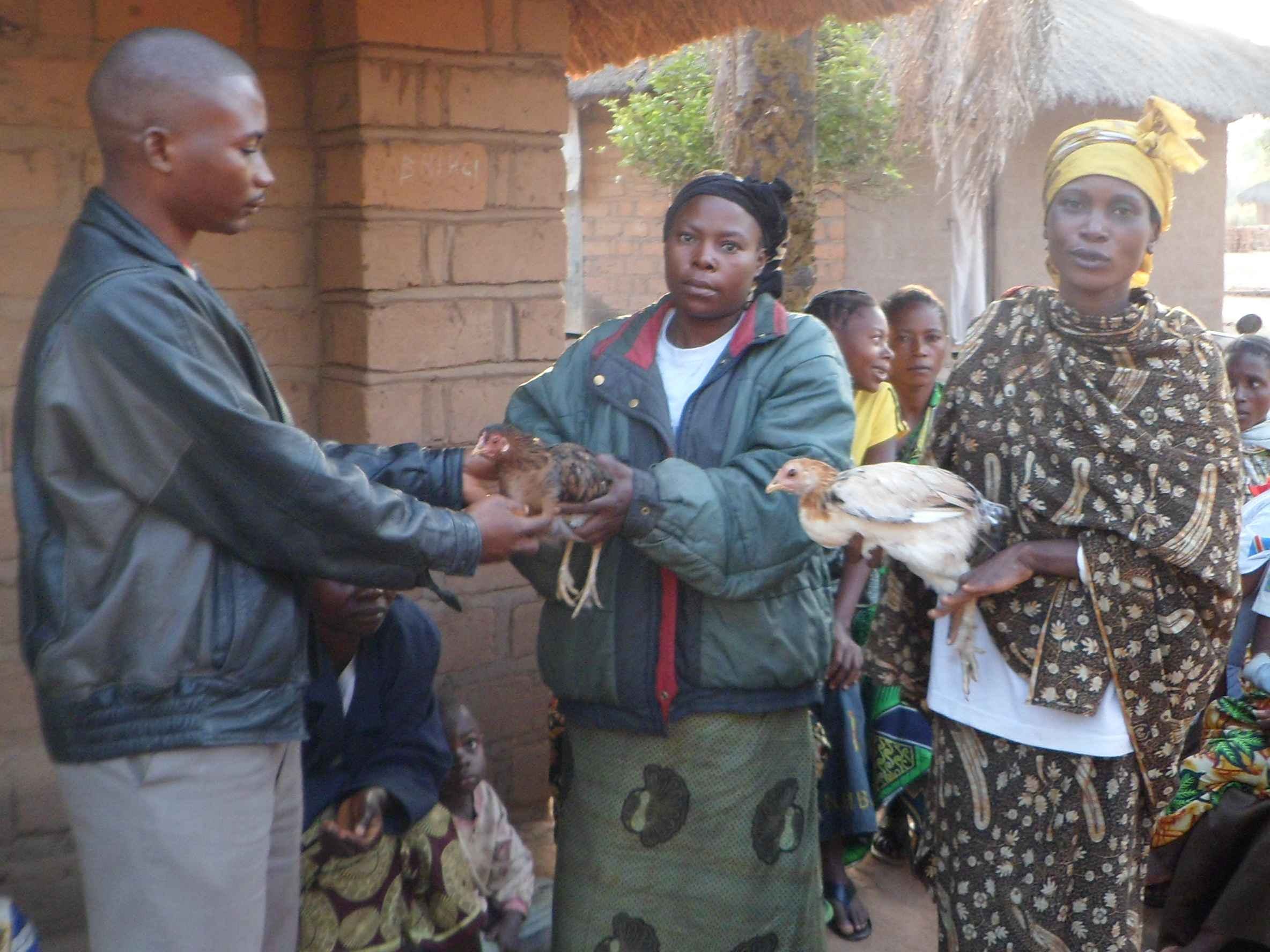 Women in Care Groups are trained by FH to raise chickens to feed their families and provide income to the family budget.

Kyala Bangwe Ernata, a mother of five children, is a member of FH’s Care Group in Kanengela in Kalemie territory, in the eastern DRC.

Kyala received a chicken from FH in March 2014. Within less than a year, she has been able to distribute chickens to nine other women in her community. Before the project, her family and others in the community rarely ate protein. Using the knowledge Kyala received from her FH health provider, she has been able to educate mothers and other women in her community.

Kyala’s willingness to share with her community has helped her and her friends to have better dietary diversity in their households, built stronger networks between women and girls, and created economic opportunities for the poor in rural eastern DRC.

This is just one area where USAID/FFP and FH are committed to empowering women and girls to create healthier, sustainable communities. By donating the gift of chickens from Food for the Hungry’s gift catalog you can help to make a change for a poverty-stricken family in the DRC.