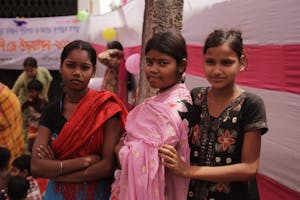 Bangladeshranks fourth in child marriage in the world, and the average age for girls is 15, but often they are much younger.

On my recent trip to Bangladesh, I found myself asking a lot of questions regarding the issue of child marriage.  “Who am I to say marriage at 15 is too young?  It’s just a cultural thing; why should we change another culture?  How can a parent marry their child so young?”

When parents have the opportunity to wed a girl early, they raise the chance of success for the boys in the family. The cultural norms of payment of dowry and protection of chastity support the ongoing practice of early marriage in this country.

So which is it: Early marriage, or all the children getting fed?

In contrast, the age of readiness for marriage in the U.S. is a personal decision. If one gets married under the age of 18, in most states, you still have to get a parent’s consent.

In Bangladesh, you need the consent of a parent not to marry, and sometimes it is not up to the parent.  It is customary that the oldest male child in the family makes the decision, i.e. if the father of the bride’s older brother says it’s time to get married, you get married.  So, a mother or father could be against marrying a child young, but if the eldest uncle wants it, the parents must stand in courage to prevent it.

This is how it is in Bangladesh for many families who are poor in rural communities, but Food for the Hungry is standing with communities to bring change.

Recently, I spent the day with my sponsor child, Rahki Basfor who just finished the 6th grade and is going to secondary school this fall.  If not for the intervention of Food for the Hungry, Rahki could be facing marriage soon.  She is an eleven year old girl from a lower caste Hindu society and has double the odds stacked against her. 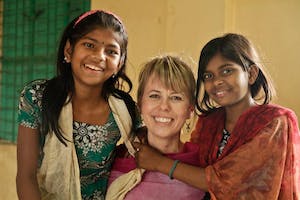 Fortunately, the women in her community participate in a learning and savings group, and as a community they have decided to prevent underage marriage.

“Walking with families…” is a healthy approach to community development.  Preventing child marriage is not just a “good idea” from the West, but rather it supports the desires of women living in extreme poverty who want to see change in their communities.

Together, banded in a Food for the Hungry savings group, these women have the power to bring about the social change that they could never do alone.