Why Christians Should Care About Literacy 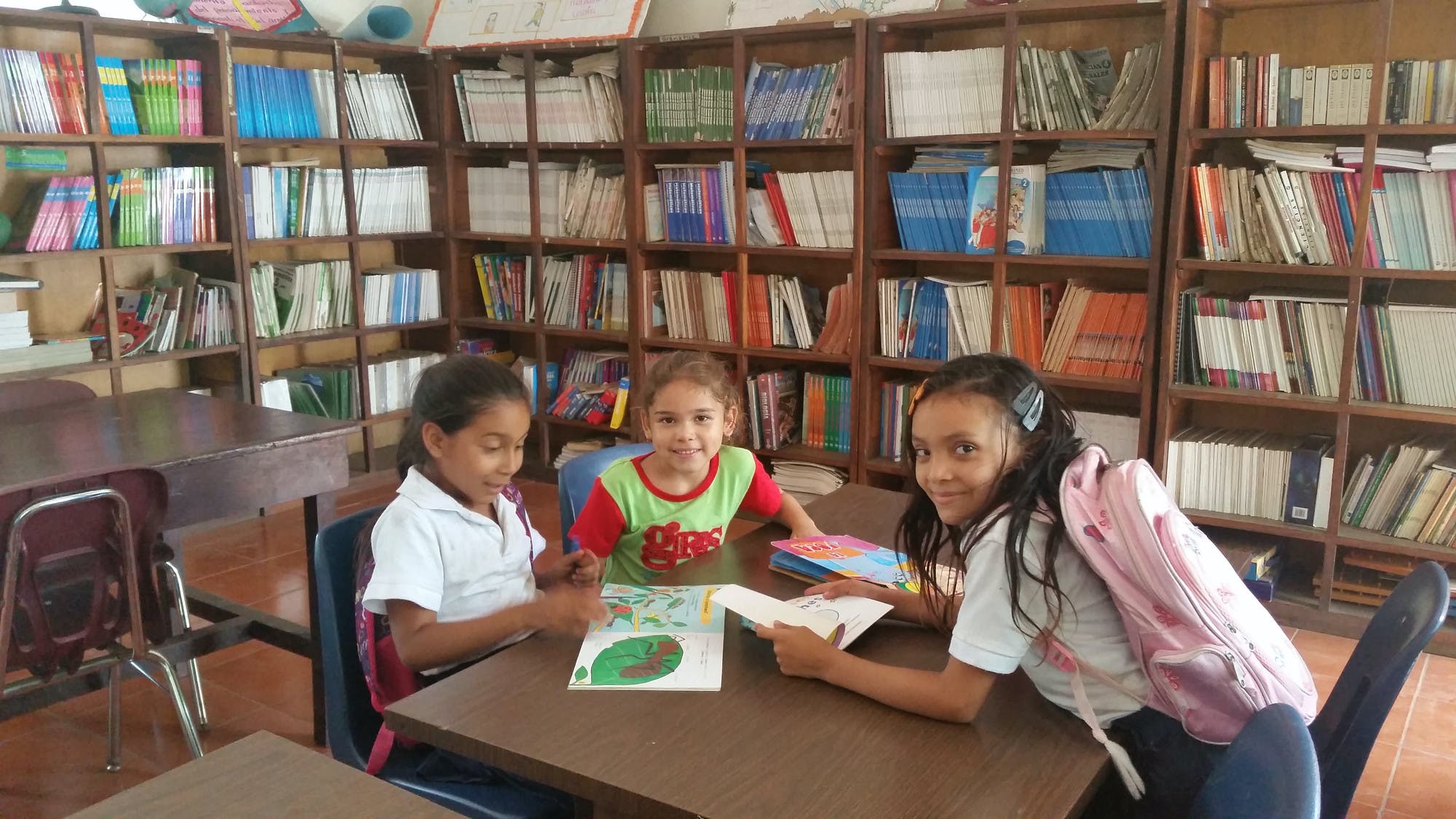 Girls use the library at a school FH helped expand in the community of Terencio Munguia, Nicaragua

Don’t ask me to fill out those sermon notes worksheets in church. With advance apologies to my teachers/pastors past and present reading this, I mentally check in and out of the sermon freely.

This Sunday my mind took flight with the image of Jesus writing in the sand, in the story of the woman caught in adultery (John 8).

The image of Jesus with a stick, sketching something in the sand,  put words in my head: Jesus was literate.

That’s right, there’s evidence in the Bible he could read (see Luke 4:16-29), and he most probably spoke more than one language since in his world he would have needed at least a smattering of Hebrew and Greek, in addition to Aramaic. (If you want to read more about what it meant to be literate in Jesus’s culture, I found this series of posts by Dr. Ben Witherington to be really helpful.)

The key to the future

So what are the implications of this for Food for the Hungry (FH)? And for us as Christians?

For FH, it’s not OK that children are deprived of the chance to develop their intellect fully. It’s key to their futures.

Jesus provides the model for us. His family saw to it that he learned to read and interpret scripture, to participate fully as a synagogue member. Of course his scripture knowledge was also absolutely key in his daily ministry. There’s evidence that he needed to read numbers and letters to work in construction as a tekton (carpenter/builder/mason).

So if we’re to be followers of Jesus, providing a pathway for children to develop educationally must be part of the plan.

It’s not just a matter of head-knowledge. Having an education – particularly for girls and women – impacts the next generation.

According to United Nations’ statistics, a child born to a mother with no education is nearly three times as likely to die before their fifth birthday, compared to children born to mothers who attend secondary school or higher.

We’ve made progress. According to the United Nations Millennium Development Goals 2015 report, the number of children out of school worldwide decreased from 100 million to 57 million. On average, equal numbers of boys and girls are now enrolled in school.

FH helps from day one in communities where child sponsors help develop communities. School-aged children must attend school in order to participate in FH’s programs. We send a message out, loud and early, that education for all children is vital. We help parents see that letting a child stay in school, rather than working for paltry wages, will result in higher income and standard of living for the whole family in years to come. We help families escape the damaging practice of early marriage, which usually ends girls’ education and kills dreams and futures.

There’s a temptation to rest when we’ve reached goals. FH has new challenges where you, as child sponsor, could help. We’re not satisfied with children merely finishing primary school. We want children to have access to high school, university and vocational training.  There are specific communities and cultures where we work — India and parts of Kenya come to mind — where girls are still routinely denied the same opportunities as boys. There are places in Nicaragua and Burundi where population migration has maxed out school classroom capacity.  We want to provide Syrian refugee children, shut out of classrooms in their temporary locales, with opportunities to continue their education. And we’re starting to face the widening divide between children who have access to the Internet, and those who don’t, particularly in urban areas.

With your help, we can help children and parents face the future and reach their God-given potential.