Despair and Inspiration Collide in the Hard Places

Today I got lost in the deep eyes of a child. A young girl whose stare, both hollow and hopeful, may haunt me, implore me, shame me and inspire me at the same time. I could neither pull my eyes from hers nor could I comprehend the sadness that filled them—like a glassy still pond, but nearly an over-flowing torrent.

A bloody bandage had been wrapped with care around her right arm and shoulder, covering a bullet wound. That same bullet had killed her mother before entering her arm. Her father had been killed days before as they fled their village. Only weeks before, she had run through the shaded paths on her way to school with her friends.

There were no words to speak, I pray my eyes communicated love.

The kind hands and skill of the nurses nourished her body and soul. A mother and a very tired child, in one of the refugee settlements in Bangladesh.

Over a three-week period in August and September of 2017—during a time when my mind was focused on so many other things—165,000 women, kids and men fled for their lives as powerfully armed forces burned villages, beat, terrorized and killed. In the chaos, children were separated from their parents, siblings lost forever. The old or ill, unable to escape, will never be seen again. In the last several months, more than 400,000 people have joined the early escapees, now totaling an estimated 700,000 people—a mind-numbingly rapid exodus of the Rohingya minority from Myanmar’s Rakhine State.

Behind the fleeing masses, landmines are being laid which simultaneously prevent those who have found refuge in Bangladesh to return to their homes while creating a deadly barrier to those still trapped. When my eyes finally reached the edge of her glassy haunting stare, they were captured by the boy in the next bed—an IV in his arm and landmine shrapnel wounds.

Something inside me breaks. 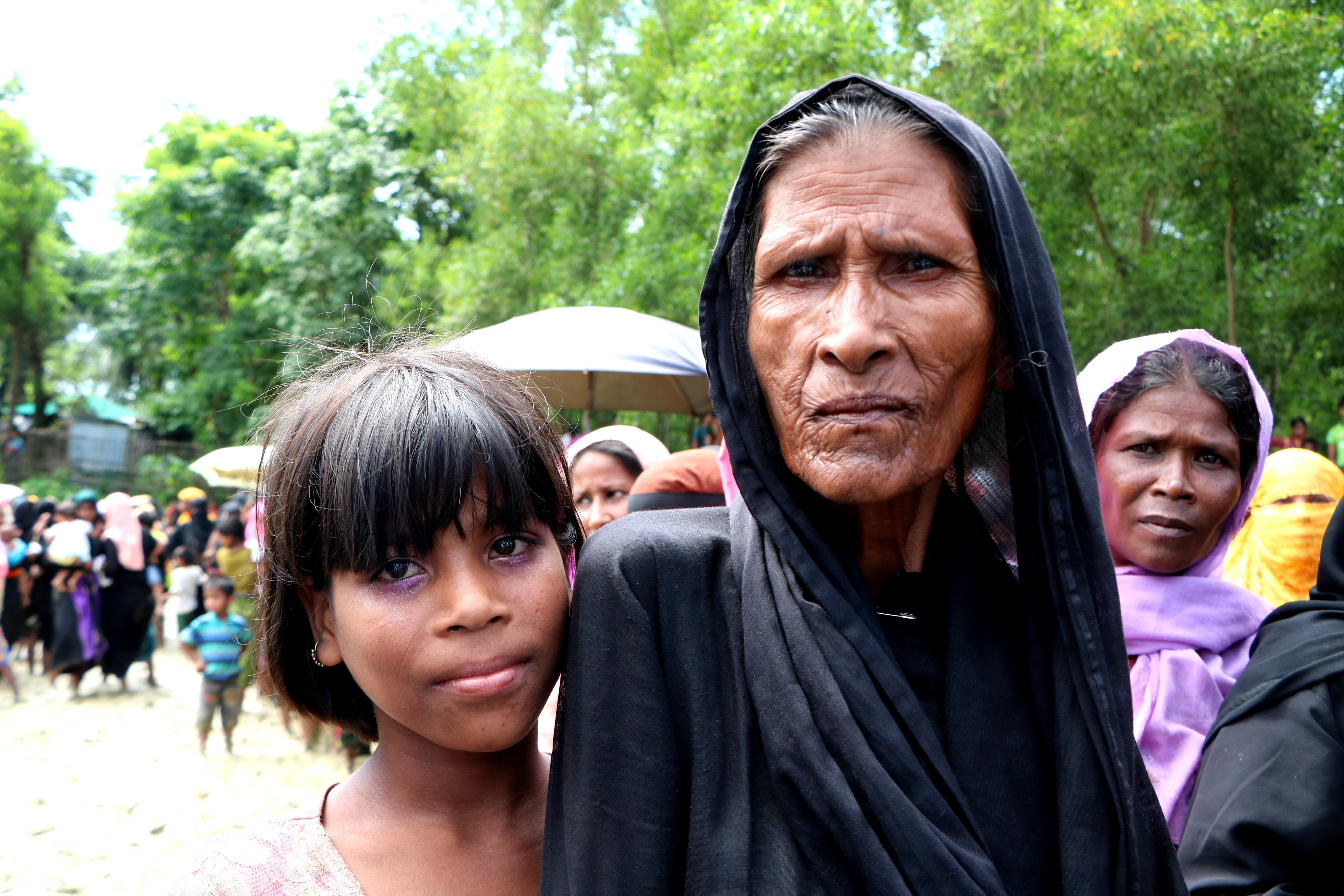 FH works to make sure that the most vulnerable receive help — like the elderly, who may not have the physical ability to wait in long lines for food assistance.  Credit: Medair/Nath Fauveau

Food for the Hungry goes to many places in our shared world, partnering with communities, helping kids thrive in their settings, celebrating healthy households—there is so much to celebrate! But I am frozen in her eyes today, and a part of me will be forever. But I am here for such a time as this.

It is in these places that despair and inspiration collide.

Food for the Hungry is helping the Rohingya. CLICK HERE to give to our emergency disaster fund.