What are free-range chickens doing in Nicaragua?

Maybe you’ve thought about raising chickens in your own backyard, with the nutritional benefit of having your own organic eggs for consumption. But in places like Nicaragua, chickens stretch way farther than just providing eggs benedict for Sunday brunch.

In FH’s annual gift catalog, chickens are near the top of our fields’ “wishlists.” Why? Because people like Leonsa Mejia know that chickens can help end the cycle of poverty. In fact, they can even transform people’s thinking on better raising their children. 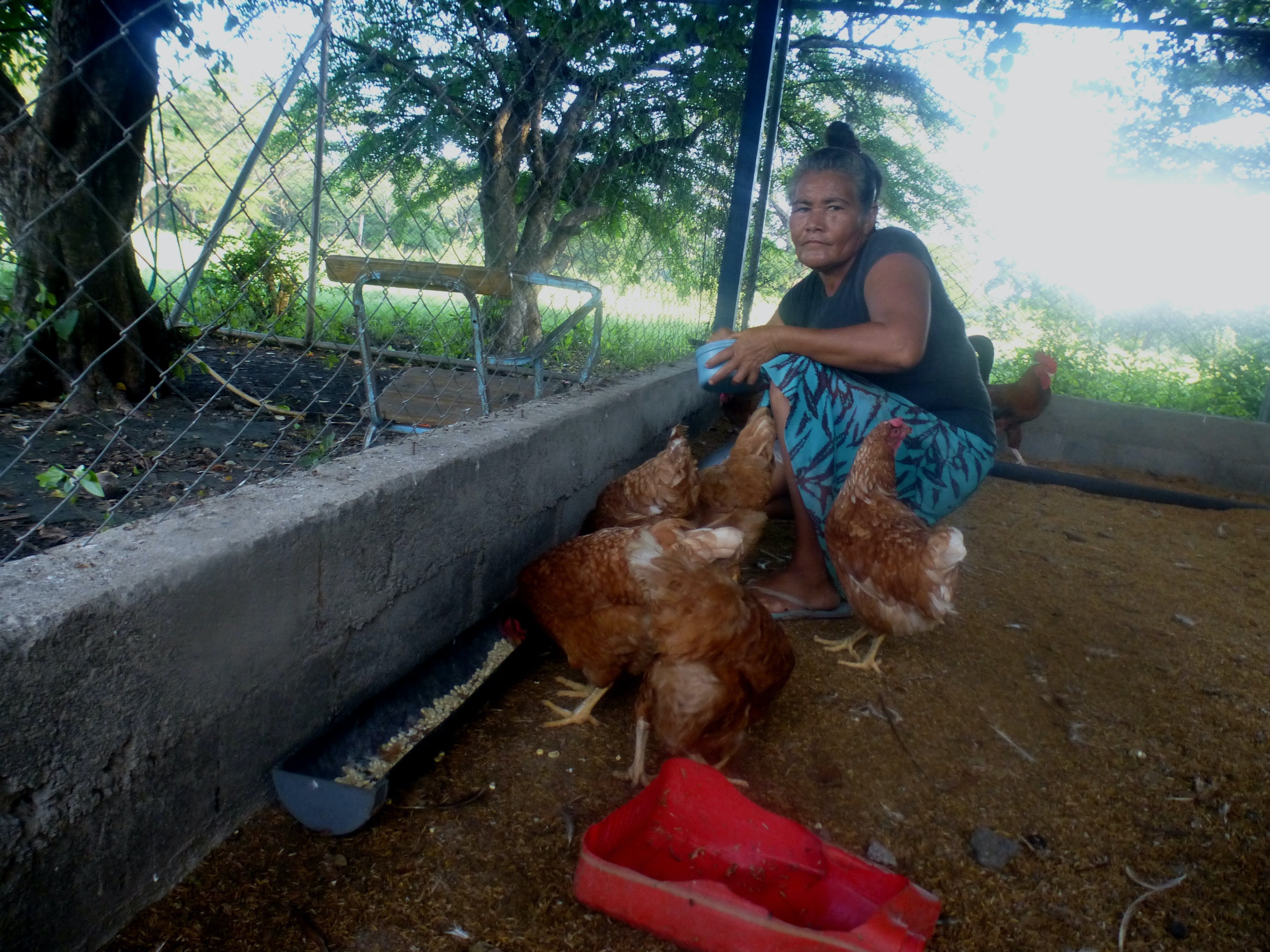 But how do you tackle low school attendance with chickens?

Leonsa Mejia is a 58-year-old housewife in the community of El Porvenir, Nicaragua, a quiet town at the base of a dormant volcano. As the mother of six and grandmother of 10 (and counting), she has a big interest in El Porvenir’s future. In fact, “El Porvenir” translates to “the future” in Spanish.

FH staff asked leaders like Leonsa to identify the issues that were most hurting children. For one, leaders mentioned poor school attendance. In order to make money in sugar and banana plantations nearby, children were being pulled out of school.

Worldwide, it’s been shown that offering a nutritious school lunch can be a powerful motivator for school attendance. But rather than just provide school meals, FH and community leaders decided to start a small vegetable farm at the school—and a poultry project.

Leonsa watched as plans took shape. At the start, she knew close to nothing about chickens. But slowly, Leonsa began to visualize how she could use her administrative skills to manage the poultry farm.

Feeling inspired, Leonsa quickly learned the ropes from a technical trainer FH provided. She was such a good student that FH eventually asked her to take over as a teacher for others. Together they named the poultry project “Happy Chicks.”

With just a few chickens, the poultry farm began to grow. As a result of Happy Chicks, 130 students are now receiving daily meals. And, at least one meal a week features vegetables from the school garden, fortified with protein from the eggs and chicken meat. Parents and other community members can also buy poultry products from the school farm at a discounted rate than what’s sold at local markets.

Community members live out the sign on the coop:  “Let’s end poverty together!”

The mothers chip in to help some of the maintenance work needed to keep the chickens healthy. Then, they go to school and help cook meals for the kids! Together, Leonsa and others have formed a community. As the farm grew, they also learned that the droppings from the farm could be used as organic fertilizer in the vegetable garden.

Beyond receiving nourishing meals, the school retention rate in El Porvenir is now over 80%. School attendance has improved greatly. In collaboration, parents, teachers, students, and community leaders are all working together to make the project a success.

In Leonsa’s case, a gift of a chicken jumpstarted an entire community to break down barriers to education. For just $14, you can provide communities like El Porvenir with their very first chickens today.