Ending Poverty Together: Investing in the Future

When you begin walking alongside an organization like Food for the Hungry (FH), whether it’s by becoming a donor, a volunteer, a staff member, or a child sponsor — from day one you’re ultimately investing in the future. Your generosity — even if it’s a one-time gift — has a long-lasting impact in the communities we serve around the world.

And for child sponsors, that impact isn’t just made in the life of one child. It extends into the lives of so many others and lasts for generations into the future.

Over the span of 15 years, Liz Whitmarsh has seen the ripple effects of her investment in FH programs. She began working at FH nearly 13 years ago, but began sponsoring children before that. Over the years, Liz has sponsored children in the Dominican Republic (DR) and Rwanda. She has seen her sponsored children grow, develop, and graduate. She has seen hope renewed in their lives and their communities transformed.

Without knowing it, Liz was not only changing the lives of her sponsored children, but her own children as well. During her multiple sponsorships, Liz’s two daughters actively participated in building relationships with her sponsored kids. As they were growing up, they wrote letters back and forth and were always excited to receive new photos from the field.

After Liz’s oldest daughter graduated high school, she decided she wanted to sponsor her own child. Ten years later, her daughter is still sponsoring two children! Through her actions and experience, the ripple effect of Liz’s sponsorships has now passed on to the next generation. 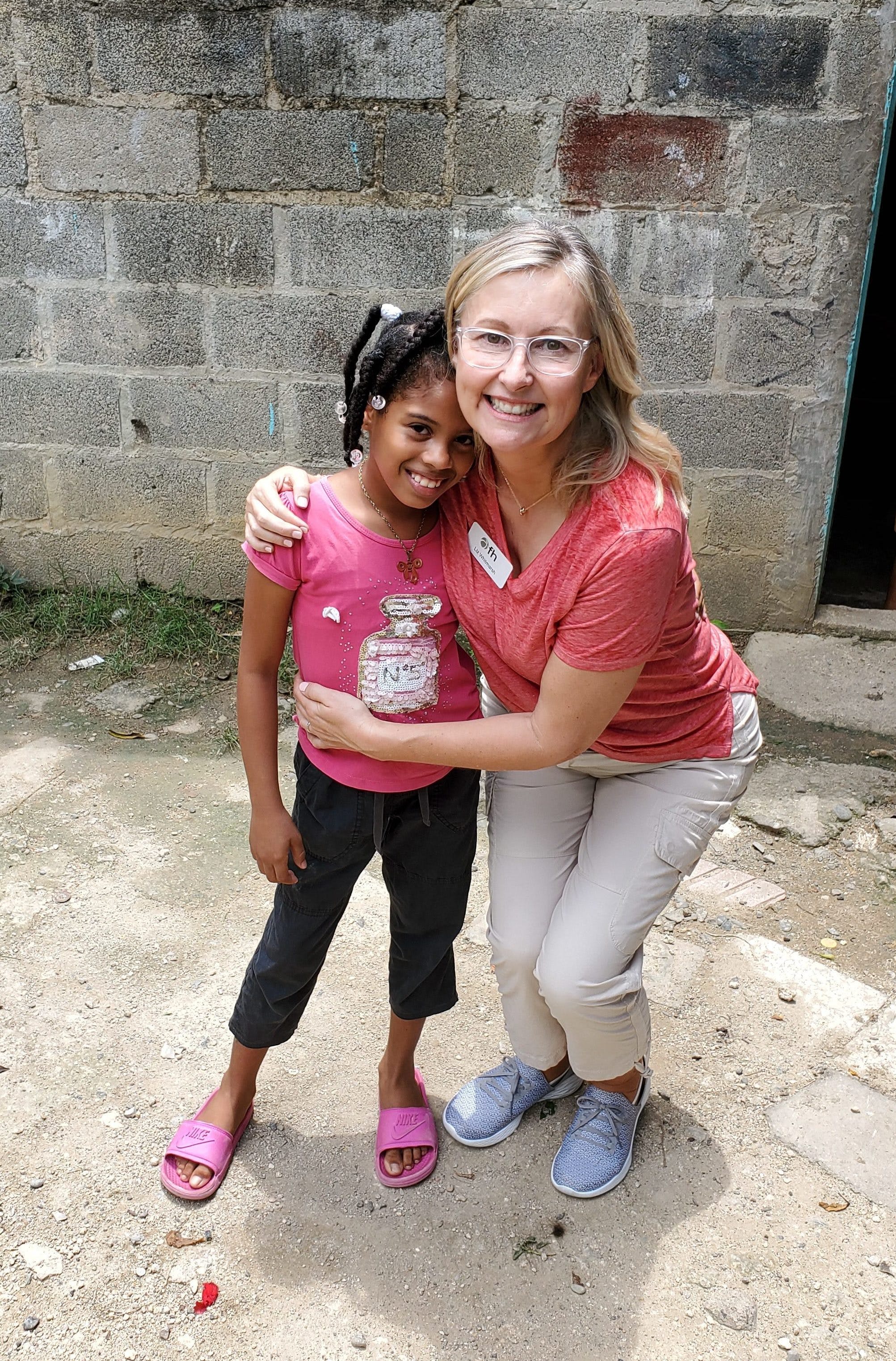 Liz and her sponsored child, Yerelin.

Recently, Liz traveled to the DR to meet her sponsored child, Yerelin. However, she also had the opportunity to meet up with a former sponsored child, Nelly, who is now 17. Unfortunately, a couple of years ago, Nelly’s family moved to an area where FH doesn’t work and was no longer available for sponsorship. But because of the support she received during her time in an FH community and the encouragement she received from Liz, Nelly is still thriving. Education has become a priority in her life.

In one of the communities she visited in the DR, Liz had the opportunity to sit in a meeting with community leaders. She heard about how well the community is doing and how successful all of the FH programs and projects have been. After several years of hard work, collaboration, and investment, this community is finally getting ready to graduate from poverty.

For Liz, this kind of transformation began nearly 15 years ago when she first signed up to sponsor a child. It began when she filled out an application to work at FH. And it began with just the simple act of sharing her sponsorship experience with her family. Every investment starts somewhere, and many start with one small gesture. But the ripple effects of that small action can transform not just one, but many lives.

At FH, we walk alongside communities and develop transformative solutions that are both sustainable and implemented at the hands of the communities themselves. That way communities are able to thrive once we leave. And we start with the simple act of listening.

As we continue investing in a poverty-free future, we invite you to join us … one small step at a time.

Learn how you can make a difference in the lives of vulnerable families around the world today.

This story is part of our series “Ending Poverty Together.” It is dedicated to sharing the special and inspiring stories of all those who travel to Food for the Hungry fields, whether they are staff members, supporters, or partners. Follow along as each person shares the impact of their unique experience.

More posts from the “Ending Poverty Together” series:

The Common Thread of Humanity

We’re All Pieces in the Poverty Puzzle

The “Nature” of Child Sponsorship