“Ecosystems, species, wild populations, local varieties, and breeds of domesticated plants and animals are shrinking, deteriorating, or vanishing. The essential, interconnected web of life on Earth is getting smaller and increasingly frayed. This loss is a direct result of human activity and constitutes a direct threat to human well-being in all regions of the world.”

According to a recent United Nations (UN)-supported study from the Intergovernmental Science-Policy Platform on Biodiversity and Ecosystem Services (IPBES), nature is declining globally at alarming rates.

The report made one thing very clear. The intersection between global development work and conservation efforts has never been more reliant on the other for its success. But while many ominous statistics were shared — hope remains.

IPBES Chair, Sir Robert Watson, shares, “…it is not too late to make a difference, but only if we start now at every level from local to global…through transformative change.”

At Food for the Hungry (FH), sustainable transformational change is at the core of our programs. We believe when nature thrives, families thrive–and vice versa. The hope we speak of can be seen in communities all around the globe. 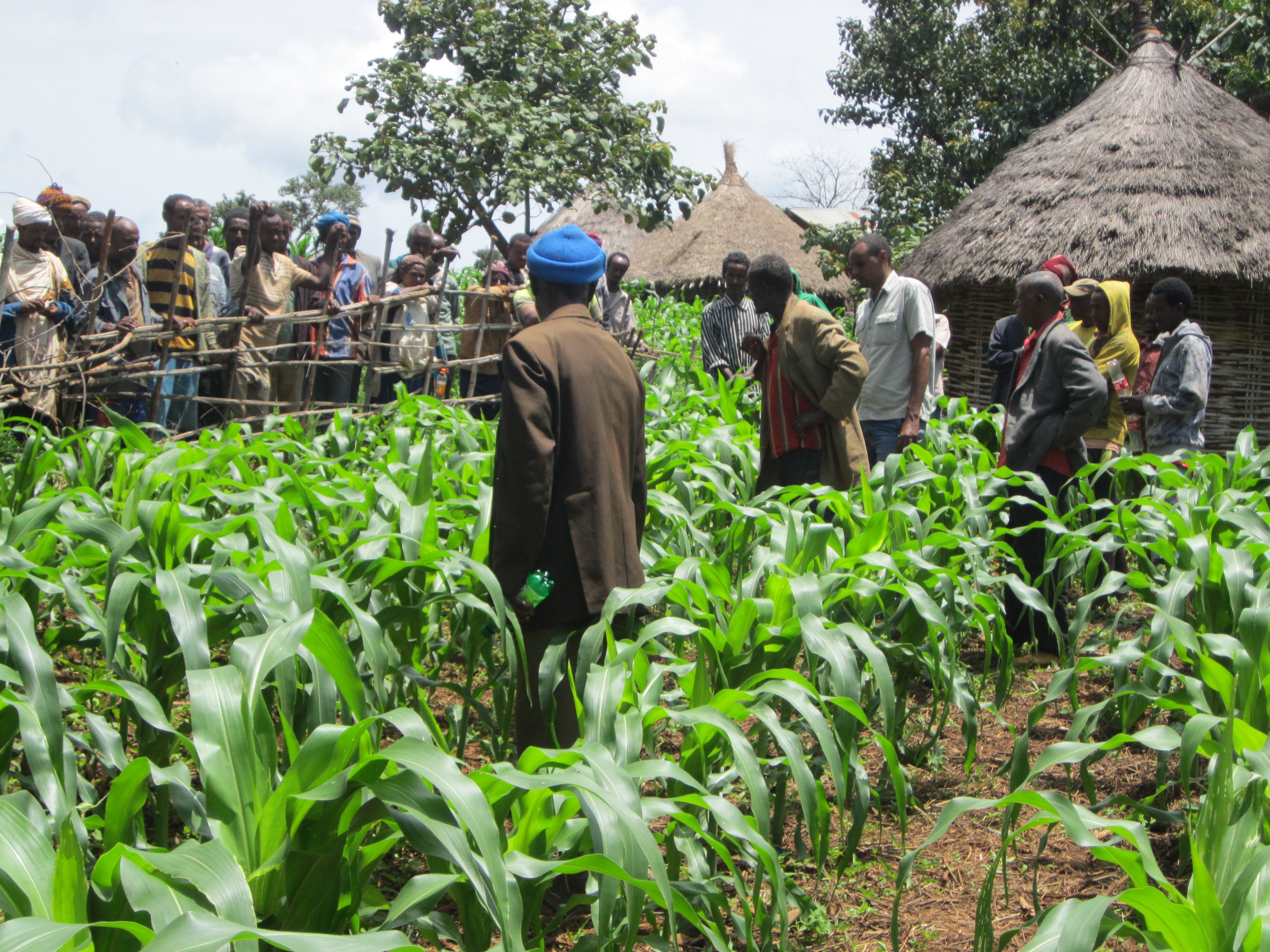 Abdela and his community members walk through his farm in Ethiopia.

Abdela Mohamed Ali is a father of 10 and a farmer in a small village in Ethiopia. His two hectares of farmland is the main source of food for his family. For the last 35 years, he and his wife, Nasra, have diligently worked on the land to feed their children.

However, over the years Abdela began to notice that his land was quickly deteriorating. It was also producing less harvest. He could barely produce 200 kg of maize from one of his two hectares of land. To feed his family, he had to take on other labor jobs and buy food from the market. Not only was it challenging to feed his family, but he also couldn’t afford school fees, uniforms, and supplies for his children. It was a bleak situation, growing bleaker every year.

Abdela decided to test a small plot of his land.

“That year, to test their advice, I implemented CA principles on a 100-meter square in my backyard and planted maize,” Abdela said. “I followed all the instructions.”

It paid off–“At last I harvested 300 kg of maize!” said Abdela. “It was surprising for me. In previous years, I had never harvested more than 200 kg from one hectare of land with all of the efforts I exerted.” The following year, Abdela expanded the CA techniques to more land and harvested over 2,000 kg of maize!  In 2018, he doubled the size of land and his harvest was so plentiful that for the first time in 30 years, he needed (and built) a grain store.

“Until I started implementing CA principles, the produce from our farm only lasted two to three months after the harvest,” he says. “But today, my family is still eating from last year’s harvest.”

Abdela even had plenty to sell at the market — enough to buy two cows and more than enough to cover all school-related costs for his children. He and his fellow villagers even formed a group to store their grain together and wait until they could receive a higher price. 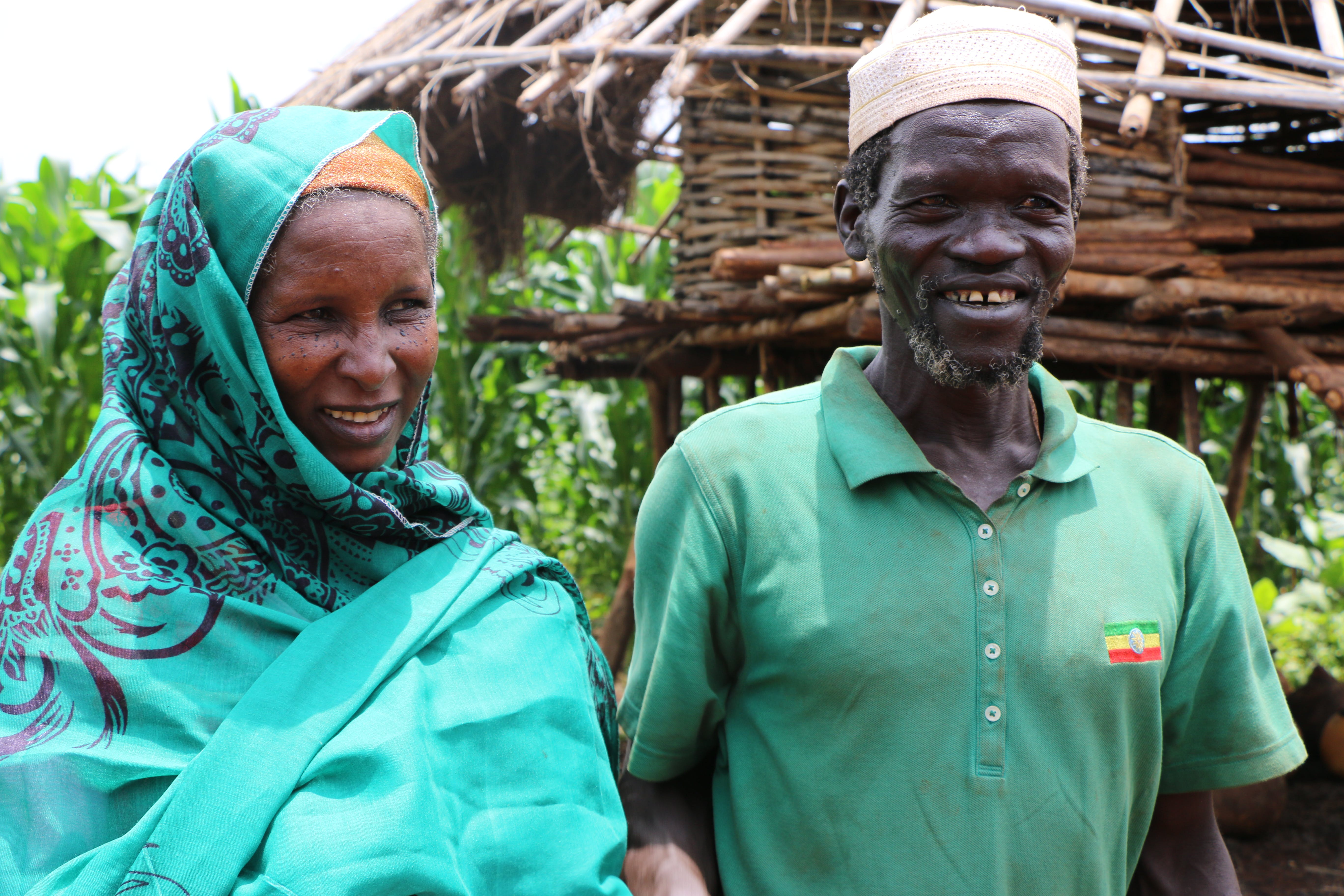 “I now have a plan to build a better house, and I still need to sell my produce. You know, in previous years, I wasn’t able to buy enough school stationery or uniforms, let alone plan to build a new house! But over the last three years, thanks to FH and the new farming techniques I acquired, I have enough resources to feed my family and fulfill every need of my children. Next season I plan to use CA principles on both hectares of my land and plant maize, sorghum, haricot beans, and other crops.”

Abdela is an incredible example of how caring for the earth by using sustainable practices helps the people living in it thrive. And it’s because of partners like you, this kind of work is possible. Your compassion is the hope that remains.

Thank you for doing your part in protecting the planet while helping families rise out of poverty.

Learn more about our work around the globe and how you can help!