Food for the Hungry works in multiple countries across Africa, Latin America, and Asia. Today, we are excited to introduce you to a new country where we’re breaking ground this fall: Vietnam!

A Historic Return to Vietnam 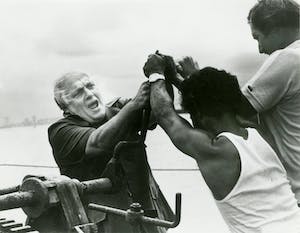 Larry Ward founded Food for the Hungry in 1971. After feeling convicted by the Vietnamese refugees adrift in the South China Sea, Ward purchased a boat to assist them to safety.

In a sense, beginning child sponsorship in Vietnam is more of a coming home than a breaking ground. Food for the Hungry’s roots are in Vietnam: it is where FH founder Larry Ward’s vision for Christian values-driven relief and development first bore fruit. It’s a ministry to the most vulnerable people, beginning with the Vietnamese boat people.

When the Vietnam War ended in 1975, the famous “Vietnamese boat people” were refugees who fled Vietnam by boat to arrive in other Southeast Asian countries such as Indonesia, Malaysia, the Philippines, and Singapore. Unfortunately, the sea passage proved brutal. Many refugees failed to survive. Stranded at sea, the Vietnamese boat people faced dangers from pirates, lack of supplies, overcrowded boats, and unrelenting storms. As an international humanitarian crisis ensued, countries banded together to rescue boat people stranded and distressed at sea. Convicted by the plight of the Vietnamese refugees, Ward purchased a boat that carried many refugees to safety. 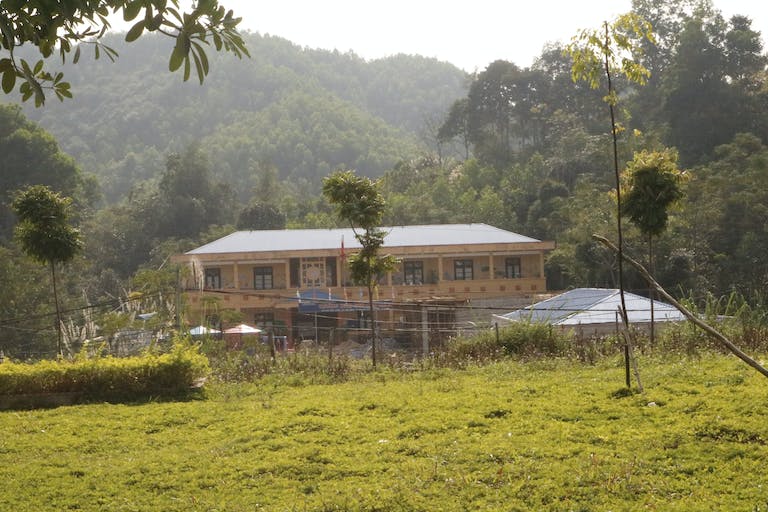 A view of Lien Minh showing the lushness of the surroundings 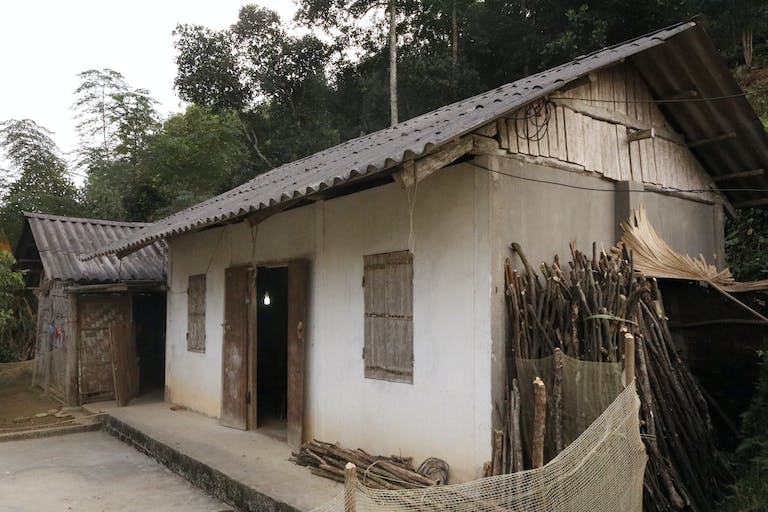 A typical building in Lien Minh 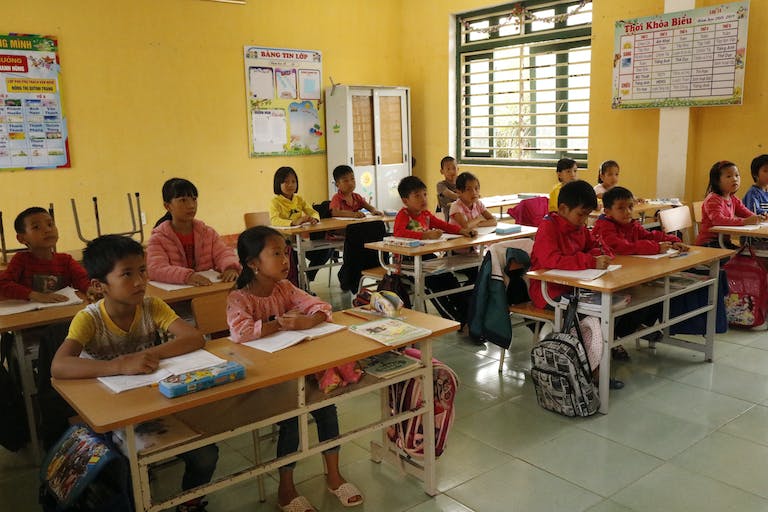 Our Work in Vietnam

Today, Vietnam is a growing country filled with lush, green tropics–yet rural, mountainside communities still struggle. While many Americans have varying reactions when they think about Vietnam, there’s no denying it’s a land experiencing severe poverty—poverty that robs people of a flourishing future.

This fall, you have the opportunity to partner with FH in one of the poorest communities in Vietnam: Lien Minh. Lien Minh is a mountainside town of about 5000 people in rural Vietnam. Although the closest major city is two hours away, the average family in Lien Minh makes only about $1,300 a year. That amounts to only 62 cents per hour for a 40-hour work week!

In Vietnam, we’re reminded that poverty comes in many forms, such as spiritual poverty and brokenness. For seven year old Nguyen Thi Khanh Linh, family life has always been difficult. Her mother, Nguyen Thi Vy, decided to leave her husband, an alcoholic. Unfortunately, he passed away earlier this year, meaning Nguyen Thi Khanh Linh’s mother is providing for her daughter alone. She owns a small rice field, but lacks water to grow more than one successful rice harvest a year. To make ends meet, she also works as a laborer for others. Nguyen Thi Vy has big dreams for her daughter, who wants to become a doctor. But it can be difficult as a single mother. 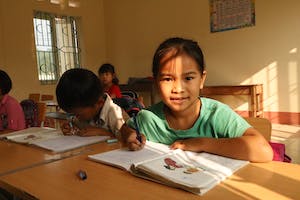 Seven year old Nguyen Thi Khanh Linh is studying in primary school and has dreams of becoming a doctor someday.

Sponsor a Child in Lien Minh

Through child sponsorship, FH hopes to support the dreams and development of children like Nguyen Thi Khanh Linh. Growing up in an under-resourced community, her chances to get a good education and go to medical school seem remote today.

By sponsoring a child like Linh, she would be assured adequate food, clean water, medical care, as well as a good education and the opportunity to know Jesus. In fact, the entire community will benefit! Adults will learn skills like how to irrigate adequately in mountainous terrain to feed their families with a surplus harvest. Poor hygiene practices would be eradicated, put in place with healthy habits to thrive. FH staff member John Truong even shares his hopes to start after-school activities like badminton, ping-pong, and classes for gifted students to promote their growth.

You can be a part of this transformation.

Become one of the first to sponsor a child in Vietnam today, and give the eternal gift of hope and impact.

Thanks From a Former Vietnam Refugee