It’s October now, and in North America, that means cooler weather! One of Food for the Hungry’s (FH) U.S. offices is located in Phoenix, Arizona. Even here in the desert, the temperatures are finally dropping. It feels like the whole city is breathing a collective sigh of relief as we venture outside of air conditioning for the first time in months.

Now, I get excited about cooler temperatures for several reasons. Cozy sweaters. Fall colors. Reading books while cuddled under a soft blanket. But more than anything, I love sipping a hot drink on a cold day. What could be better than waking up to a crisp morning and sipping a steaming cup of coffee or tea?

I traveled to the Dominican Republic (DR) with FH a few years ago. There, I had some of the best coffee of my life. FH DR staff and I drank it with a local leader and community matriarch named Virginia. Though it would turn into a hot day, the morning was still cool and dewy and having Virginia serve me her coffee was a delicious honor and memorable experience.

If you have the privilege of international travel, you’ll consume the best food and drinks. But for those of us who aren’t world travelers, we have to experience culinary culture in other ways…

And since it’s autumn here in the U.S., today we are celebrating the season with a collection of hot drink recipes from around the world.

Cozy up with a mug and a new season of The Great British Bake Off or use the hot drink recipes to introduce your kids to international cuisine and how FH works to end global poverty… it’s up to you! 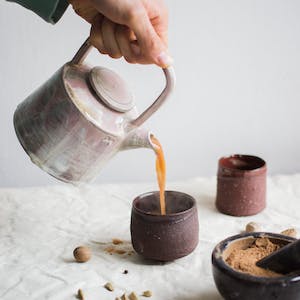 The recipe below is spicy, flavorful, and rich — and nothing like the chai lattes you make from a mix or buy at Starbucks… In fact, it’s even better!

Masala chai, which is Hindi for “spiced tea” and is sometimes referred to simply as “chai,” originated in India thousands of years ago. Back then, it was made up of spice only and consumed both hot and cold as a medicinal response to a variety of ailments. The chai we think of today, which contains spices and black tea, developed after British colonization established tea plantations in the 1830s. This version of masala chai gradually grew in popularity both in India and throughout the world. Today, many variations of chai exist and vary in types of spice, sweetener, and milk. Of course, the type of masala chai you drink will depend largely on who’s preparing the beverage for you and which part of the world you’re in.

The version below is based on a traditional Indian masala chai. 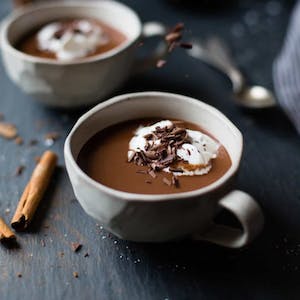 Champurrado is the chocolatey version of a thick, corn-based hot drink called atole, which originated in Central America and is popular in countries including Mexico and Guatemala (a country where FH works!). While Atole is often associated with the winter holiday season, it’s also a common accompaniment to breakfast or dinner. Champurrado is a version that uses the ancient Mayan ingredient native to the Amazon that some believe is magical… You guessed it: chocolate! Below is a dairy-free adaptation that nevertheless tastes like decadent chocolate pudding and a piping hot chocolate combined.

Recipe with photo adapted from The Bojon Gourmet. 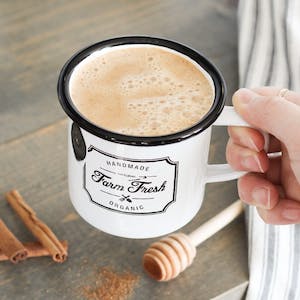 Rooibos (pronounced “roy-boss”) is an herb native to parts of southern Africa that can be harvested, dried, and brewed into an aromatic infusion known as “African red tea” or “red bush tea.” Rooibos has been harvested and brewed for centuries by people in South Africa, and is delicious on its own — or with added milk and sugar, as it is commonly taken. As a caffeine-free drink, rooibos is a great coffee alternative for any time of day. On top of that, its plentiful antioxidants will give you a great health boost!

Please enjoy this honey cinnamon rooibos tea recipe… a spicy and rich take on an old drink, perfect for warming up any cold night.

These are three hot drink recipes that will bring flavors from around the world to your home. If you do try any of these recipes, be sure to share your images on Instagram and tag @food4thehungry! We would love to see what you create.

How to Host a Global Eats Dinner Party