God's Story: How Clean Water Reveals the Kingdom of God

This post is the second in a series on God’s Story, the Foundation for FH’s Work in Relief and Development. You’re invited to follow the series, starting with the first post. You can read the next post in this series here. 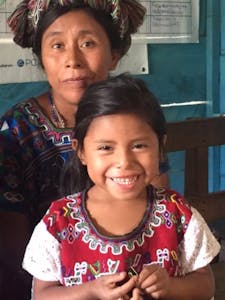 For as long as Maria could remember, her community had lacked clean water. She and her children would regularly walk for 40 minutes to collect water for drinking, cooking and washing clothes. This was the reality for all of the families in their Guatemalan community, which resulted in many children not attending school. Could the Kingdom of God be found in such a place?

Everything changed when Food for the Hungry (FH) and a church partner, Faith Chapel, began talking with community members about their greatest needs. The highest priority was to bring a clean water source to the community.

With the participation of community members, Faith Chapel, and FH, the dream of clean water became a reality. The community praised God.

“I never thought that I would receive water in this place,” Maria said. “I give thanks to God for what He has done for our community.”

The Kingdom of God 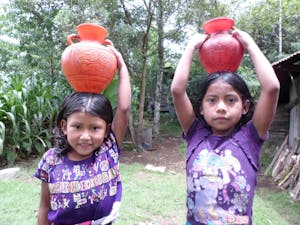 When Maria’s community achieved their goal of clean water, Maria thanked God. Why? Because God made the work possible, through the cooperation and hard work of many people. This is a sign of the Kingdom of God!

Have you ever given thought to what the “Kingdom of God” means? A kingdom is anywhere that a king reigns, and so the Kingdom of God is anywhere that God is reigning. The Kingdom of God restores all people and all things to function the way God designed them to, in wholeness and harmony with God, creation and one another. When Maria’s community received clean water, that aspect of the community became the way God intended it to be, and He received the glory.

In Scripture, when Jesus taught in the synagogue at Capernaum, a man possessed by a demon cried out to Jesus, “Go away! What do you want with us, Jesus of Nazareth? Have you come to destroy us? I know who you are–the Holy One of God!” (Luke 4:34, NIV)

When we eradicate hunger, address malnutrition, heal disease, and bring clean water, we are telling the world, “This is what the Kingdom of God looks like!”

In Jesus’ first recorded public presentation, shortly before His encounter with the demon, Jesus announced the Kingdom of God by quoting from the prophet Isaiah.

“The Spirit of the Lord is on me,
because he has anointed me
to proclaim good news to the poor.
He has sent me to proclaim freedom for the prisoners
and recovery of sight for the blind,
to set the oppressed free,
to proclaim the year of the Lord’s favor.” (Luke 4:18, 19, NIV)

Everywhere Jesus went, He proclaimed the year of the Lord’s favor–the Kingdom of God. Before He left the earth, He gave us the ministry of reconciliation (2 Cor. 5:18), charging us with doing the same.

It’s no wonder that Maria praised God for the clean water her community received. God’s Kingdom was coming right before her eyes. Everyday Signs of the Kingdom

Do you sponsor a child? Consider how you have seen God’s Kingdom coming through the changes in his/her life from the time you started sponsoring until now. Then, praise God like Maria did!

The Story That Matters Most