Honoring the Legacy of Former CEO and President, Gary Edmonds

With great sadness, Food for the Hungry (FH) mourns the passing of former CEO and president, Gary Edmonds, who went to be with the Lord recently after a long, courageous battle with cancer.

While no words can express our sadness, we remember with gratitude how blessed we are to have worked alongside him in our mission to end poverty and we celebrate his long-lasting impact. Gary’s legacy and passion to help the most vulnerable in our world began long before his time at FH.

A Legacy of Caring For the Least of These 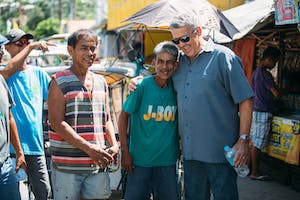 Gary had a long, fruitful career spanning almost 50 years as a global change agent fueled by his commitment to integrate the whole of the Gospel to the plight of the poor and marginalized. In addition to spending eight years on the FH Board of Directors, prior to stepping into the CEO role, Gary spent a decade at Breakthrough Partners, which trained and equipped Christian leaders in the sphere of global missions and played a significant role serving those involved in the refugee crisis in Europe. As a trained pastor who graduated from Fuller Theological Seminary, Gary inspired many to run the Christian race well and live in the service of others.

He also served as the secretary general of the World Evangelical Alliance, providing leadership for the collaboration of four million churches and more than 130 international organizations in 127 nations. Additionally, he co-founded Micah Challenge, served as executive director of Churches Together, and was the associate international director of Interdev, establishing cross-sector partnerships in the world’s most impoverished nations. Gary also ministered in Southern California as senior associate pastor of Mariners Church, growing that church and giving leadership to its missions and international programs.

In addition to all of this, he and his wife, Tricia, and their family lived in Europe for 18 years, where he served as president and European director of Christian Associates International, focusing on leadership development and church planting, and as senior pastor of Crossroads Church in Geneva.

Gary spent much of his life being a true inspiration and advocate for the most vulnerable in our world.

Read some of Gary’s past articles and interviews on the blog:

The Key to Sustainable Solutions: Taking the Driver’s Wheel

A Slow-Building Genocide: The Anticipated Floods in Bangladesh 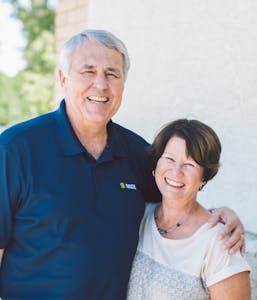 Gary and his wife, Tricia Edmonds.

During his time at FH, from which he served as CEO and president from 2014 to 2019, he profoundly shaped the organization’s core values in the FH Heartbeat and its vision to graduate communities from extreme poverty worldwide. Those who worked with Gary recount his passionate advocacy for the vulnerable, his humility, and for being a catalytic connector of people who believed in the power of relationship and partnership.

“As we experience sadness and share in the loss of our dear friend and mentor, we hold onto the hope found in Christ who conquered death,” said FH COO Ed Hatch.

“Let us remember that Gary’s life is one that should inspire us all to run the race well, to live in the service of others, and to leave an eternal legacy that changes the world. I can hear my friend now, urging us on, fanning the gospel flame and rallying us to that singular call — the call of God on behalf of the poor and marginalized.”

Gary and his spirit will forever be a part of FH. We will remember that he was a leader who walked by faith, not by sight, and led his “flock” humbly and courageously.

Let us honor his memory by dedicating ourselves to continuing the work he loved so much — alleviating human suffering and graduating communities from extreme poverty. Join us in sending our sincerest condolences to the Edmonds family as we mourn alongside them during this time.