What do your kids want to be when they grow up? I hear so  many answers from the children I know: “ballerina!” “firefighter!” “basketball player!” “astronaut!” “teacher!”

All great aspirations, and like we always teach our children, they can do anything they put their minds to. But perhaps this is because here in the United States, most families also have access to many resources.

This isn’t true all around the globe, which is why Food for the Hungry (FH) is fighting to keep children in school and give them access to resources that help them hope for a brighter future. (Click here to learn about FH’s work around the globe) 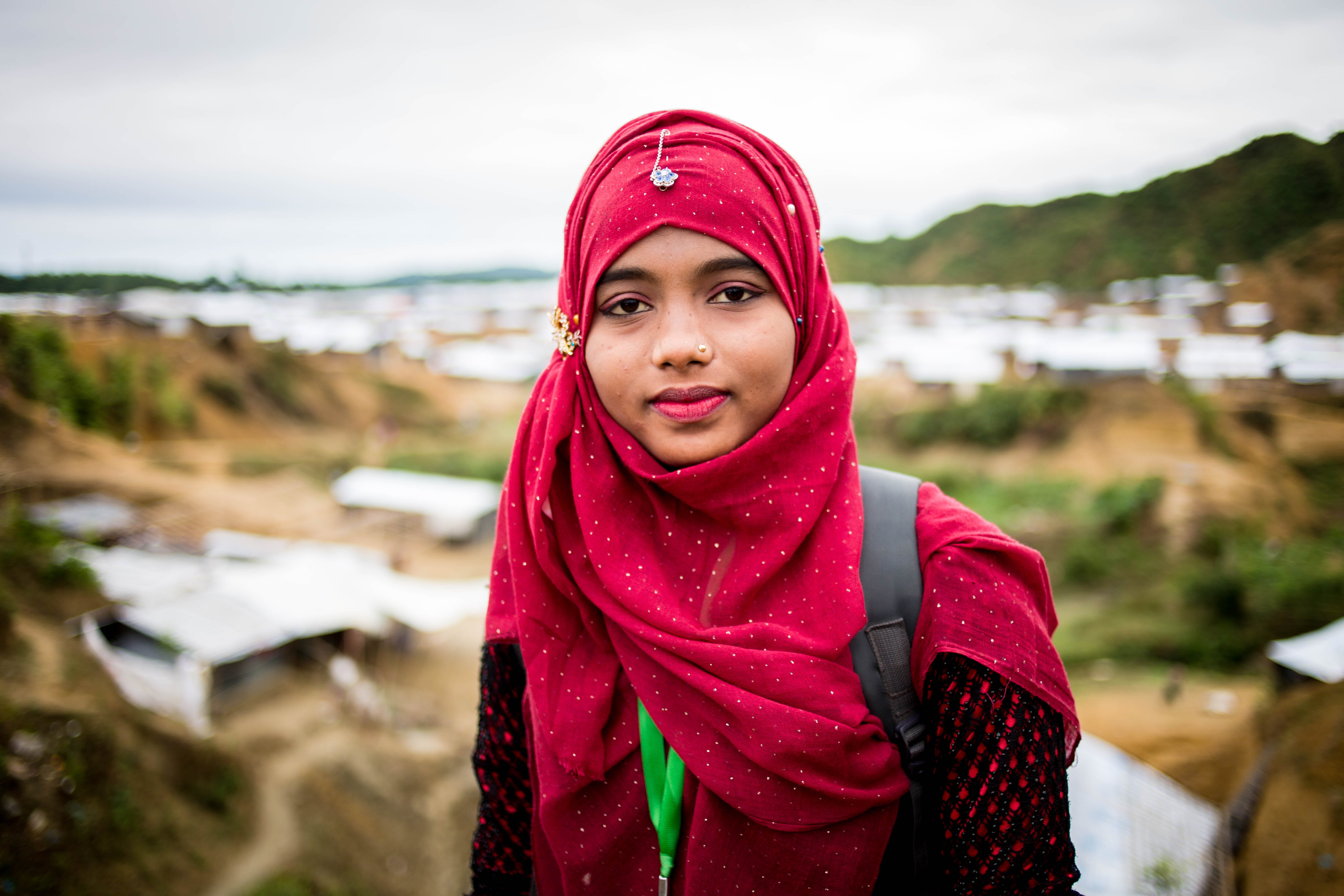 Yasmin now has hope for a brighter future thanks to Food for the Hungry and donors like you!

Yasmin wanted to be a teacher (though her father always hoped she’d be a doctor.) But her life wasn’t easy. Unlike the thousands of Rohingya refugees who recently crossed the border, Yasmin has spent her entire life in the refugee camp in Bangladesh.

Since the 1970s, and before the recent surge of refugees, nearly one million Rohingya fled Myanmar because of widespread persecution. Yasmin’s father was one of them.

(Click here to read about the current and ongoing refugee crisis)

Over twenty-five years ago, to escape the violence, her father became a refugee in one of two Bangladesh government controlled refugee camps, Nayapara. At the time, he found work outside the camp as a farmer and fell in love with a Bengali woman. Once married, they built a home in the camp and had five children.

To better provide for his family and to pay the children’s school fees, Yasmin’s father moved to Malaysia to work as a laborer.

Three years ago, when Yasmin was first beginning high school, her father died suddenly in Malaysia. Without the necessary school fees, Yasmin and all of her siblings dropped out of school.

“When he died, my hope died with him,” Yasmin said.

But that wasn’t the end of her story!

At the end of last year, FH and Medical Teams International (MTI) established a \ Community Health Worker Program in Nayapara. They looked for volunteers who would help teach their own community about water, sanitation, and hygiene. Community Health Workers also help stop disease outbreaks by identifying symptoms and referring patients to the nearest clinic.

Yasmin jumped at the chance!

“I want to help others with the education I do have,” Yasmin said. “Being a Community Health Worker allows me to do that.”

And boy does she help others! She works with 21 other Community Health Workers, and together they visit over a thousand homes every week. With thousands of people in a confined space, and limited access to proper sanitation mechanisms, this program is vital to the health of the community.

However, Yasmin isn’t only benefitting from knowing she’s making a difference. She also is able to earn an income! She is paid a stipend by FH and MTI, which she is saving up to go back to school next year.

Her dream of becoming a teacher is one step closer (and being a Community Health Worker is giving her a great start!)

We know your family has the heart to help this cause! Give children like Yasmin hope for a brighter future today! Click here to donate now to the Rohingya Refugee crisis!