When Marcella began sponsoring a child in Toro Toro, Bolivia, she was thrilled at the prospect of being able to cultivate a relationship with him through letter writing. She excitedly began writing regularly to 6-year-old Raul. Little did she know the powerful impact her words would have — not only in Raul’s life — but his entire family’s.

The Beginning of a Sponsorship Relationship

Marcella first began sponsoring Raul in 2012 through her church, Horizons Community Church, which had been partnering with Food for the Hungry (FH) for some time. When the sponsorship began, she was able to learn a lot about the community and the kind of environment Raul was living in. Like many of the communities FH enters, the living conditions were bleak. Trying to imagine herself in his shoes, she wanted her words to bring some light and encouragement into his life.

So she faithfully sent letters. She asked Raul about himself and his life. She asked about his school, family, community, hobbies, and interests. Marcella shared about her life as well. And in every letter, she always included scripture verses she hoped would lift his spirits and encourage him.

“I shared verses to help him know that God is always with him and he’s not alone,” she said, “or that God would take care of his needs. Mostly, I wanted to make sure everything I wrote was very positive.”

It wasn’t until a year later, that Marcella would come to know the full effect of her seemingly quiet, but powerful words. 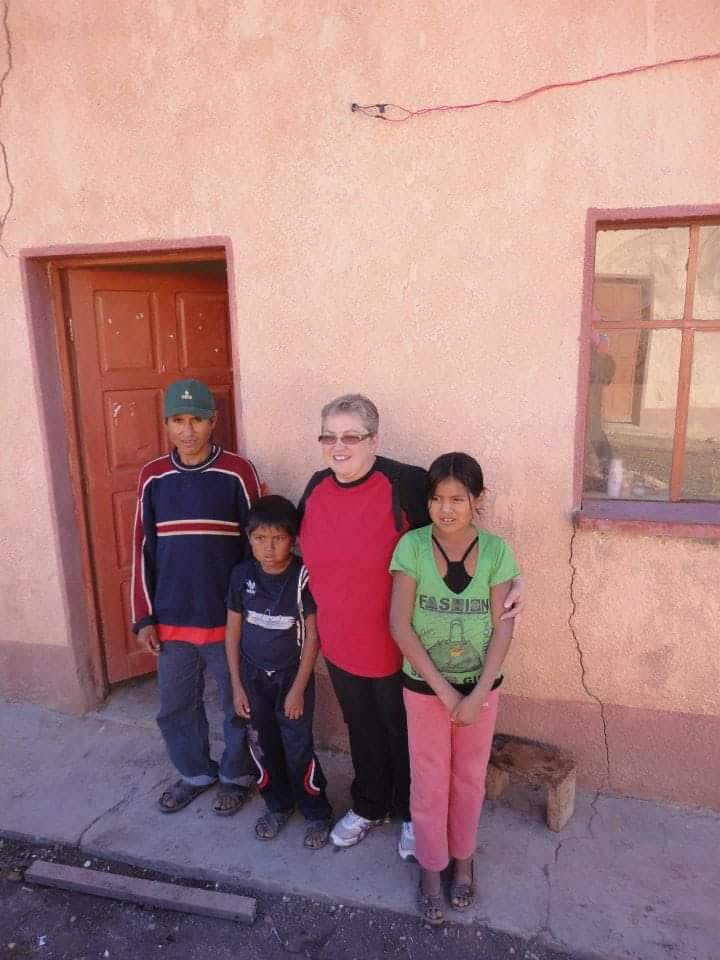 In 2013, Marcella and other church members planned a trip to Toro Toro to visit the community and meet their sponsored children. She was a bit hesitant to go because she didn’t know the language, but God had other plans for her.

“God really worked on me and I’m so glad he did,” she said.

As she approached Raul’s house, his sister and father first came out to greet her. Raul’s sister had all of Marcella’s letters gripped in her hand. Right away, Raul’s father pointed to the stack of letters. He said, “These letters are the reason that I began to follow Jesus.” Raul and his sister nodded in agreement.

Marcella was struck with surprise.

It didn’t even occur to her that Raul’s family would also be reading her letters.

“I figured I’m just writing to a child who needs encouragement, but I had no idea that it would impact the entire family,” she said.

She found that his father was amazed that someone they didn’t know would actually care so much about them. He had seen the genuine love and concern shared through the letters to his son. Ultimately, it opened his heart for him and his family to come to Christ. It was the letters that really spoke to them as a family.

God is in the Details (and Letters)

Ever since that experience, Marcella saw the importance of these letters.

Several years later — and still a sponsor to Raul — Marcella applied for a job at FH. She had previously been a volunteer and loved the mission and vision of FH. She wanted to be a part of the work.

God was at work again in Marcella’s life without her knowing it. The position she landed in at FH was in the correspondence department! Knowing the power sponsor letters have, Marcella truly saw it as a “God thing.” She also recognized it as a meaningful ministry opportunity to be part of the exact team that helps these letters go back and forth between sponsors and their sponsored children.

The Power of Letter Writing

Eight years later, Marcella still writes to Raul, who is now a teenager. She is excited to sponsor another child in a different country and loves seeing the hope being shared in the many letters she reviews every day in her job.

Next time you write your sponsored child, remember that your words may be reaching more than just one child! Click here to read more tips on how to write letters and emails to your child. Don’t have a sponsored child yet? Begin your sponsorship journey today!

5 Things to Include in Your Child Sponsorship Letters

Why Writing Your Sponsored Child Matters