How Irrigation Changed A Family's Future 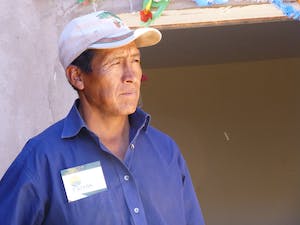 Agustin Michel and his family have a new future because of an irrigation project in BoliviaAgustin’s new home comfortably holds his family, and the tin roof provides a much healthier environment.

Agustin Michel is a 52-year-old Bolivian farmer with eight children. Like most people in his community, he never used to allow himself to dream about the future. He and his children faced the same prospects his father and grandfather had faced. Hunger. Malnutrition. And no hope of escaping from poverty.

Hope glimmered more than a decade ago and has now exploded into confidence, optimism, and expectation.

Ten years back, Food for the Hungry (FH) helped Agustin’s community complete an irrigation project. As a result, Agustin’s subsistence farm was transformed into an oasis of good nutrition for his family. It also became a reliable source of income that rerouted his family’s future.

Impact of An Irrigation System

Before the irrigation system, Agustin earned only $350 a year, mostly by leaving his family for four months of the year to help harvest the ingredients for cocaine. Now, he earns $9,000 a year without having to leave home. His farm now yields three harvests a year instead of just one. Instead of struggling to survive on only three low-quality products – potato, wheat and maize – the family thrives on peaches, oregano, onion, carrots, garlic, high-quality maize and high-quality seed potatoes. Agustin also raises chickens and has two milk cows that produce milk, which the family uses to produce cheese and yogurt. 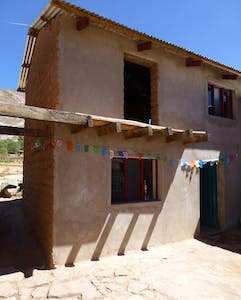 Agustin’s new home comfortably holds his family, and the tin roof provides a healthier environment than the old thatch-roof house.

He’s been able to build a home. Best of all, a younger child is soon leaving to attend the university in Sucre to study agronomy. His dream is to return to his community and help everyone have the success that Agustin is experiencing.

The long-term benefits of this irrigation project are exciting to thinking about.

When children don’t have the advantage of adequate food, they suffer the permanent impact of undernutrition. According to the 1,000 Days Partnership:

“Children who do not get adequate nutrition during the 1,000 days between their mother’s pregnancy and their second birthday can suffer from stunted physical and cognitive development.  Impaired cognitive function means a child can have a diminished capacity to learn, leading to lower educational performance and ultimately, lower economic productivity. This in turn can hinder a nation’s economic development.  Evidence shows that in countries where childhood undernutrition is pervasive, the loss to GDP can be as high as 2 to 3 percent, not including the indirect costs of malnutrition such as health care and lost wages due to illness.”

Children who are born today will reap great benefit from the irrigation project that helped Agustin’s family. They will be better nourished during their first 1,000 days of life – from conception through age 2. That will give them the ability to grow to meet their full potential. They also are better able to ward off the kinds of conditions that can be fatal to undernourished children – things like pneumonia and diarrhea.

An investment in programs that give children good nutrition during formative years has long-term and far-reaching positive consequences. By giving a farm irrigation system, you can see how you can make an impactful investment that will reach far beyond you ever imagined.