As heaven-bound migrants, what's our responsibility to the world?

2018 hasn’t been an easy year. Gloomy headlines tell of migrant caravans and boatloads of refugees off the Italian coast. Stories about the Rohingya refugees paint dire pictures of seemingly hopeless situations. Every day, it can feel like the hard places get harder for the displaced. Even the word “migrant” has become negatively politicized.

As Christians, we believe that humankind is created in the image of God, meaning each person is instilled with dignity. Today is International Migrants Day, and this year’s theme recognizes that “treating every migrant with dignity is one of the fundamental requirements we face, before anything else we attempt on migration.”

But what exactly does the Bible say about caring for migrants?

The migrant or foreigner is what theologians like Tim Keller refer to as part of the “quartet of the vulnerable.” This quartet points to the four vulnerable groups referenced frequently in the Bible: the poor, the foreigner, the orphan, and the widow.

“Do not oppress the widow or the fatherless, the foreigner or the poor. Do not plot evil against each other.” – Zechariah 7:10

As the daughter of first-generation Chinese parents, I can closely relate to the hardship experienced by my immigrant parents. My father would recount tales of growing up in a rural village during the Communist era, eating moldy bread (alongside five other siblings), and going to boarding school at the young age of 13. When he came to America, he came with less than $250 in his suitcase. Today, my dad is a proud engineer in Silicon Valley. If you ask my dad, he’ll always give God the glory: he recognizes God’s grace in his life, even before he believed in God.

No matter how many generations your family has been in the U.S. or what your DNA test says, the Bible demonstrates how in reality, all Christians should identify as “foreigners.” 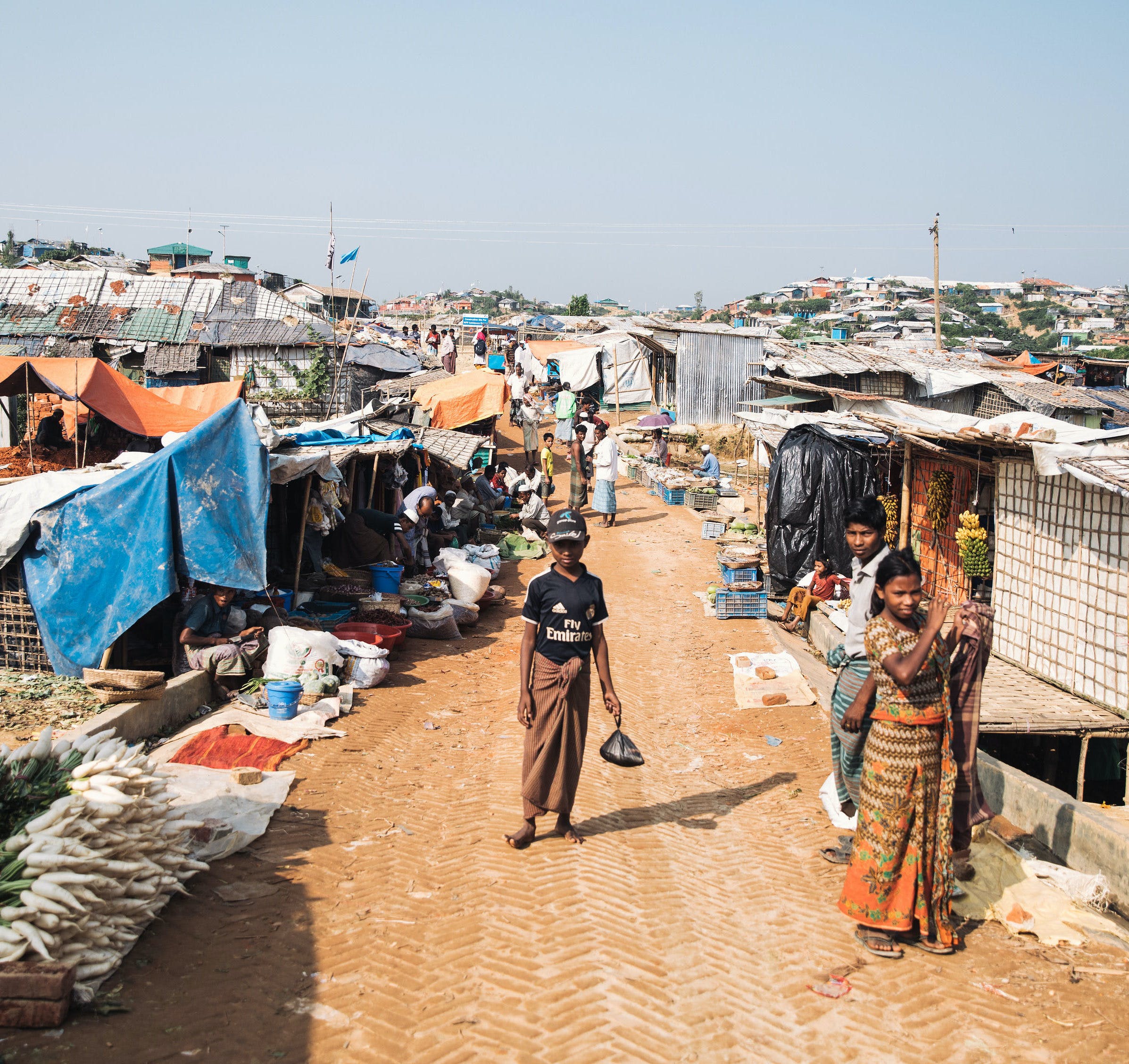 Leviticus 19:34 points out that the Israelites were once strangers in the land of Egypt. In fact, God commands us to “treat the stranger who sojourns with you as the native among you…you shall love him as yourself.” Furthermore, various Mosaic laws illustrate how God cares for the migrant.

In the book of Ruth, Ruth is picking grain left behind in Boaz’s field. But why was there grain left behind in the first place? This was not just Boaz’s kindness towards Ruth, but actually a mandate from God given in Leviticus 23:22. By not gleaning the field twice over during harvest season, the grain on the edges of the field were purposely saved for those living on the “edges” of society. Once the labor was over, migrants, orphans, poor, and widows like Ruth could rightfully claim their grain.

Laws and social programs are more complicated in modern society. Still, beyond country borders, believers in Christ know our eternal homes are in heaven. We are citizens of a heavenly Kingdom first and foremost, meaning we are “migrants” in this temporal earth.

“He defends the cause of the fatherless and the widow, and loves the foreigner residing among you, giving them food and clothing.” – Deuteronomy 10:18

It makes sense even in a secular context. Even if we’re using Merriam-Webster’s definition for a migrant, “a person who moves regularly in order to find work,” Americans are among the most mobile. More than 21 percent move at least once in their life. According to the latest data from the U.S. Census Bureau, the average person in the United States moves more than 11 times in his or her lifetime.

No one but God knows how long we will stay in a certain zip code or season of life. Yet, rather than constantly looking to what’s next, God calls us to be invested sojourners, intentionally putting down roots into our communities and standing up for the least of these.

We stand with refugees

According to UNHCR, 68.5 million individuals have been forcibly displaced worldwide as a result of persecution, conflict, violence or human rights violations. Right now, the number of refugees is at a record high. Does that number surprise you?

Food for the Hungry has worked in South Sudan since 2001 and now helps refugees to resettle in Uganda. We assist host communities and refugees with seeds, tools, equipment, training and by linking them to markets. 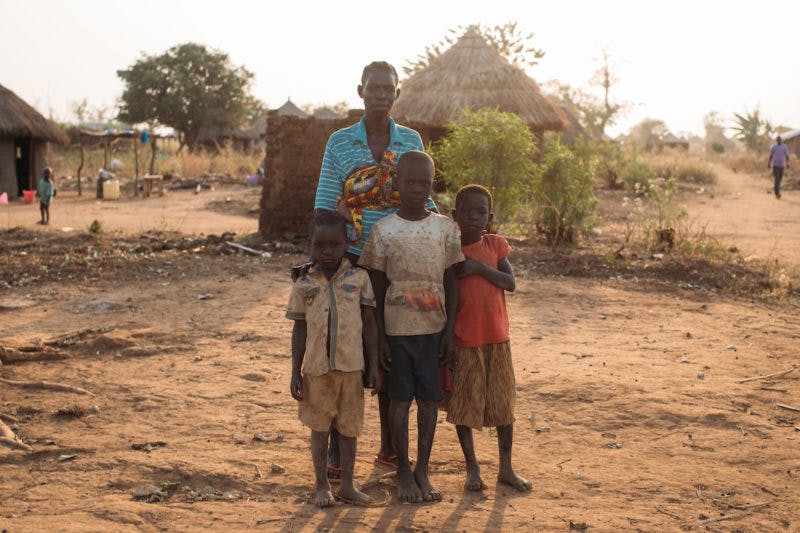 FH began working in Syria and Lebanon in 2013 to help victims of war avoid the need to flee to dangerous lands. FH’s primary partner, MERATH, works through local churches to meet the vital needs of vulnerable families with monthly food aid, winterizations, water, and education. Syrian refugees Haya (mother) and Sayid (father) arrived in Lebanon in February 2017, after someone in their community was beheaded.

In Bangladesh, FH is also working alongside partner MTI to train community health workers in the Rohingya refugee camp. It is the largest in the world, with over a million people residing on the slopes of Cox’s Bazar. The Rohingya fled persecution in nearby Myanmar. 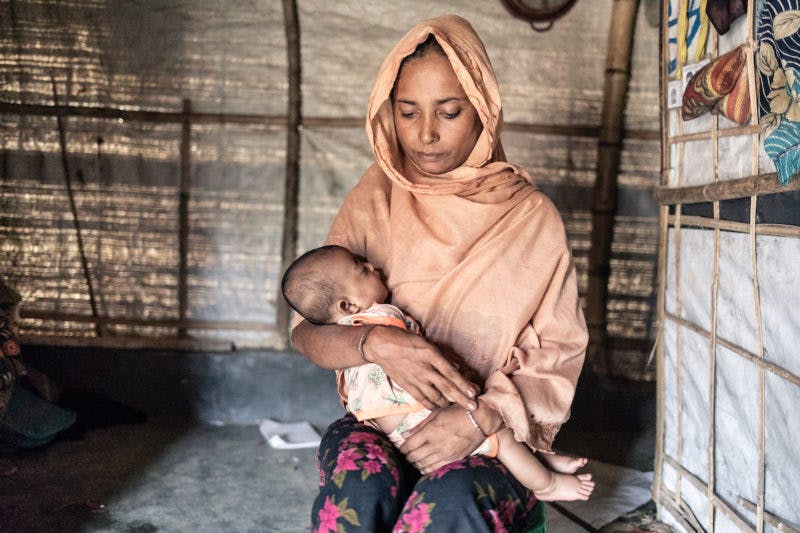 Today, take after God’s heart for the migrant. Stand with refugees by praying for their difficult situations and giving today.

Why Are We #WithRefugees?

Refugees: “I wish it had happened to you.”