The Legacy of An "Ordinary Guy" and an Extraordinary God

As part of our 50th anniversary celebration at Food for the Hungry (FH), we are taking the opportunity to look back at many aspects of our history.  An important and beloved part of that history is the life and legacy of Dr. Larry Ward, who founded FH in 1971. 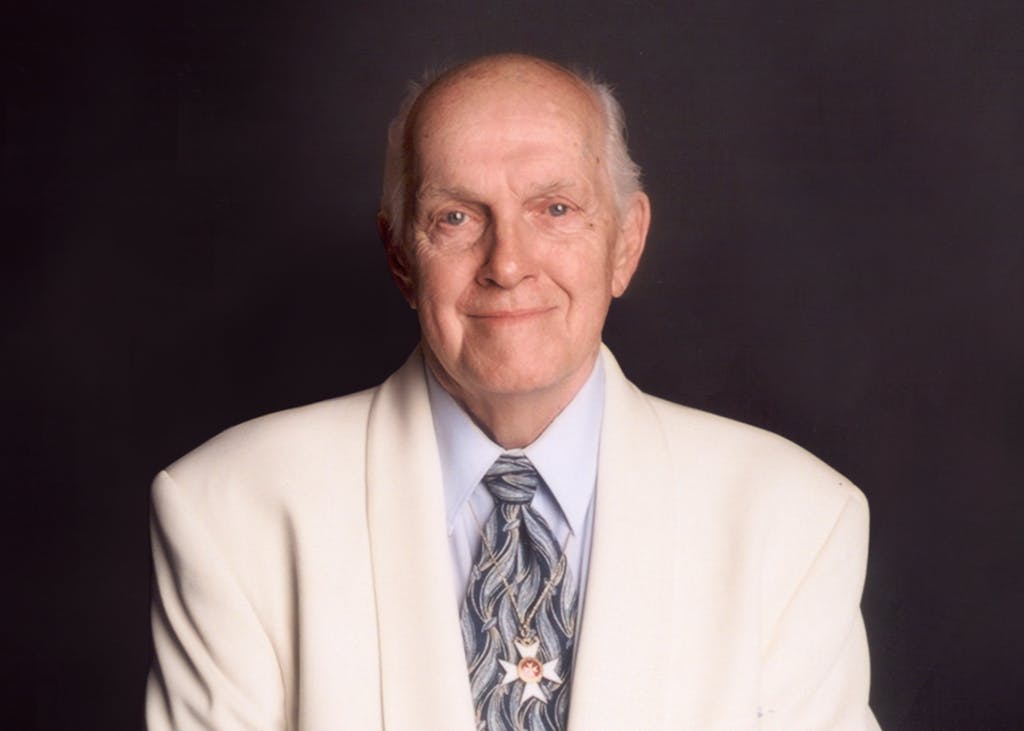 Dr. Larry Ward founded Food for the Hungry in 1971.

Dr. Ward left FH with a legacy of faith and passion that remains today. Each month in 2021, we’ll feature a Scripture verse that was meaningful to him, along with stories about his life and snapshots of the legacy that still remains among our staff today.

Who Was Larry Ward? 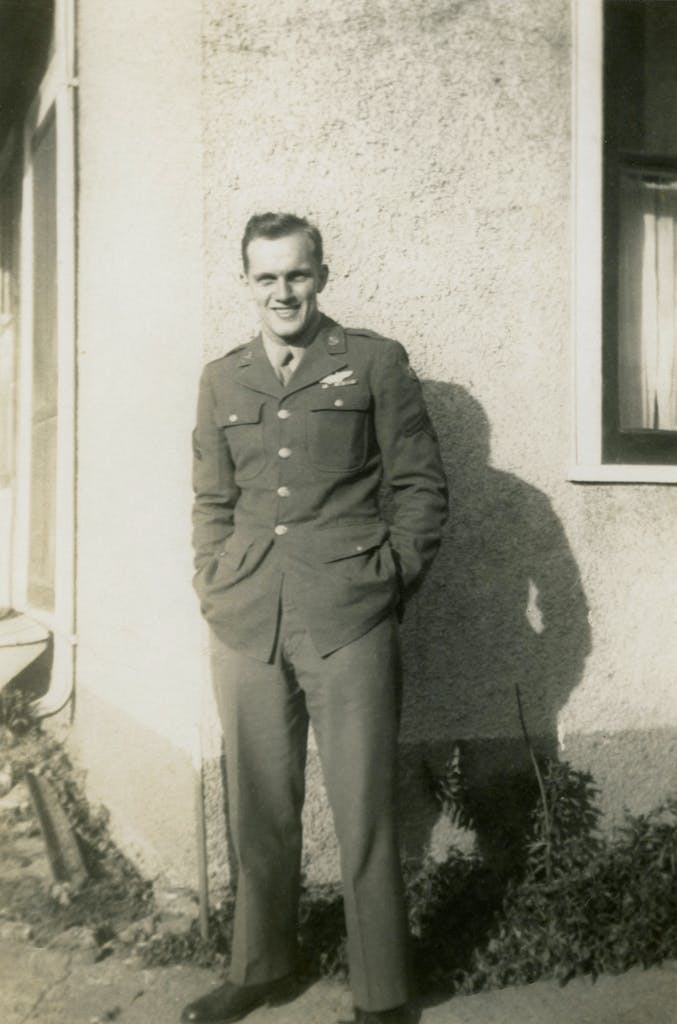 As a young man, Lawrence Edward Ward served as a Christian preacher and member of the U.S. Air Force.

Lawrence Edward Ward was born in Sidney, New York in 1924. He was licensed as a Christian preacher at the age of 15, and enlisted in the United States Air Force (then called the Army Air Corps) as a young adult. He went on to serve as an editor in various positions, most notably as the first managing editor of Christianity Today. In 1957, Dr. Ward joined World Vision where he would become the Vice President/Overseas Director.

During his overseas trips with World Vision, particularly to Vietnam, Dr. Ward was touched specifically by the deep physical hungers he encountered. These experiences led him to found Food for the Hungry International, now FH, which he led for 13 years before retiring in 1984.

The Legacy of Larry Ward

In One at a Time, Norman Rohrer’s biography of Dr. Ward, we learn about the early life and adult ministry of a man who wholly devoted himself to serving God.

A Passion For Ending Hunger 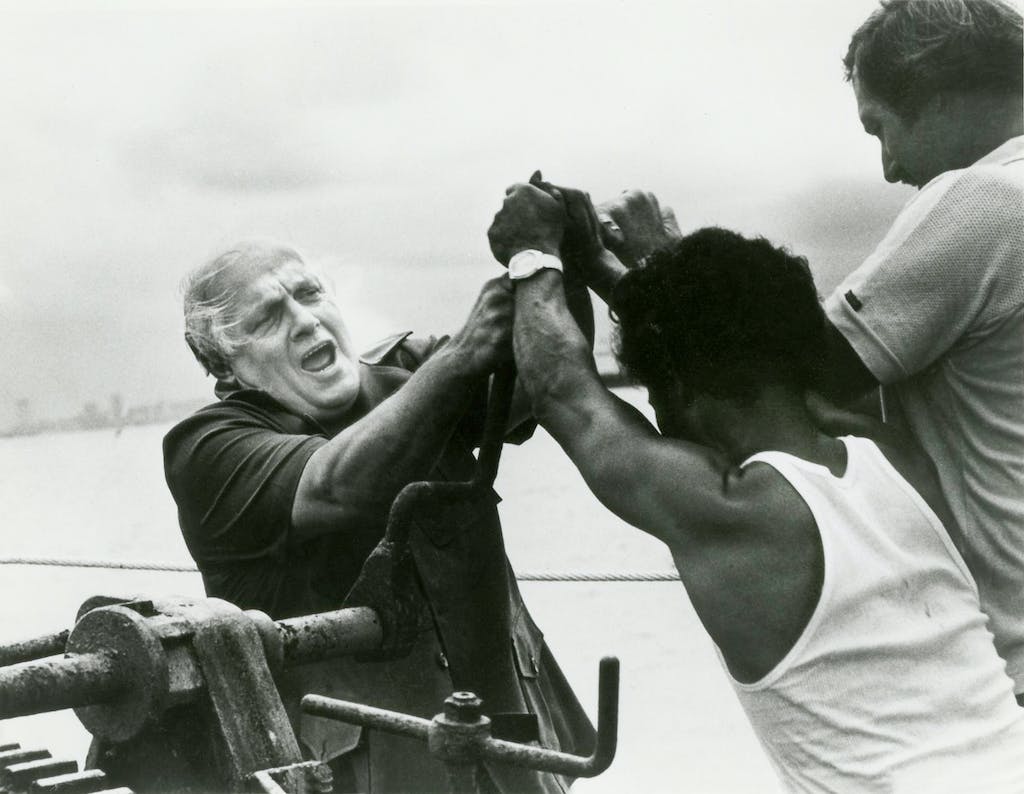 In the late 1960’s and early 1970’s, physical hunger loomed large on the world stage. The global population was growing rapidly, and agricultural production struggled to keep up. Meanwhile, uneven distribution of resources resulted in immediate scarcity in parts of Asia and Africa.

Dr. Ward traveled to war-torn and famine-affected regions, meeting people who would be dying of hunger if not for the help they were receiving. His heart broke for each one, knowing that they represented thousands more whom he could not immediately help.

Early in his ministry, Dr. Ward had prayed, “Father, what can I do? I’m just one person.” He heard God respond clearly to him, “But they die one at a time… so we can help them one at a time. And we must.”

As he saw the rising rates of world hunger and felt compelled to respond, Dr. Ward realized that the hope of the world is Jesus, and that His hands and feet are the Church.

That year, Dr. Ward wrote in a letter to a friend. “Tomorrow, ten thousand people now alive will be dead from starvation,” he wrote. “Technology can help long range. But now—this year, next, for the next five or ten or fifteen years—the only answer lies in sharing, and the logical people to whom to tell this are the Christians (whose Lord was blunt and specific in his instructions).”

Upon his decision to found FH, Dr. Ward spent time kneeling in prayer. He later wrote, “About all I could do in my prayer was admit to God that the great overwhelming burden for a hungry world—which so long and so slowly had been forming in my heart and mind—had now suddenly crystallized into something specific, sharp, prodding.”

Out of this personal passion to end hunger, God used Dr. Ward to build FH. Over time, FH would grow to recognize all types of hunger–physical, social, mental and spiritual–while always keeping in mind that people can be helped one at a time.

A Conviction of God’s Authority 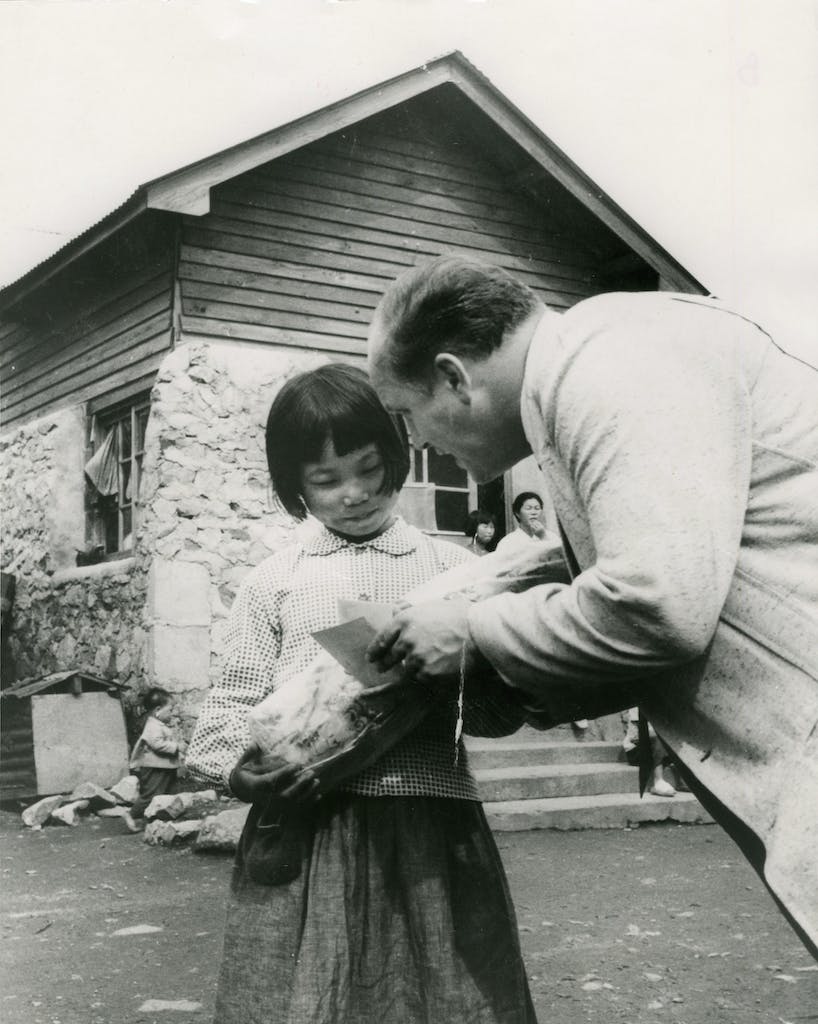 A passion for Scripture led Dr. Ward to share the Good News with those he met.

Dr. Ward was also a committed believer in God’s power to end hunger. He would start every morning studying Scripture, marking the margins of his Bible as he discovered passage after passage that related to hunger.

He would often tell people that even if they had not personally traveled overseas to meet a hungry person, they still didn’t have an excuse not to get involved. “We start with the face of God,” he would say. “He cares about the hungry. We know He does, because there is more than abundant evidence of this in His Word. And he has specifically mandated us to do something about it. We find that over and over again, in the Bible.”

Dr. Ward had discovered for himself, after serving many hungry people around the world, that Scripture is full of direct orders from God to feed the hungry and share with the needy.

Not only did the Bible include commands to care for the poor, but he also found that it contained solutions to poverty. “God always has the answers,” he said. “Just as He has the answers to the problems of individuals and families, He has the answers for men and nations if they will just look to Him.” 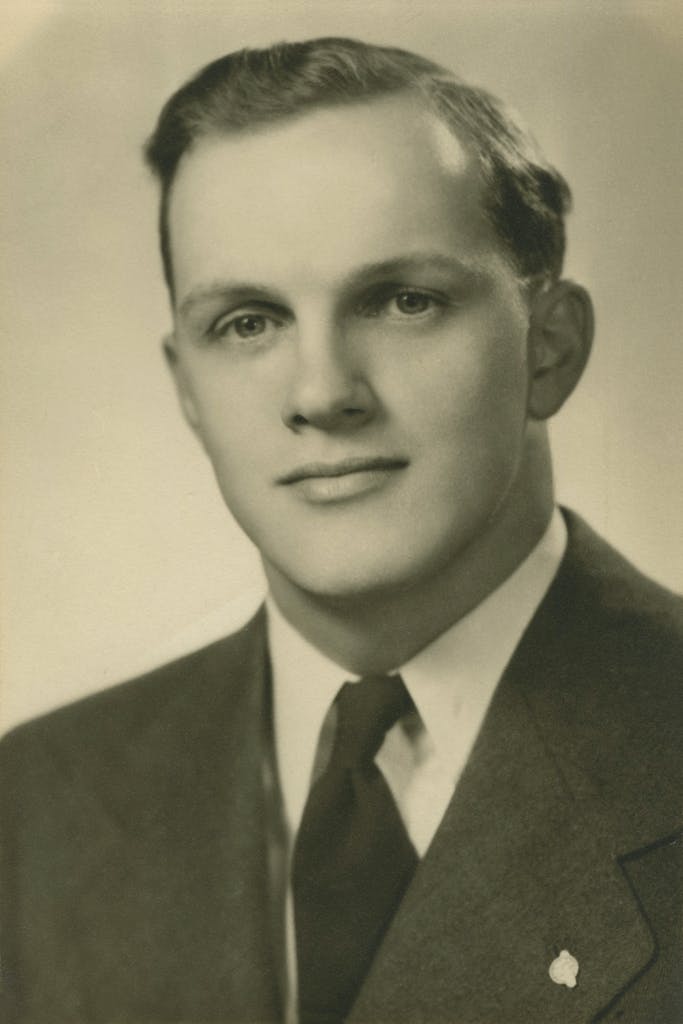 As a young adult, Dr. Ward did not set out to make a name for himself or start an organization.  He wasn’t thinking about leaving a famous legacy. Instead, he humbly devoted himself to the work God laid in front of him, from Army service to editing magazines. He founded an international organization not because of a personal ego, but because he recognized the need, and because was called by God.

Toward the end of his life, Dr. Ward recorded a brief video to be played at his memorial service. He included the following words.

As I look back over the many years since I first came to know Him, I realize that the only things of lasting value in my life are those things which He did. I’m sure I disappointed Him many times in my life, but He has never disappointed me. He has never let me down.

All that I have done, through all these years and all around the world, is to cry out to Him for help. I can’t take any credit, but I’m glad that I at least had sense enough to realize how much I needed Him.

We are grateful for Dr. Ward’s legacy in our work at FH for these past 50 years. Over the coming months, this series will explore more aspects of the life of Dr. Larry Ward. I hope you will join us as we reflect on these memories of our founder. In the meantime, take a moment to download the biography of Dr. Ward and learn more about him!