Let There Be (Solar) Light 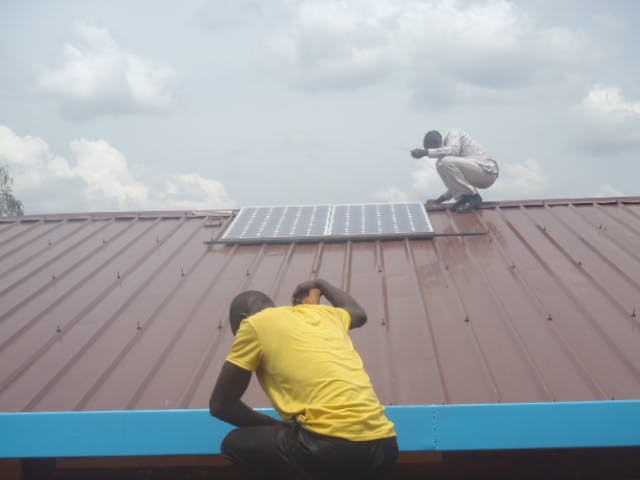 You’d never, ever thought to thank God for a light bulb. But for some students in Food for the Hungry’s Burundi program, a simple solar-powered light fixture i key to a brighter future.

Gerard is a sixth-grader in Mufumya, a small town in Burundi. Sundown comes before 6:30 p.m. on any day of the year in Burundi, which didn’t leave Gerard much daylight for studying. So he did his homework under the flickering shadows of a kerosene lamp. When his family couldn’t afford kerosene, he studied by the light of the kitchen fire. “It was so hard,” Gerard said. “I was getting tired quickly, and then had to wake up very early in the morning to review my notes.”

But partners in Canada helped the primary school in Mufumya install solar panels to power overhead lights. Gerard and more than 40 elementary and secondary school students now study at night in a well-lit classroom.

By the end of March, Gerard reported his GPA had improved by 10 percentage points, and he had moved from 23rd to 15th in his class of 72 students. “I expect to improve performance as I continue to use the solar panel light,” Gerard said.

Fellow student Renovat is in 10th grade, and praying fervently for promotion to 11th grade. Before the solar panel installation, he was failing math, geography, biology and physics. Like Gerard, he studied at home with a kerosene lamp or a candle. After just a few weeks of studying at Mufumya Primary School, with the solar lighting, he’s now passing biology and physics. And moving up to 11th grade looks possible.

And the solar panel has another benefit – household savings. “With the solar panel, the money that my parents were using to buy petrol [for the lamp] is used to meet other family needs,” said Renovat.

The solar panel is also generating revenue for the school. Principal Evariste Havyarimana reported that community members charge their cell phones at the school, for a small fee. “The school was able to earn 4,000 Burundian francs [about $US 3] in three days, which means that on average, the school will be earning $90 monthly,” he said.

It’s amazing to me how partnerships between churches and communities change lives, with small adjustments and investments. If you’re interested in changing lives of young people like Gerard and Renovat, consider sponsoring a child in Burundi or another country where FH works. For about a dollar a day, you could give a child opportunities to reach their God-given potential – passing math, graduating from high school – that they would not enjoy otherwise.