The Life-Changing Magic of Rubber Boots

Fall is synonymous with breaking out the fall boots in America. That means snow boots, rubber boots, riding boots, Chelsea boots, over-the-knee boots, and more! Yet, do you know which boots have the real, life-changing magic to save lives? 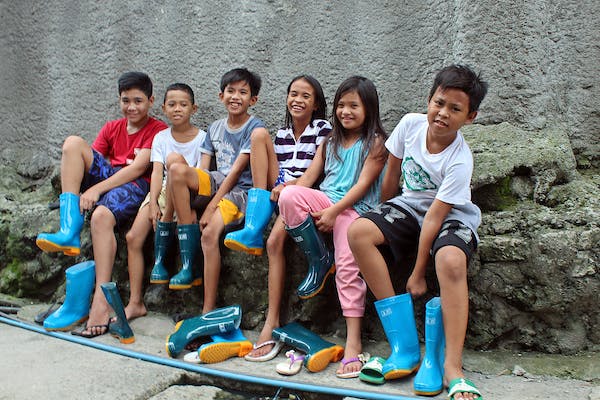 To understand how, it’s important to understand what rainy days are like in Southeast Asia in the first place.

For starters, “rainy days” in places like Southeast Asia are not like rainy days here. All of Southeast Asia sits on the seismically active “Ring of Fire.” This means the region is prone to earthquakes and volcanic eruptions (which can cause tsunamis). On average, a large tsunami happens in Indonesia every five years. The Philippines also gets approximately three times as much as rainfall as the United States. Monsoon seasons can last up to seven months long!

Even when it’s not the year for “a big one,” streets are often littered with garbage, and can be flooded with a mixture of dirty sewer and rainwater.

That means rubber boots are a make-it-or-break-it item during monsoon season. Beyond just keeping kids dry and clean, rain boots can also protect children from waterborne diseases. Some, like leptospirosis or cholera, could even lead to death. By using rain boots to prevent disease, families can keep their kids healthy and avoid expensive medical fees.

When floodwaters are high during monsoon season, rubber boots are also an effective way to keep children in school.

Many kids have to traverse long distances and flooded streets to get to school, making it a barrier to learn. If they miss too many days of school, kids can also get held back.

Women like Jolly used to carry her 8-year-old daughter Althea on her back, sloshing through large puddles of water mixed with garbage, in order to send her to school. She longed to buy Althea a pair of rain boots, but struggled to find money for boots, on top of food. 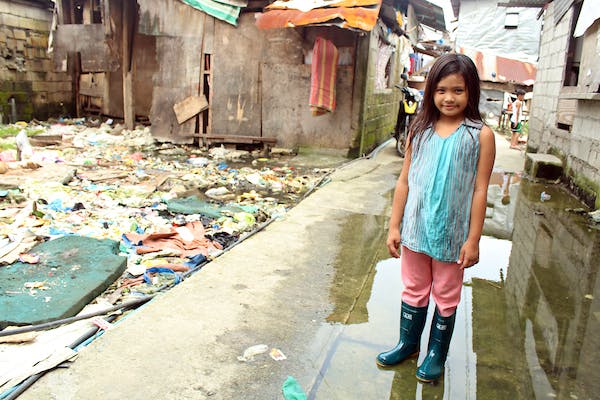 Althea, an 8-year-old girl in the Philippines whose community struggles with the problem of flooding, has benefited from FH’s rubber boots distribution that prevents the spread of diseases.

After FH provided her community in Malabon in the Philippines with rubber boots, Jolly noted she felt “at peace.” Althea is also happier; Jolly noting “even on a rainy day and with flooding, nothing can stop her from going to school!”

While there’s hope for local leaders to improve drainage systems during the floods, something as simple as footwear can make a big difference. For children in the Philippines where “rainy days” take on a whole new meaning, they make all the difference.

This Christmas season, would you gift of a pair of $10 rubber boots to make a “ripple effect” for kids in the Philippines? 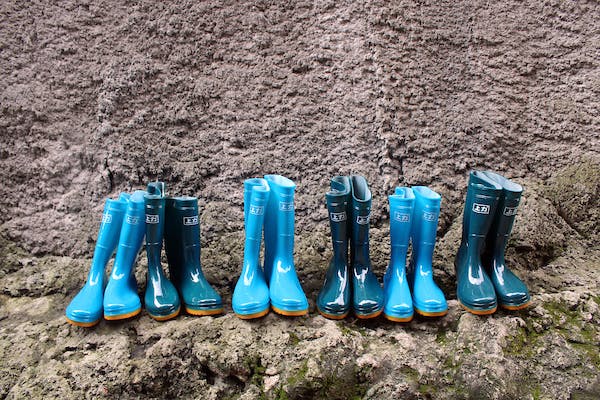