8 Myths About Clean Water Around the World

A natural resource that covers 71% of the Earth’s surface and makes up to 60% of our bodies, water contributes to life around the world, including providing food, income, and wellbeing. Yet, the global water crisis is commonly misunderstood! This World Water Day, Food for the Hungry experts in water, sanitation, and health (WASH) have joined together to help you dispel some common myths about clean water, and give you a better understanding of the work we do with water around the world.

1. Myth: People who drink dirty water are already immune to its effects.

FALSE. Water can be contaminated by a wide variety of disease-causing microbial agents including bacteria, viruses, protozoa, and worms. While the human body can become resistant to some of these agents, many of them will overwhelm anyone’s immune system. Whether you live in the United States, Argentina, Nairobi, or Cape Town, you’re susceptible. Just 100 years ago before the advent of water treatment systems, outbreaks of cholera, typhoid fever, and other serious waterborne diseases regularly occurred throughout North America and Europe. This made hundreds of thousands of people, sick and sometimes killed tens of thousands of people. Children are even more vulnerable. Unfortunately, regular exposure to dirty water did nothing to prevent the spread of these deadly diseases. Parasites and diarrheal diseases rob young bodies of important nutrients and impede physical and cognitive development with effects that last a lifetime.

2. Myth: In poor countries, it is the lack of water that kills you.

NOT ALWAYS TRUE. Many waterborne diseases are not due to a lack of water, but due to the consumption of unsafe water. This predicament is not limited to poor countries. Many countries, including the United States, must continue to work to ensure the drinking water supply is uncontaminated. Contaminated water sources cause diarrhea. Diarrhea then causes dehydration to varying degrees. Cholera, a waterborne disease caused by human water contamination containing the vibrio bacteria, is the extreme case where the body massively and quickly dehydrates, often leading to death.

3. Myth: Any water is better than no water.

FALSE. The Millennium Development Goals aimed to ensure that everyone had access to an improved water source. At the time, “improved” meant that the source was protected but not necessarily free of contamination. For instance, a nearby spring could be cleaner than a downstream river where others wash their animals or clothes, but still contaminated with disease. As a result, the UN’s Sustainable Development Goals now aim to ensure that everyone has access to an improved and safe water source. As mentioned above, it’s not just about access to water but sustainable access to clean water. 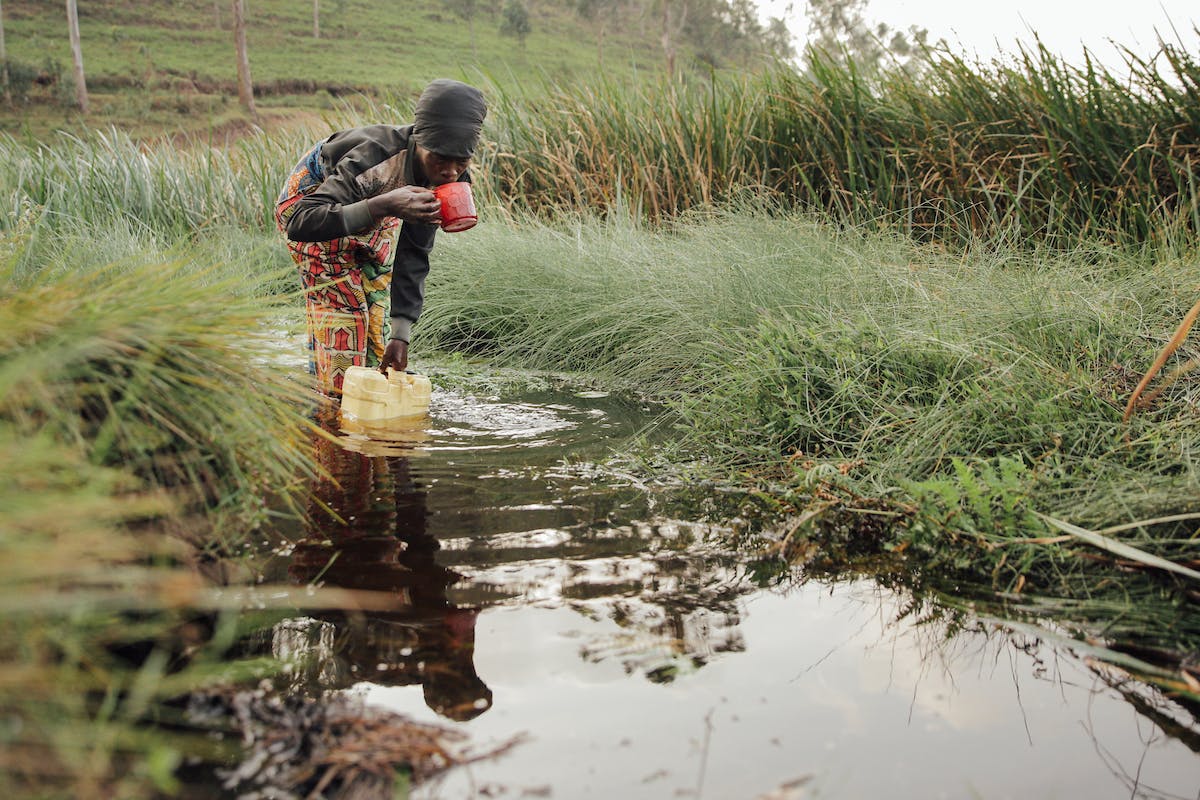 In the Democratic Republic of Congo, households in three administrative groupings have long not been able to access the 914 hectares of land in the Nyalugana valley. FH undertook an effort to drain the swamp and install canals throughout the valley to adequately channel water to prevent further flooding of the plain. Approximately 13,000 households gained access to land after the completion of this project, making it one of the largest land reclamation efforts in the area ever undertaken!

FALSE. We think of the earth as a water-rich environment and we are conditioned to think so by being able to turn on our taps and getting as much as we need at any time. Unfortunately, the truth is that fresh water is a rare resource across much of the earth. In fact, 785 million people worldwide lack access to an improved water source. In many countries in Africa, Asia, and Latin America, the water collection process spans hours. Usually, girls and women bear the brunt of walking miles to the next clean water source. On average, they walk 3.7 miles every day to fetch water! In turn, this has a direct effect on their ability to attend and remain in school and engage in income-generating work.

JUST THE OPPOSITE! Due to the scarcity of fresh, safe water, especially in impoverished countries, the cost of water is much higher as a percentage of income. Because building water systems for free is an unsustainable solution, internal and external actors like FH work with local engineers, local water management committees, and local leaders (including women!) to ensure that functioning water systems are easily accessed by those who need it the most—and people are charged a fair price for the service.

6. Myth: People shouldn’t live in places where there is not enough water to support them.

UNREALISTIC. Personal mobility is not a luxury that everyone has. Often, many people are forced to live in places where there are diminishing resources have diminished because they can’t go anywhere else. Even in the United States, we don’t always intentionally move to clean water sources when we think about moving to a new city. Ultimately, fresh, accessible water is a rare resource. It’s a myth that people can simply identify and move to where there is fresh, clean water. Water availability and accessibility can also shift dramatically over time, even short periods of time. 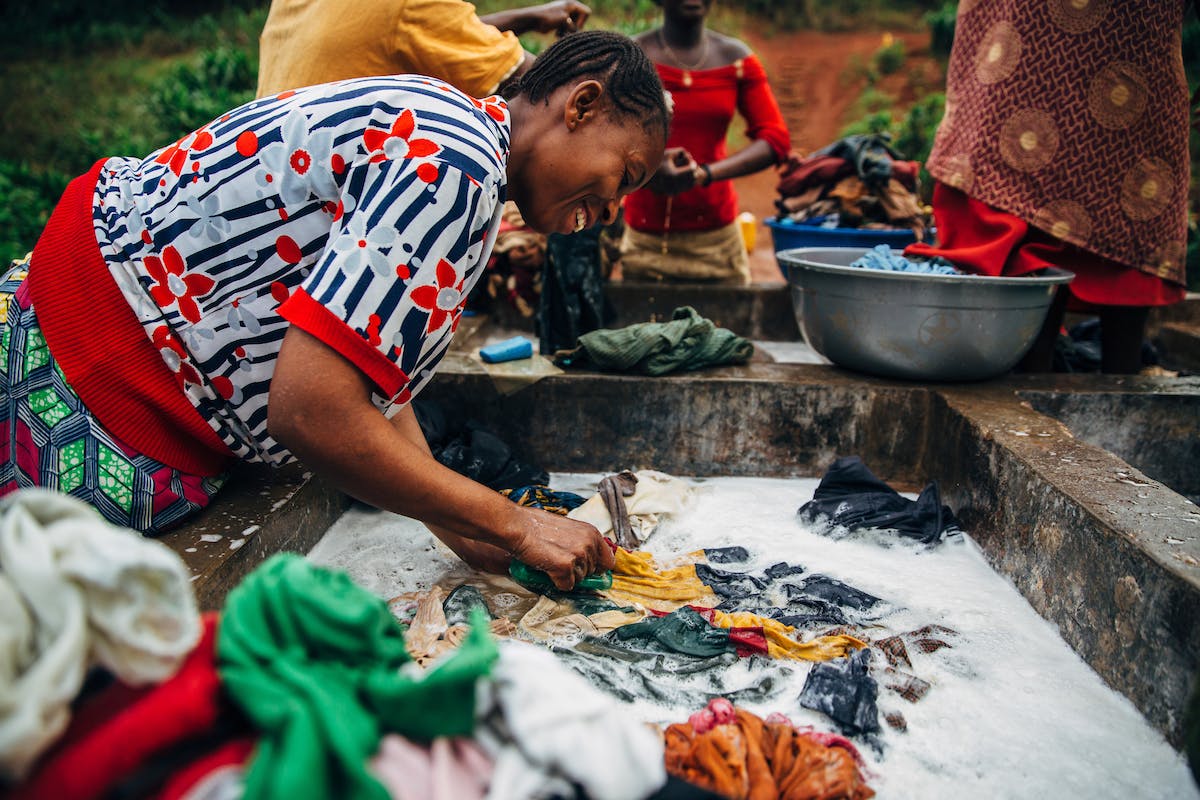 7. Myth: Having clean water is more important in preventing waterborne diseases than having sanitation facilities and good hygiene practices.

FALSE. Most waterborne diseases are caused by the ingestion of fecal waste, with human waste by far being the most dangerous. Drinking clean water is one way to break the transmission route but there are several other ways that waste can be transmitted and ingested. Clean water and sanitation go hand in hand. Even the simple act of teaching handwashing can go a long way in reducing disease.

8. Myth: Rainwater is safe to drink because it hasn’t been contaminated yet.

FALSE. According to the Centers for Disease Control, rainwater is not as pure as we assume it is. Rainwater can carry varying contaminants from the surfaces on which it lands. In fact, rainwater can carry bacteria, parasites, viruses, and chemicals that make humans sick. It has even led to disease outbreaks such as cholera after certain humanitarian disasters. In many countries where FH works, households use rainwater for day to day activities, including farm activities and animal husbandry. 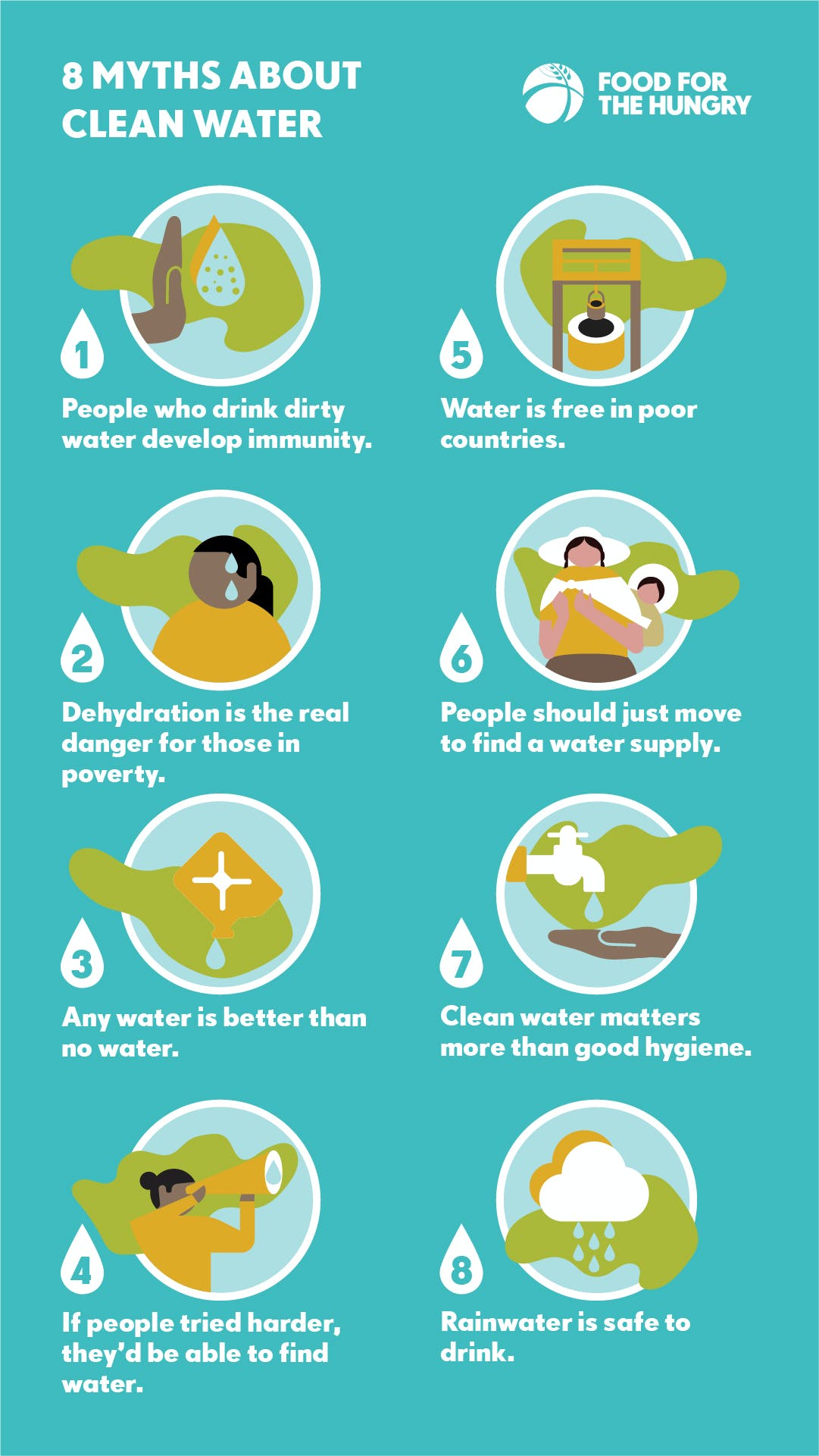 Did any of these myths about clean water surprise you? The global water crisis and getting access to clean water pose serious challenges to more than 785 million people worldwide. That’s about 1 in 10 people! This World Water Day, your donation will be multiplied 22 times so every $1 equals $22! Will you give generously to fund clean water projects around the world?

This post was written by FH’s WASH experts, Taiwo Adesina and Rod Beadle. Taiwo is the Senior Relief Specialist on FH’s relief and humanitarian affairs team. Rod is Food for the Hungry’s Senior WASH and Response Advisor.