Food for the Hungry (FH) works in the Huancavelica communities in Peru where Olluco with Charqui (dried meat) is a traditional food. Olluco, also known as Ullucus, is a cross between a jicama and potato.

Despite containing highly nutritious ingredients such as olluco, jerky and rice, Mrs. Rosa, who is a volunteer mother in Cachi Alta community, adds other ingredients harvested on her farm such as potatoes, beans and peas. This makes the recipe even richer in protein and vitamins. Many families in this area are learning to add ingredients to traditional recipes to improve nutrition for children.

Here is how you make Olluco with Charqui. 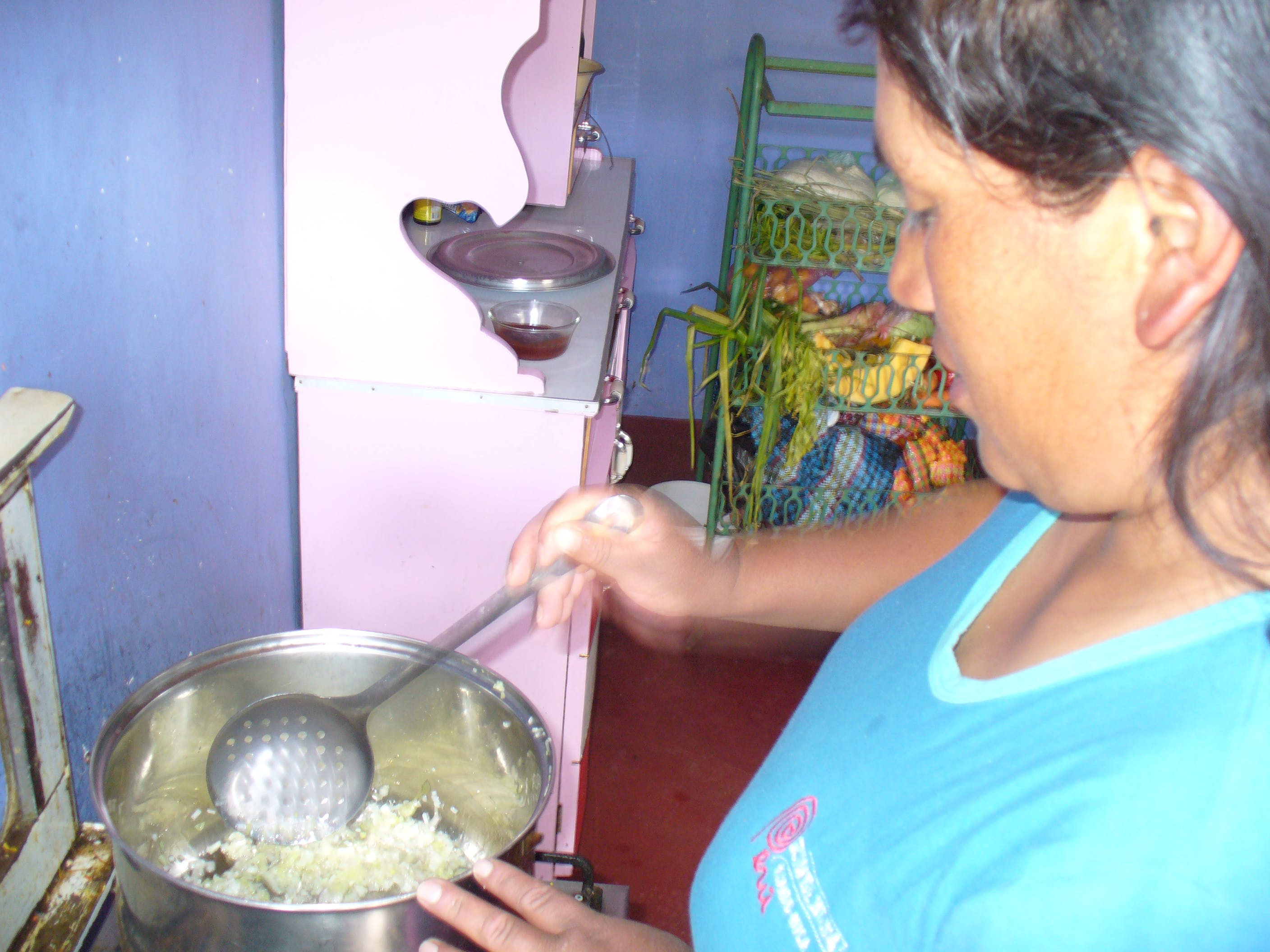 First, fry the garlic in hot oil, and then add the onion until it is cooked to a golden brown. 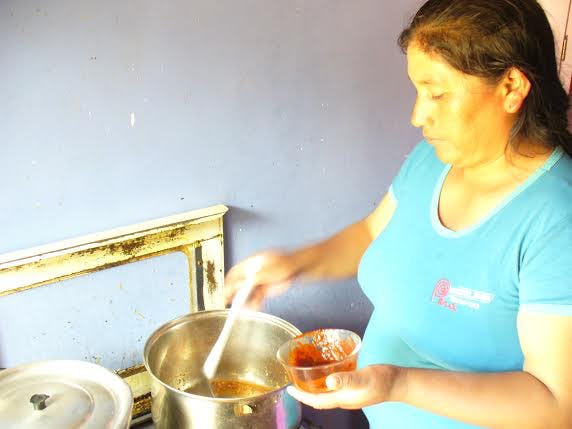 Add 1/2 cup of Panca Pepper Paste to the onions and garlic. 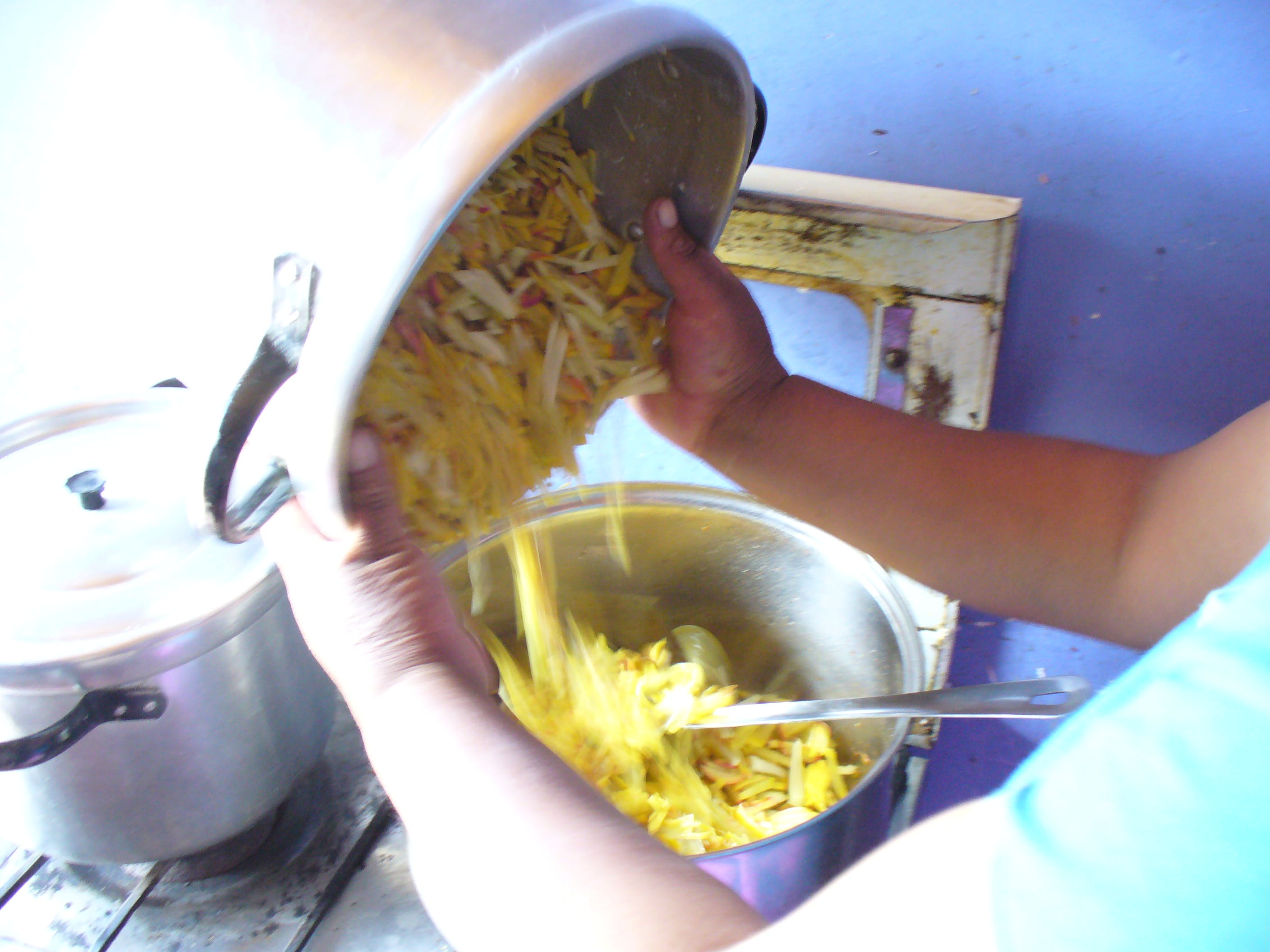 Cut the olluco into julienne strips and add to pot, then add a little water and salt to taste. 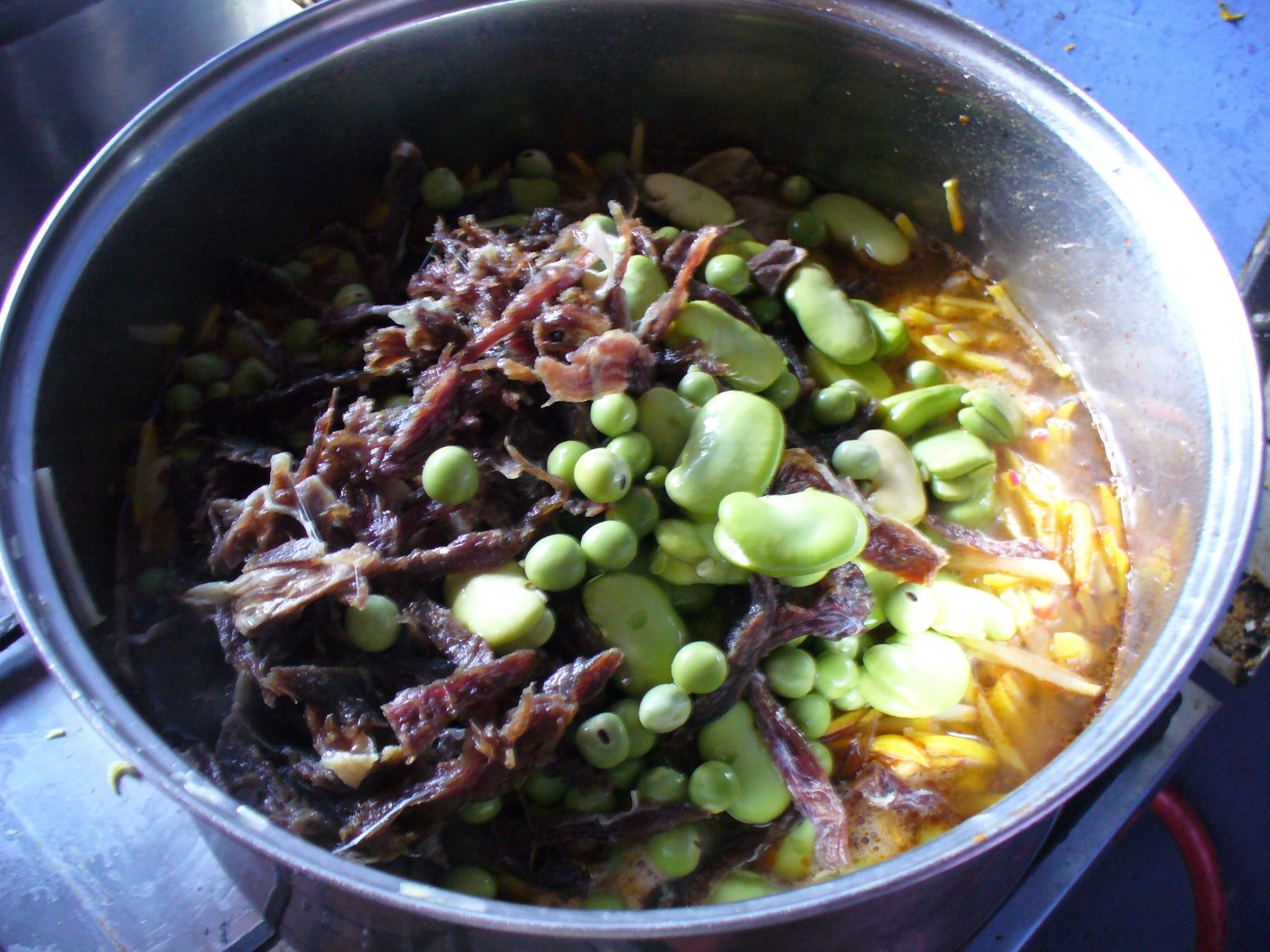 Mix in the olluco with onions and garlic, then add the charqui, green and yellow beans and peas. 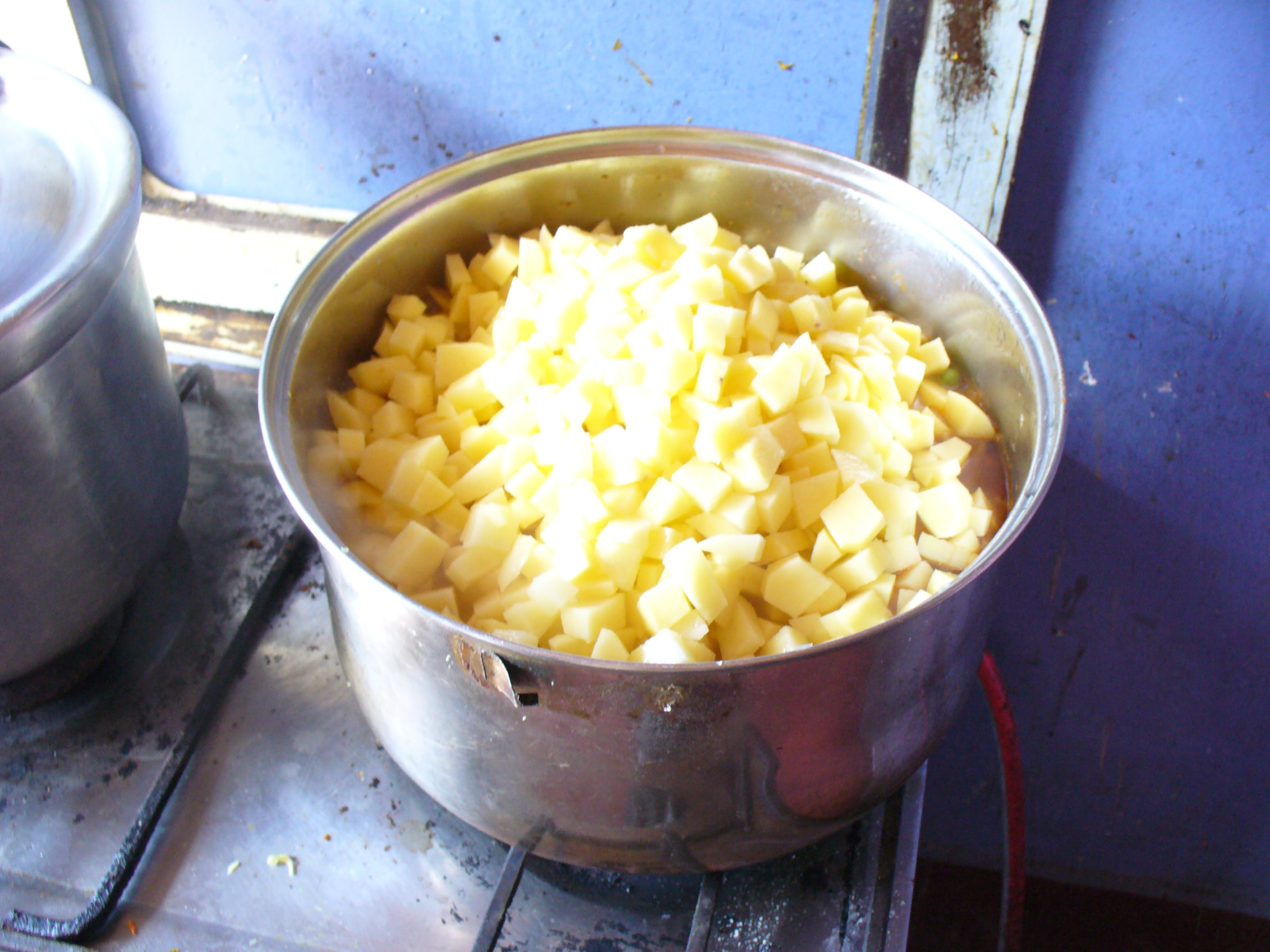 Mix the meat and vegetables, and then add the chopped potatoes. Cook until the potatoes and olluco are tender. While this is cooking, cook rice in a separate pot until tender. 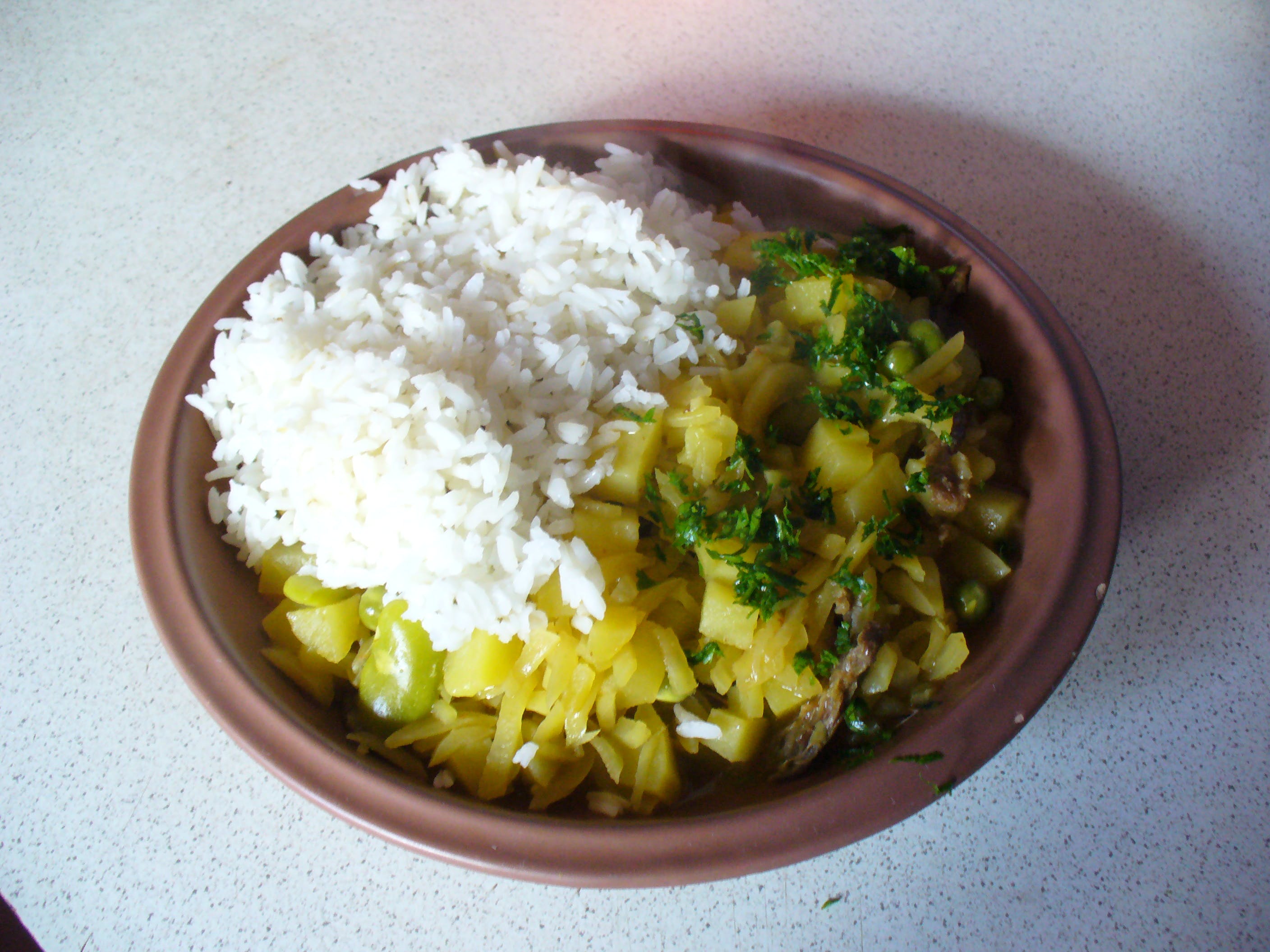 After the olluco with charqui and rice are cooked, serve together with parsley sprinkled on top.

Learn how to make other recipes from other FH communities, like Ethiopian injera, where because of partners like you, people are becoming more food secure.