Sometimes this verse is interpreted as if to say, “You can’t overcome poverty. It’s a useless cause. Don’t waste your money on it. Even Jesus said so.”

Another Point of View

Was Jesus really saying that ending poverty is a useless cause? Let’s look at the passage and find out.

While Jesus was in Bethany in the home of Simon the Leper, a woman came to him with an alabaster jar of very expensive perfume, which she poured on his head as he was reclining at the table.

When the disciples saw this, they were indignant. “Why this waste?” they asked. “This perfume could have been sold at a high price and the money given to the poor.”

Aware of this, Jesus said to them, “Why are you bothering this woman? She has done a beautiful thing to me. The poor you will always have with you, but you will not always have me. When she poured this perfume on my body, she did it to prepare me for burial. Truly I tell you, wherever this gospel is preached throughout the world, what she has done will also be told, in memory of her.” —Matthew 26:6-13

When Jesus said, “The poor you will always have with you,” did He mean that His followers shouldn’t care about the poor? Was he saying that attempting to resolve extreme poverty is useless?

Looking at this passage carefully, in context, reveals a few insights. 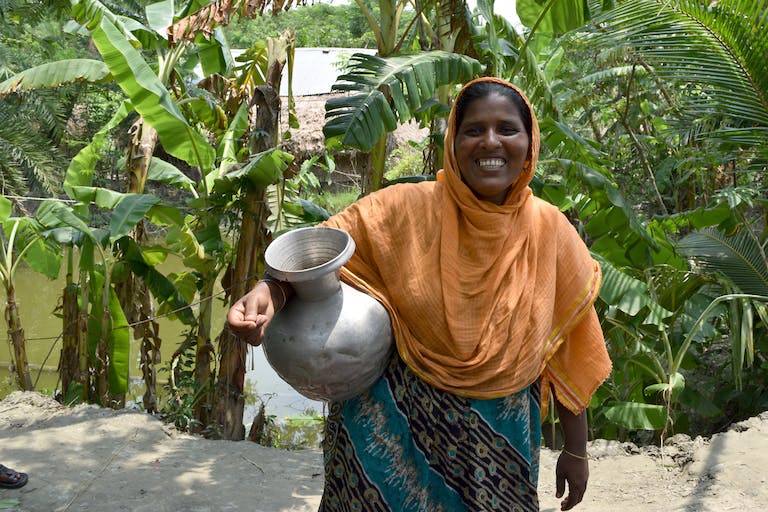 1. First, “The poor you will always have with you” is only half of the sentence.

The remainder is this: “But you will not always have me.” Jesus was speaking directly to the disciples, and referring to their own lifetimes. Of course, we know that the disciples and all of Jesus’ followers will always have him! In fact, after His resurrection, Jesus said, “And surely I am with you always, to the very end of the age” (Matthew 28:20).

It’s clear that when Jesus said, “You will not always have me,” he was foreshadowing the fact that the very next day, He would be crucified. He was certainly not giving a life sentence of poverty to the poor. However, it is also testament to the fact that Jesus comes before all other people in our lives, or any of the “good works” we do, even in His name!

2. Next, it’s important to note that Jesus was quoting from Scripture.

His audience, the disciples, would have been very familiar with the verse from Deuteronomy, and therefore would have had in mind the rest of the verse that He was quoting.

“There will always be poor people in the land. Therefore I command you to be openhanded toward your fellow Israelites who are poor and needy in your land.” —Deuteronomy 15:11

The biblical response to poverty is openhandedness. To be sure, the persistence of poverty is not a reason to ignore the plight of the poor, but to draw near to them with generosity. This verse in Deuteronomy makes that clear: Jesus says because the poor will always be with us, that “therefore” we should be even more generous.

3. We know from John’s account of this scene that Judas Iscariot was the disciple who questioned why the perfume was not sold and the proceeds given to the poor.

Immediately after this scene, Judas would leave to betray Jesus. Judas was trying to find cause for criticism of Jesus, and to distract from a lavish act of love to the Savior. Jesus was correcting the idea that any act of love for Jesus is ever wasted. He even called it “a beautiful thing!”

When we follow the many commands of Scripture to care for those in poverty, develop relationships with them, and lavish our time on serving others, might He also call these acts “a beautiful thing”? 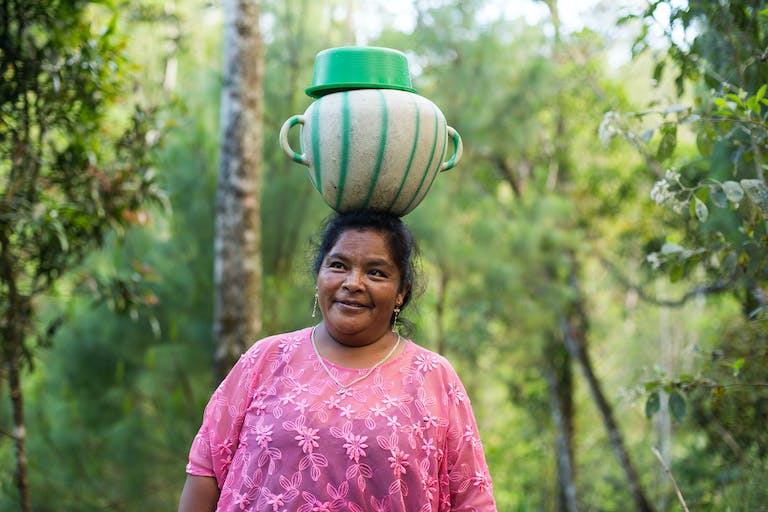 Good News About the Poor

The very good news about poverty is that extreme poverty is ending. At Food for the Hungry, we see it every day as communities move toward graduation out of poverty, into abundance. We believe this work is a sign of God’s Kingdom. It’s part of His plan for the people whom He created and dearly loves.

It’s true that poverty can be passed down from generation to generation with terrible persistence. However, it is NOT true that people living in poverty can’t escape it, or that God wants them to stay in poverty. Scripture is rich with promises that the poor can have abundant life today, including emerging from their poverty.

The woman who anointed Jesus is still teaching us today, just as Jesus predicted. Her example challenges us to give our very best to God, without regard to the way others might see us. How might God be calling you to give Him your best today?

The Harvest is Plentiful, Workers are Few—What’s it All About?