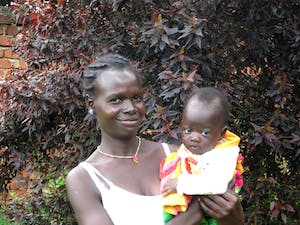 FH was able to help Peace and her child from Uganda.

Take a moment to think about a young child experiencing the horror of his father or mother dying right before his eyes with the dreadful disease of AIDS. Even worse, he knows that he has tested positive for HIV that, in time and without proper treatment, could also take his life.

It’s hard to imagine that more than 39 million lives have been lost globally to AIDS. The Human Immunodeficiency Virus (HIV) targets the immune system, making it difficult for the body to fight against infections. The most advanced stage of HIV is Acquired Immunodeficiency Syndrome (AIDS).

On December 1, individuals around the world will unite for World AIDS Day.
The World Health Organization (WHO) established World Aids Day to raise awareness in the fight against HIV. It is a time set aside to focus on people living with HIV as well as the millions who have died from the disease. Food for the Hungry (FH) developed an outreach program to share prevention messaging and provide comprehensive HIV/AIDS medical services to women in Uganda in an effort to prevent the transmission of HIV from mother to child. 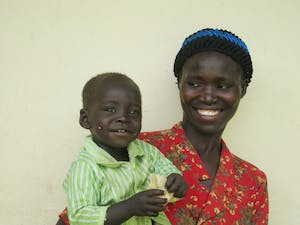 FH was able to assist Polline and her child from Uganda.

A total of 102 HIV-positive pregnant women were enrolled and assigned caseworkers in Northern Uganda as part of a project implemented by FH for Preventing Mother to Child Transmission (PMTCT). They received high-tech management and medical services from the New Life Medical Center (NLMC) throughout their pregnancy, delivery, and breastfeeding. They were given multivitamins and anti-retroviral medications (ARVs), lab tests, and treatment for opportunistic infections. Fortified millet flour, sugar, and soap were provided as a part of the regimen the mothers were to strictly follow.

The results have been staggering. Seventy-seven HIV-positive mothers gave birth, six had miscarriages, and 19 were still pregnant and receiving HIV services as of July 2014. Of all the infants born to the HIV-positive mothers following the program, 90 percent tested negative for HIV. 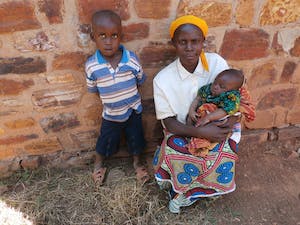 Eugenie and her children got help from FH in Burundi.

FH caseworkers counseled partners on prevention and mitigation of violence and shared scripture while teaching a biblical worldview to further the project’s objectives. Mothers gained self-confidence to live positively and understand prevention methods. FH also created family support groups as a method to encourage male participation in project activities. The groups started outreaches to dispel the stigma generated by HIV in their communities. One community member said, “We don’t fear HIV now. We are treated as a fellow human being instead of an outcast who is HIV positive. The counseling at NLMC helped restore hope to me and my entire family. We have a renewed life.” 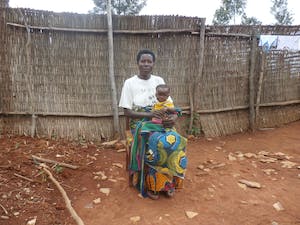 FH was able to help Gabriella and her child from Burundi.

As we celebrate the successes of FH’s project in Uganda, there is still work to be done. FH has successfully replicated the Uganda model in Burundi, while exploring its use in other countries. As in most cases, there is a limited supply of funding to make projects available to those who are in need. Please, prayerfully consider how you can give to help in this crisis.

Read More on AIDS | Give to AIDS Prevention