Refugee [noun]: A person who has been forced to leave their country due to war, persecution, or natural disaster.

We’ve all seen photos of refugee camps. Tents stretch on for miles and thousands of families line up for food and water. Nights are cold, little ones cough and cry, and hope is scarce. Food for the Hungry (FH) has walked alongside these vulnerable populations many times in our 40-plus years of reaching out in Christ’s name.

Thanks to our generous and compassionate friends and partners, we’ve been able to help refugees in the some of the world’s hardest places. But what happens after the crisis is over? We’ve seen time and time again that when the tents are gone and people are resettled, there are many hidden costs from being a refugee that affect children and families for a lifetime. Do you know what they are? Here are just three:

Many Rohingya, Syrian, and Iraqi refugee children are unable to attend school in their host countries. The lack of educational opportunities may be the most damaging long-term effect on refugee children. There are children in refugee camps in Lebanon who have not attended school for four to five years. The same is occurring for Rohingya children in Bangladesh. Children without an education have limited possibilities later in life. Their children are less likely to attend school. The lack of opportunity can turn to anger and resentment, with highly damaging consequences for a nation.

Living in a tent or a half-built building is very stressful. That’s how many Rohingya refugee families are now living in Cox’s Bazar, Bangladesh. Family rhythms break down and children feel adrift. Parents fight, sometimes violently. Families split up. Even if the family returns home, there are scars on relationships that take a lifetime to heal—if ever.

They May Not Want You Back

People returned home after the genocide in Rwanda and closely related violence in Burundi were over. They’d been away for years…in some cases, decades. Many returnees found that their land had been appropriated while they were gone or divided up among relatives. This land had been their source of nutrition and income. People crowded back to where they thought they might be able to make a living or where they had family. Ultimately, they found they couldn’t support their household.

The influx of people also meant a lack of space in classrooms, doctors, and water in the communities. Additionally, many are permanently branded as an outsider or foreigner in the community that is supposedly their home. 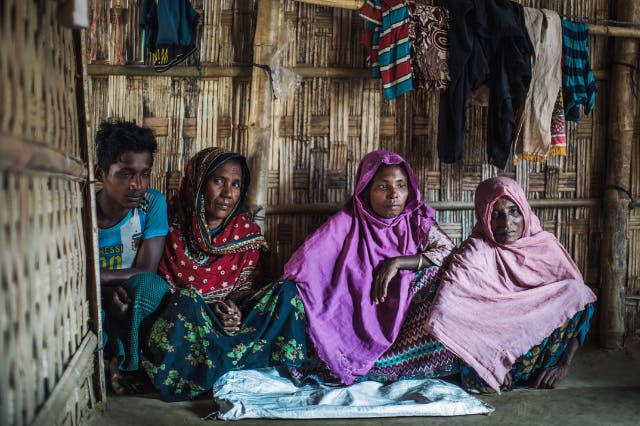 Food for the Hungry continues working with refugees in Bangladesh and returnees in Rwanda, Burundi, and other countries to help communities tackle these problems—and you’re helping if you’re sponsoring a child with FH in these countries. Working with refugees takes a long-term commitment, not just a few months of handing people food and blankets.

Thank you for making a difference in the lives of the most vulnerable.