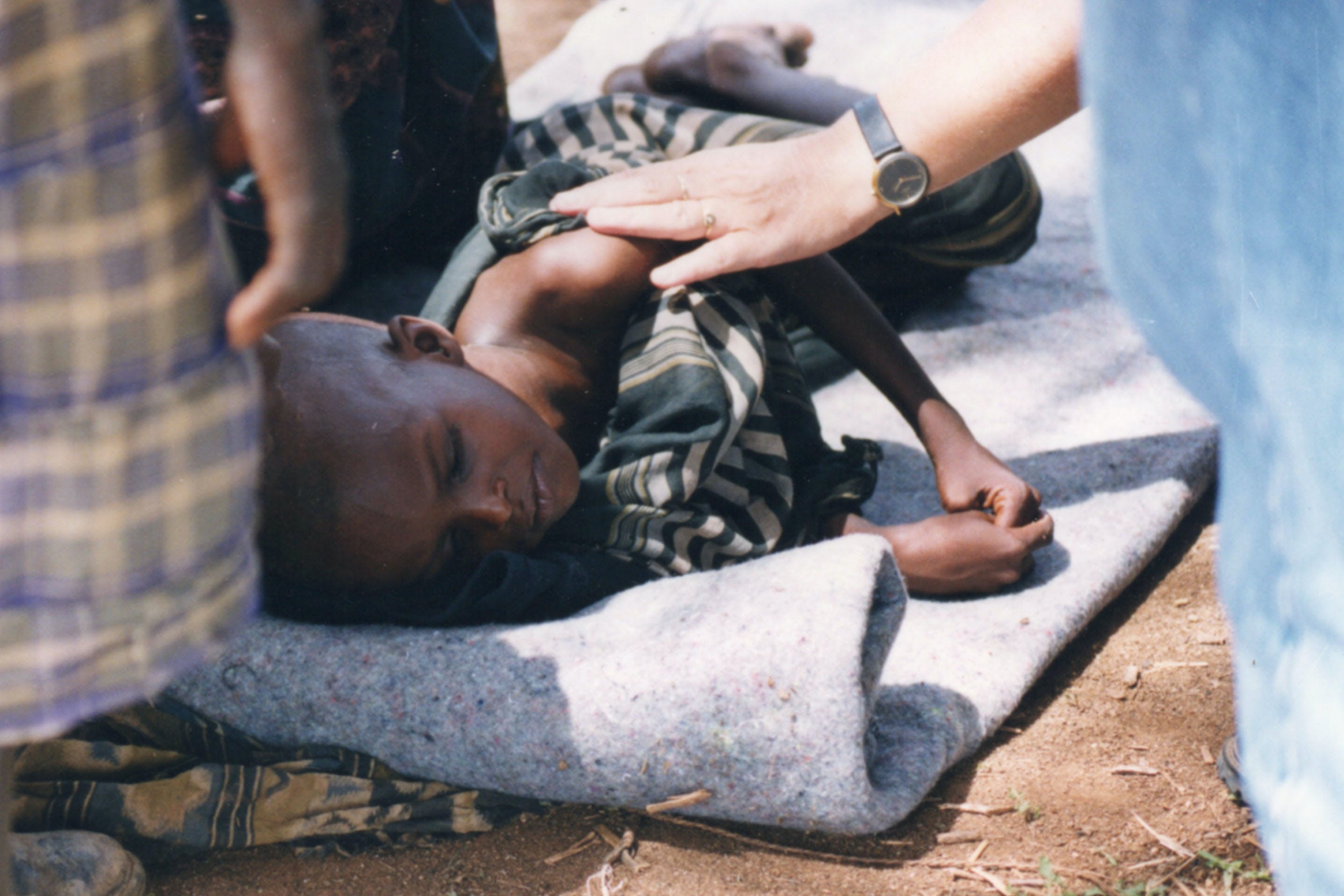 Thirteen years ago, I traveled to the rugged, remote border of Ethiopia and Somalia. I met several people who had started life in Somalia, but for myriad reasons had lived for a time in Ethiopian refugee camps. And I met with many ethnic Somali families who led a nomadic lifestyle, herding cattle and goats.

Nomadic herders don’t wander aimlessly. They travel well-worn pathways that provide assured food and water for livestock. Ancient alliances between clans give them access to precious wells and grass for the animals.

But when serious drought struck, the Somalis couldn’t find the pasture and water they needed. They drove their herds far off their normal paths. Their animals began to die and their own physical strength failed. They formed bleak, destitute camps in places where they hoped the locals wouldn’t run them out of town.

In one of these camps, we came upon a little boy named Malik, perhaps 8 years old. I could hear his wheezing rasp as we approached. He had terrible pneumonia that made every breath a battle. Instead of a soft tissue, his mother used a broad, tough leaf to wipe away the junk that erupted from his mouth when he coughed. In the middle of this stark, waterless desert, he was drowning in the fluid from his lungs. Weakened by the endless walking, his young immune system gave way to the killer disease.

I was traveling with a nurse who provided a dose of antibiotics. But she told us privately she thought the disease was too far advanced. She also gave Malik a children’s pain reliever, and we watched him relax and then fall into a fitful half-sleep as the medicine took effect. We prayed with him and his parents while his many brothers, sisters, cousins and other relatives watched.

Malik died two days later. Our only comfort was that the pain reliever allowed him to live his last hours more peacefully.

Malik’s family wasn’t in one of the big, formal refugee camps that dot borders all over Africa. Certainly if they had been, he might have had access to medical help earlier. But for me, he continues to symbolize those in this world who are unwanted anywhere they go, whose very presence is considered to be a nuisance or even a threat.

My colleagues around the world work daily with people who are far from home. Some of them are fleeing civil war, like the refugees from Syria. Some have left home because drought or flooding drove them away. Others live like refugees on the outskirts of big cities, where families moved to take advantage of jobs, schools and health care unavailable in rural areas. They face abject poverty and bigotry on a daily basis. FH helps them find solutions, access schools and clinics, or make peace with neighbors.

June 20th is World Refugee Awareness Day. I’m as guilty as anyone of skipping the news stories about refugees, because I feel inadequate to help. But there is something practical you can do that will make a difference. FH needs help now, to aid Syrian refugees. Pass up a few barista-brewed coffees next week and donate toward our relief efforts. Or try focusing on one photo in a news magazine, praying for just that one child struggling to survive. Challenge yourself to view one full news video about refugees – pull up the map on the iPad so you can see where it’s happening. This month, make a forgotten refugee real.