“It was so emotional and made me sad to face these problems,” said Gebeyanesh when she remembered how her family and children had grown up without being properly fed.

Gebeyanesh is a 37-year-old mother to four children ages one to 18. She lives in rural Ethiopia, where land plots are too small to support the families and farmers fight the dry climate.

In September of 2019, Gebeyanesh joined  the Food for the Hungry (FH) health and nutrition program, where she received training on health and sanitation practices. FH also gave her vegetable seeds she used to plant her own keyhole garden.

Before Gebeyanesh and her family joined FH’s health and nutrition program, her community had a low level of understanding and knowledge on health and sanitation. This caused a lot of the children in the community to be sickly and malnourished. Eating a balanced diet and eating enough food was not considered to be important for a healthy life. A lack of vegetable seeds available in the community also contributed to the challenge of preparing nutritious food.

Genet, Gebeyanesh’s one-year-old child, was underweight and small for her age. Gebeyanesh didn’t have enough nutritious solid food for her baby, so Genet was feeding only on breast milk. It wasn’t enough. Genet was hungry constantly, demanding to be fed, and wasn’t getting the right nutrients because she wasn’t eating any vegetables. And the constant breastfeeding made Gebeyanesh very fatigued on a regular basis.

When FH entered Gebeyanesh’s community in September 2019, she joined the health and nutrition program. In this program, she was given vegetable seeds and taught how to build her own keyhole garden. She learned how to use the kale she grew in her garden and prepare nutritious food for her family, alongside the staple foods they had been eating.

Constructing an improved latrine also helped her children’s health.  Before the latrine, her family simply went to the bathroom out in the open, somewhere on their small farm plot. Her children had been getting diarrhea from germs passed from the family’s waste, that contaminated their water and food. The constant diarrhea also contributed to low weight and malnutrition.

Gebeyanesh also participated in a savings group and was able to take out a loan to buy potato seed, one of the staple crops in the region, and build her house. 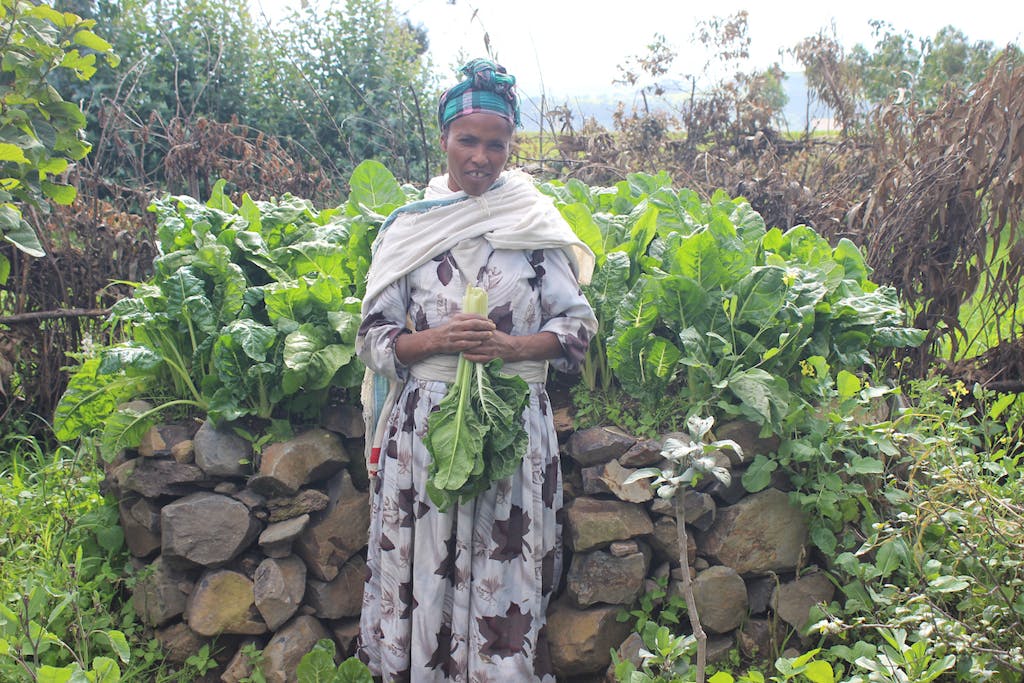 “Being able to participate in the monthly discussion…helped me to increase my knowledge and I was able to understand factors that affected my children’s nutrition status.” said Gebeyanesh when she explained what changed. She continued, “My firstborn son was affected by diarrhea frequently. He had also lost his appetite. The youngest child was able to eat nutritious food four times a day and therefore, she was able to gain weight. And has a good appetite.” In addition, Gebeyanesh said that constructing improved latrine had helped her stop defecating in fields. She noticed the change in the health status of her children after constructing latrines. The provision of kale has helped her to diversify her food. 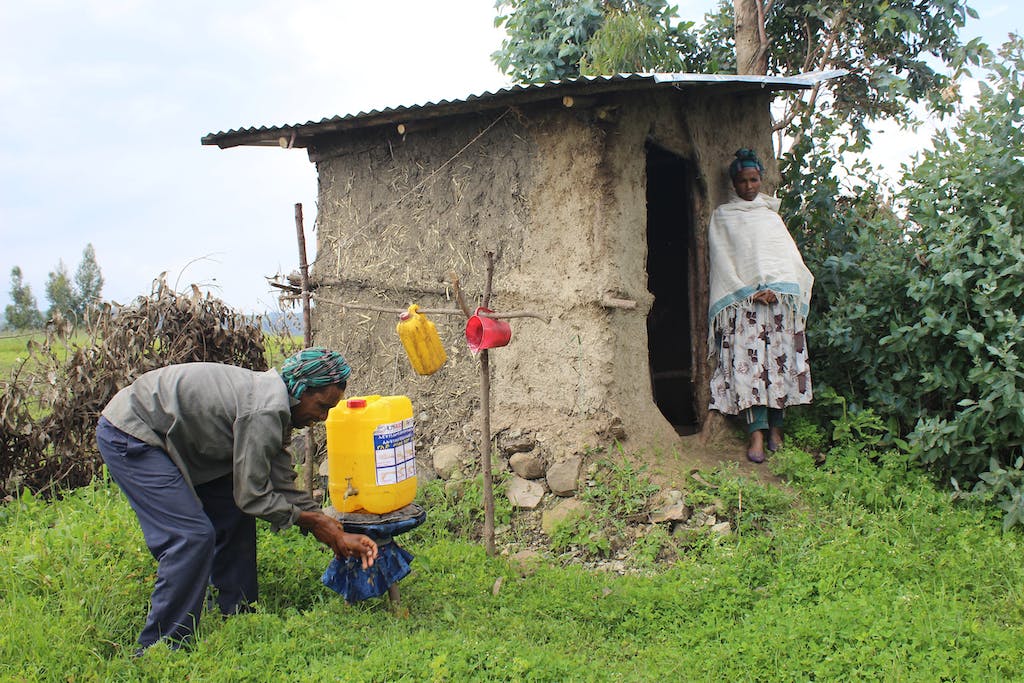 Gebeyahesh and her husband using family latrine they built after training.

How Is Life Different For Gebeyanesh Now?

“My family lives a happy and healthy life. The medical expense has decreased significantly because my children are eating healthy food.” ​Gebeyanesh said that she is most grateful to be able to harvest vegetables from her backyard. This makes life easier and she is no longer concerned about her children being sick.

When asked what her hopes and dreams for the future are, Gebeyanesh says, “​I know the benefits of producing vegetables. Therefore, for the future, I will produce as much vegetable as I can and I will be able to sell them.” 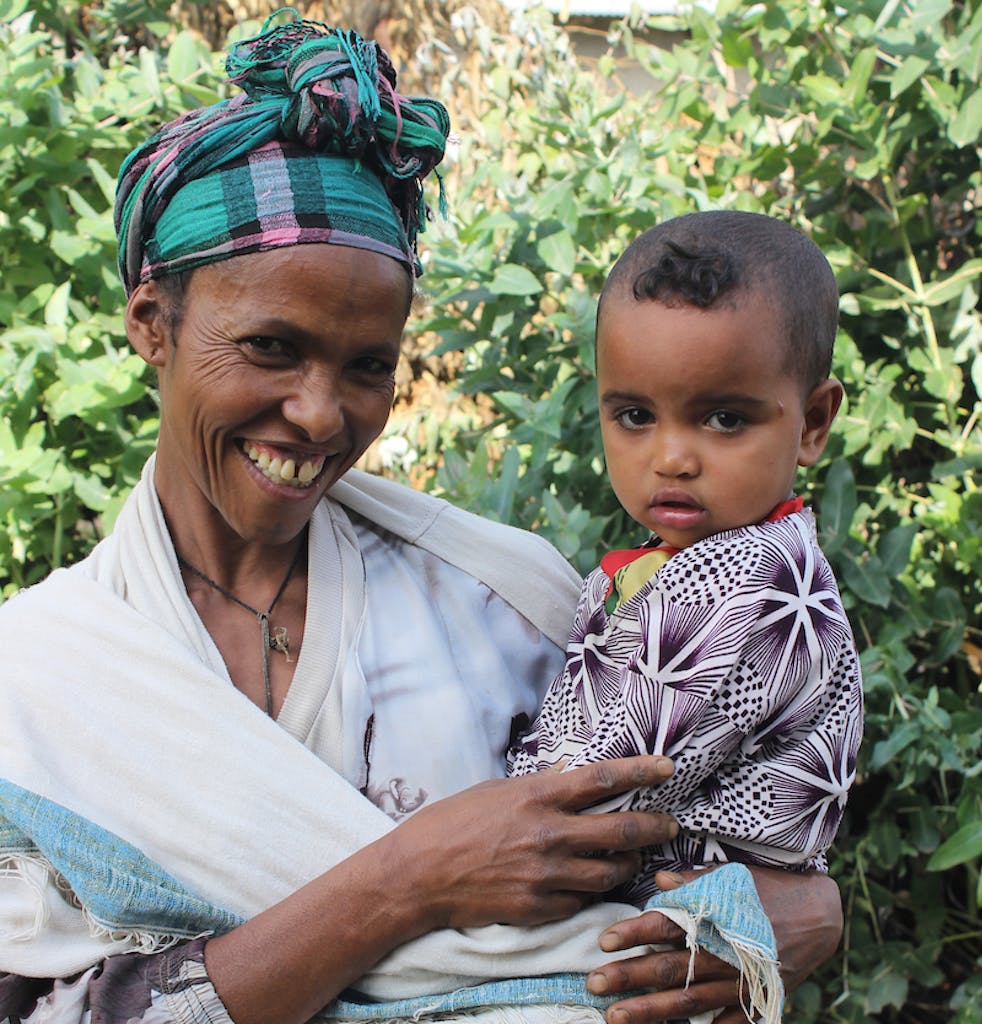 Gebeyanesh and her one-year-old daughter Genet.

Help provide families like Gebeyanesh with vegatable seeds to ensure they have the proper nutrition they need to live healthy lives. Learn more about the keyhole garden Gebeyanesh learned how to grow.

Hope The Size of a Vegetable Seed

Community, Connection and Courage: A Look at 2020