Voices From the field: South Sudan Refugees Tell Their Story

The complexities of the South Sudan refugee crisis are myriad. Merely crossing the border, leaving the war behind, doesn’t end the nightmare. Food for the Hungry is walking alongside refugees and host families in Northern Uganda who are part of the living hell of the world’s worst refugee situation since World War II.

This story from a Food for the Hungry Ugandan staff member captures the journey of a family of four, from South Sudan to northern Uganda, where they’re now living as refugees from the civil war in their home country.

Aside from a few basic edits for clarity, and the subtraction of their surnames and exact details on their location due to their extreme vulnerability right now,  this is a true “story from the field.” 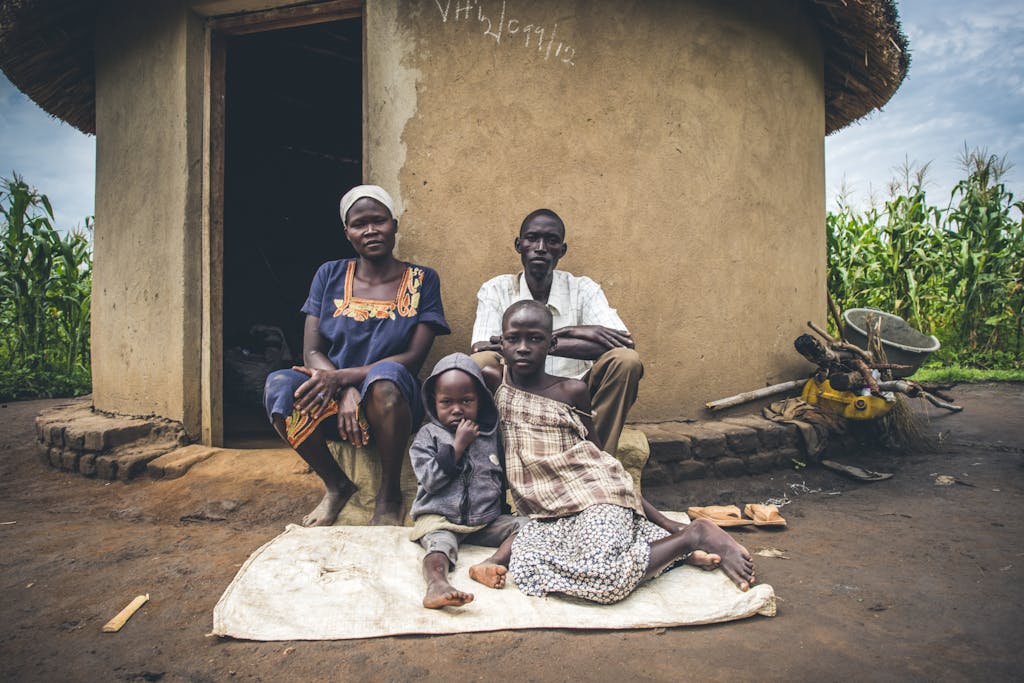 Irene and Micheal have one daughter (Evalyne, age 7) and are caring for another daughter (Spencher, age 14 months) whose mother and father were killed in South Sudan before they fled. On one fateful day, soldiers came and rounded up Spencher’s parents in their house and shot at everyone inside, killing them instantly. Spencher survived because at the time of the killing she had been taken to live with her uncle, Micheal, because her mother had conceived too soon and was not comfortable staying with little Spencer. Micheal had been teaching in a secondary school, after completing a bachelor of education course in mathematics and physics. His wife, realizing that the security situation was worrying, called for him to return home. On his arrival, soldiers captured the whole village, killing people indiscriminately.

That night they heard people passing by their home and fleeing all night. When Irene went outside, all she saw was a massive exodus of the entire village. Irene, Micheal and their children joined without picking up any household items and fled to a locale nearly 15 miles away that night. Micheal’s uncle was killed.

The next morning, gunshots started at 5 a.m. and lasted until 7 a.m. They again fled on foot to another village seven miles away. After a while, they went back home to pick up a few household items and were arrested by soldiers. Irene and Micheal were beaten nearly to death and again escaped and fled back to where their children were staying.

They then moved as a reunited family to another town close to the Ugandan border, planning how to cross into Uganda. The road to the border was insecure with soldiers patrolling, stopping and killing people running to Uganda. So they had to look for an alternative route.

The cost of using the alternative route was about $350 and they could not afford it. So they walked on foot for a week through the bush until the came to a place where they met a friend, who gave them $3 for lorry fare to be carried across the border.

Irene and Micheal arrived in Adjumani, Uganda, where they had nowhere to go and knew nobody. While stranded at the lorry park, a certain man who knew Irene from many years ago recognized her. He knew that Irene’s mother lived in a nearby town. The man transported the family to the mother’s home, where they were received and given accommodation and food.

Life soon became difficult staying with Irene’s mother and brother. Irene’s brother was a daily drunkard who insulted and abused Irene and Micheal, and sometimes told them to leave the house. They decided to move out of the mother’s home and rent a hut, where they currently stay.

To earn money and put food on the table, they go out and dig, providing casual labor where they might earn  $1.70 per day, and perhaps a serving of beans or cassava for a meal.

Their life is miserable, and they prefer to go back home to South Sudan. If they perish, they perish. As FH we stand with such families and report such cases to the Office of the Prime Minister. They then receive a plot of land to settle.

Once families receive their 30 meter by 30 meter plot, they often receive an invitation to join a farmer’s association. The associations have access to unused land that the participants clear and plant.  FH provides training on farming, seeds and tools for planting.  For Irene and Micheal, life is now just a waiting game.

You can help refugees like Irene and Micheal, and their children with a donation today.  With your help FH can provide refugee families with food, water, personal hygiene items…and hope for a better future.