Light after Darkness: A Syrian Mother’s Story of Pain, Hope and Learning to Dream Again

Across languages and cultures, mothers can relate to the deep emotions that children bring. Mothers carry a daily profound sense of joy, richness and blessing, and the immense burden of care and concern. Today you have the privilege to get a glimpse into the life of Cedra, a refugee mother of five from Syria, and her journey to find happiness and hope after great loss. Be encouraged by the powerful restoration and hope that comes when God’s people respond with tangible care and love.

Before the war, our situation was stable and good. I was married and used to dream about having babies. After six years God finally gave me a daughter.

I used to dream about having my own house and that dream also came true. I worked in the house and made it nice while my husband worked on our farm and provided a good living for our family. I had two more girls but dreamed of having a boy, which God also finally gave me. I felt all my dreams had been fulfilled — I had my house, children, both girls and a boy. I was satisfied. When I would look at my son I would think I owned the whole world and would thank God.

My world came crashing in when the war Syria started. I was afraid for my children. One day we were told terrorists were going to attack our village so there was nothing else to do but flee. With kids in arm and 8 months pregnant, we fled for our lives, literally, running on foot out of the village. Our village was all agricultural farmland. My husband told me to go one way out of the village. In the panic and rush, I didn’t understand and I went the other way. Unknowingly I was running towards the terrorists.

Snipers started shooting at me. With my son in my arms and holding the hands of my daughters and one niece, we ran. But we couldn’t run fast enough. A bullet hit my son in the shoulder and went into his heart. My niece was also shot.

My father came to recuse us and take the children to the hospital, but it was too late. The hospital was underequipped and was not able to save them. After taking us to the hospital and going back to help others, my father was stopped at a check point and disappeared. To this day we have no idea where he is or even if he is alive.

In thirty minutes I lost my son, my niece and my father. There is nothing I can do to explain this moment, there aren’t enough words. My son was one year, 11 months and 17 days old when he died. I know the age exactly because I would count every day. I was so thankful that God gave me a son.

I was 8 months pregnant at the time so I wanted to give birth and then come to Lebanon, but I had nothing left. Our house was bombed, along with our farmland and tractors.

For the next month, I continued to flee conflict, going from village to village staying with different relatives until I finally gave birth to my daughter. I had to travel to Lebanon on my own because my husband had to stay in Syria. I came with my four daughters, the youngest only a few days old. It was hard, a big responsibility on my own trying to keep my daughters safe as we traveled across the country through conflict and check points.

I was very lost when we first arrived in Lebanon. It was winter and very snowy, a new place, and I was responsible for my five young daughters on my own. I didn’t know what to do.

My cousin was the first one in our family to meet the pastor of the nearby Lebanese church. She told me I should meet him. I was depressed and thought if I could just be happy again it would be better than money. If I could feel good on the inside, it would be better than anything else. It effects the kids a lot since I’m the mom. If I am not happy, my children are also not happy.

So I went to the church and found out that they were helping refugees in the informal camp where I lived. They were providing food vouchers, blankets and stoves for winter, and had opened a learning center for Syrian children who could not get in the Lebanese public school.

I benefited from all these things, but even more I found friends, a community and hope.

After two years, I am happy again. Now I know and hope that I will see my son again in heaven. Sometimes I think if I never came to Lebanon and met this church, what would have happened to me. Sometimes I still feel bad, but this community helps me and makes me feel better. Money is important, but at least now I have happiness again and believe that someone loves me. 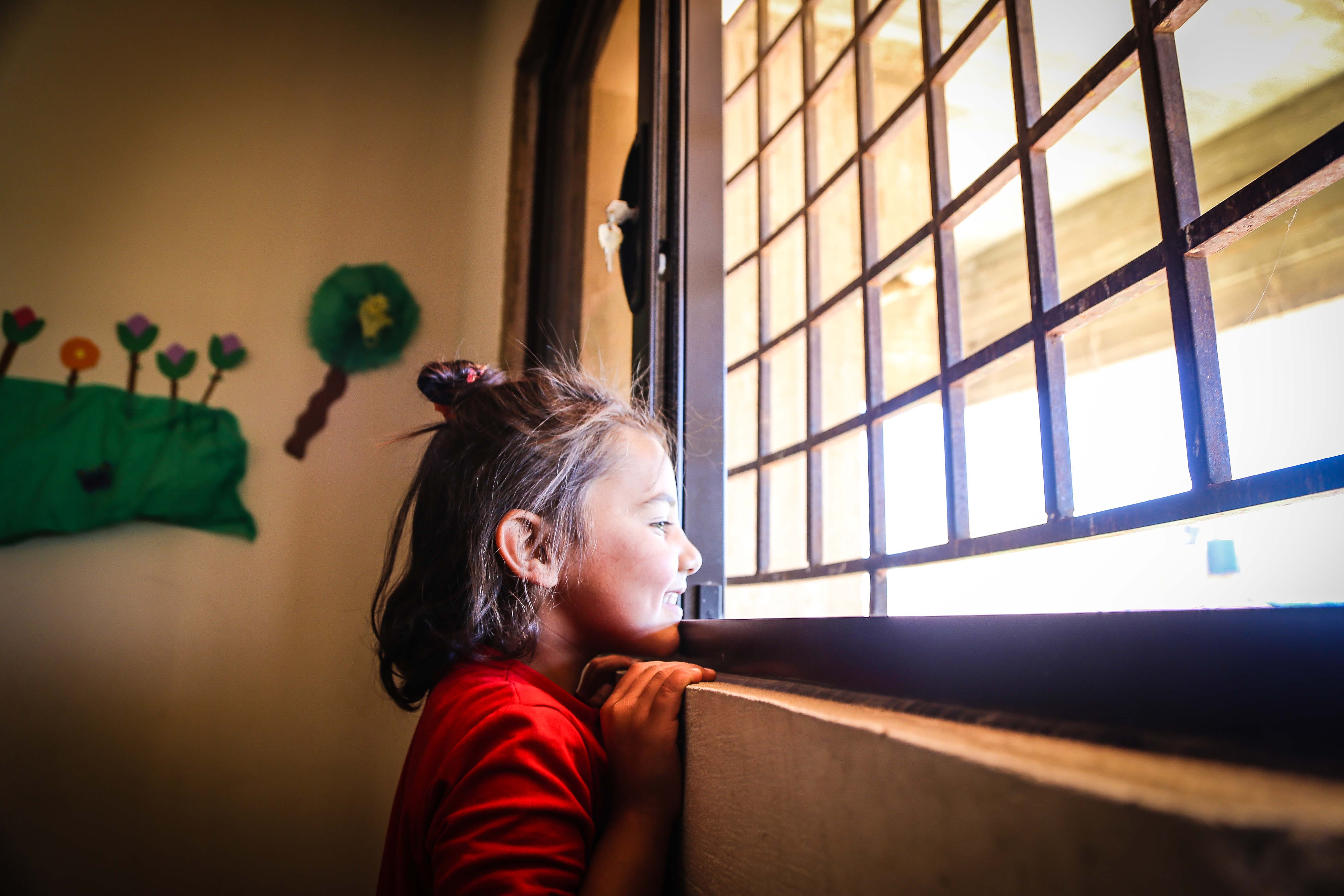 My children go to the learning center at the church. Everything has improved for them since they started going to school here. They are learning, growing and aware of everything around them. They are emotionally better now too. They have friends and a place to play. They ask to go to a park to play, but there is nowhere safe to play except at school.

Hope for the Future

I hope to go back to Syria. I dream of a stable life with my husband and daughters in one home again. I hope my children continue to learn and get an education. It is the most important thing that they get an education, learn the value of life, how to respect others and live a civilized life.