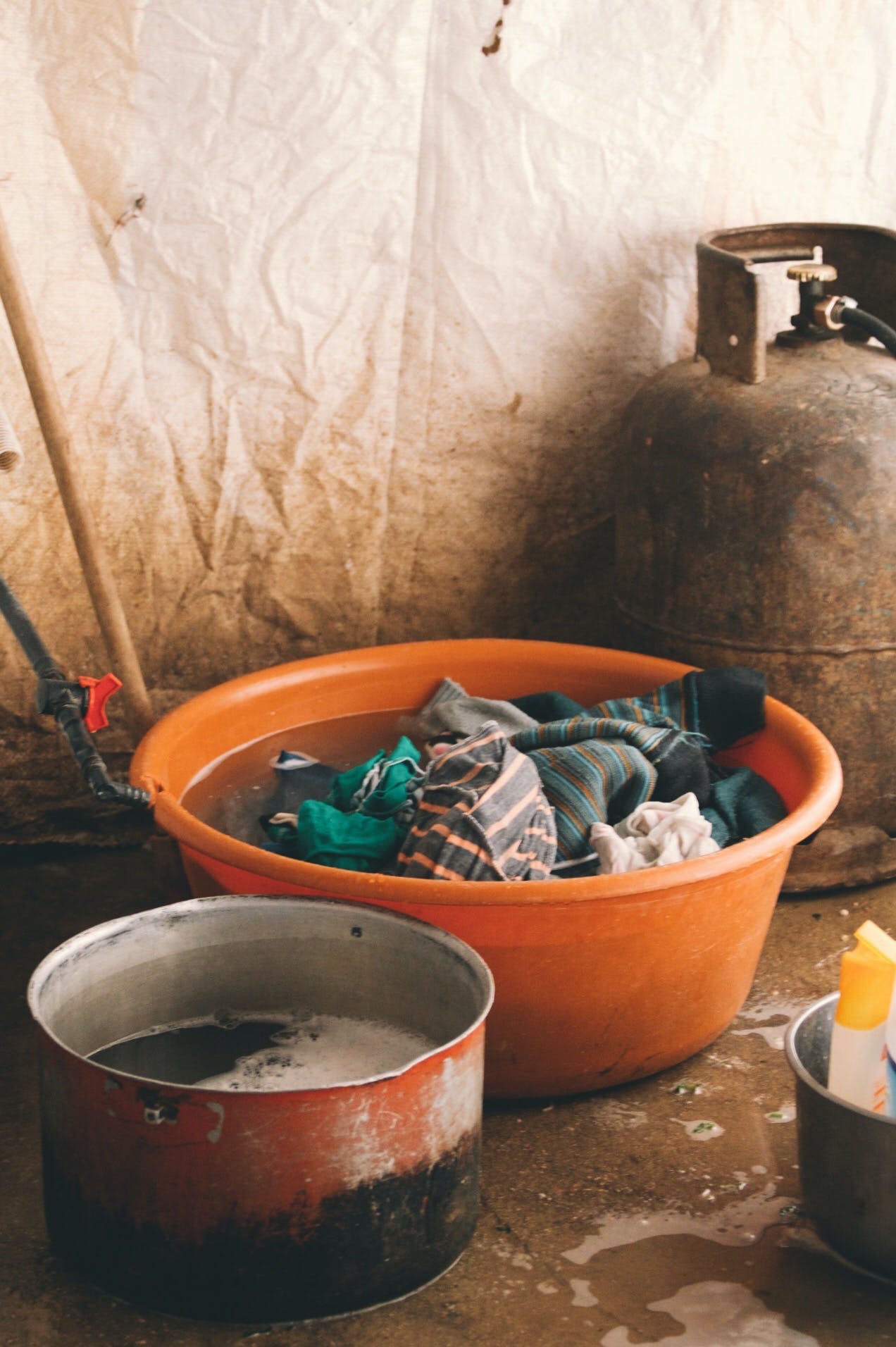 It was just past noon and the day was already heating up, approaching 85 degrees. Rasmia, a Syrian refugee and Food for the Hungry (FH) beneficiary, was hand-washing clothes in the same room considered to be the kitchen.

The room’s concrete floor was covered in a thin layer of water from the laundry. Their two parakeets chirped from the other room (her husband, Mohammad, had an affinity for birds). Her eight-month pregnant belly rested on the water tub as Rasmia wrung out each item of clothing and then deposited it into a bucket on the floor. Later, she would hang them up to dry.

Mohammad was home and watching the children play in and out of the house. This was one of the many days in which he did not have any day labor work he could do to earn an income, his only livelihood. 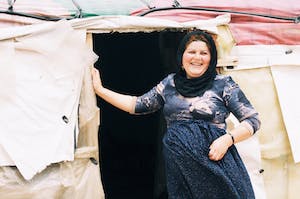 Rasmia stands outside of her home in a refugee settlement just a 20-minute drive from Syria.

Rasmia and her family immigrated to Lebanon four years ago from Aleppo, at the start of the Syrian war. They felt they no longer had security in their homeland and had to leave. Their whole families made the move and scattered throughout Lebanon in various refugee settlements.

Lebanon was an obvious choice for Rasmia’s family as they had vacationed in Lebanon many times and always enjoyed it. Plus, they were able to settle just about 20 minutes away from the Syrian border so they’d be able to return home easily when the war was over, something Rasmia hoped for immensely.

In the meantime, they lived in a home made of plywood and tarps that had no front door. This structure had been their home for the entire time they have been living in Lebanon. Two of Rasmia’s children were born there.

Though they don’t exactly pay rent, the husband works for the landowner in exchange for the right to settle there.

“If the landowner calls, I have to come help him even if it means leaving a paying job and better opportunity,” he said.

The arrangement made it impossible to improve their situation, part of the reason this family prayed this arrangement would be temporary. 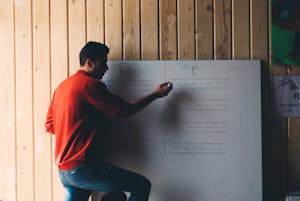 Two of Rasmia’s older children were finishing their classes at the morning shift of “tent school,” and a third would attend classes in the afternoon. This school in their small refugee settlement aims to teach basic literacy to refugee children who had never received schooling.

The funding for the school was provided through a conglomeration of sponsors. FH partners with Middle East Revive and Thrive (MERATH). Through its network of churches, MERATH works with a church in Rasmia’s community that helps refugees like her family by doing things like building and funding tent schools.

The church now hosts 70 tent schools throughout their city. All of them are so busy that they have classes in two shifts: one in the morning and one later in the afternoon. Project Coordinator for the church, Hamzeh, says they are thinking of adding a third school shift.

Hamzeh said all of the classes follow a Syrian school curriculum and are taught by refugees who were certified teachers in Syria. This is so that the children will be able to go right back into classes when they eventually return to Syria.

Room for Living in Lebanon 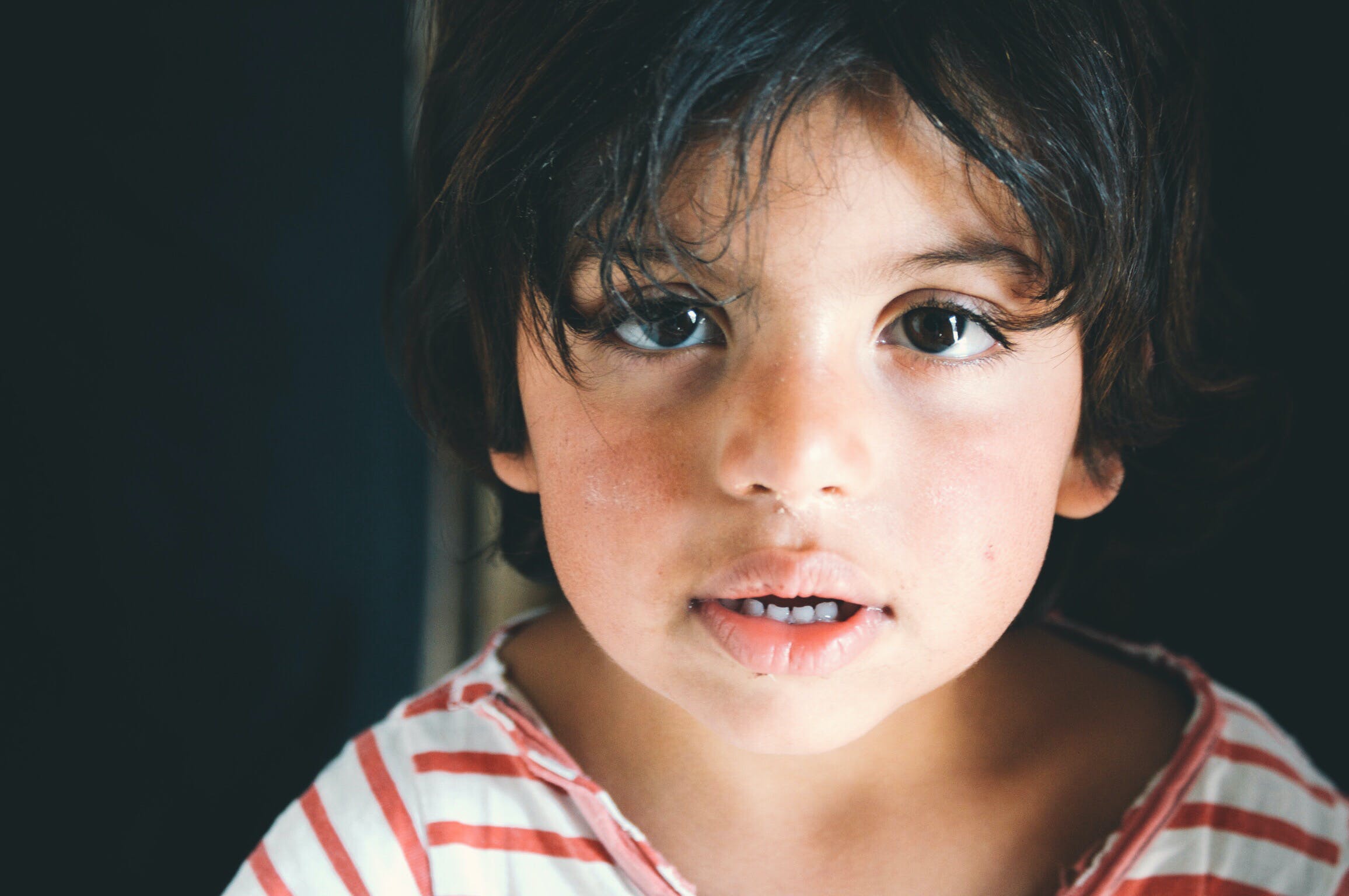 Rasmia’s daughter Nour was born in their home in Lebanon.

Rasmia’s family was gathered in the small living room/bedroom of the house. They sat on thin pads that served as seats during the day and beds at night. A small, outdated television played Arabic cartoons in the background.

The plywood walls were veiled in waxed tarps. The concrete floor was covered in another waxed tarp; this one was bright red with a pattern of silver flowers woven into it. Nails hung on the wall to keep clothing and scarves off the ground.

Perhaps the most obvious attribute of the living room was the pipe that came through the wall and down into the center of the room. This pipe was meant to connect to a heater, which was not needed during the summer months but would help them survive during the winter months.

The heater was just one of the provisions provided by the church. In addition to this, they received fuel vouchers, access to the schooling program and food packages.

Rasmia and her family receive one package each month that includes oils, crushed wheat, rice and lentils. It serves to supplement their meals, not be their entire food source.

“Without the food parcels, we would be in a very sorry state,” Rasmia told us. The living room is the same room in which they gather for breakfast and dinner as a family. Rasmia says her children “are always hungry, even at 11 at night!” She says her family goes through seven packs of pita bread a day in addition to the items from the food packages.

“Life is very difficult,” Rasmia said. “Life here now, though, is better than in Syria during the war.”

Rasmia and her family are one of the 1,800 families being assisted by FH through MERATH and the local church with these programs.

You can help too, by giving to relief efforts in Syria here.

This is part two of a three part series on my trip to Lebanon. Click here to read part one.

*Names have been changed to protect the identity of those in the story.