In this day with easy access to 24-hours-news channels, how is it possible that there are forgotten disasters?

Whether you get your news from television, social media, or websites, it’s been curated. Someone else has made decisions about what’s important. And unless you make a special effort, you’ll see a fraction of what’s happening in the world.

As Christians we are charged with being a voice for the voiceless:

Speak up for those who cannot speak for themselves,
for the rights of all who are destitute.
Speak up and judge fairly;
defend the rights of the poor and needy. (Proverbs 31:8-9, NIV)

How can we be a voice for the hidden, the voiceless, the unseen, if we aren’t listening for their cries?

Here are three places and situations that need prayers:

In addition to COVID-19, Haiti has been fighting political unrest since early 2020. And now, there’s disagreement about the date of the end of the president’s term, with pressure for the current president to step down. 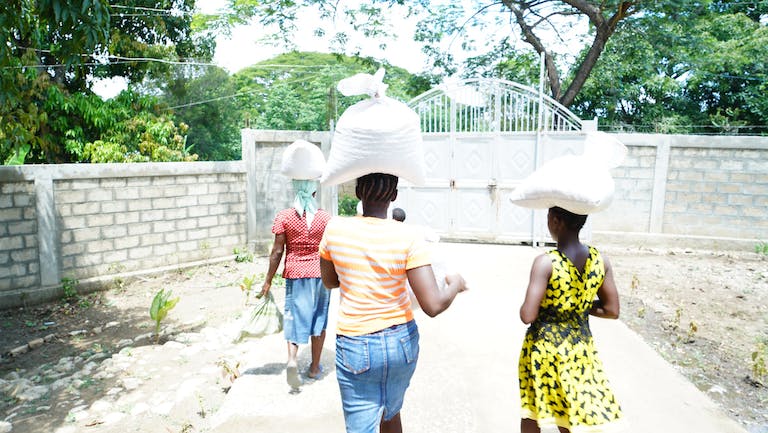 It’s estimated that of Haiti’s 11.4 million people, over half are affected in some way by the crises. And over a quarter — some 4.4 million — need humanitarian assistance.

Food for the Hungry (FH) has been assisting families with food distributions to help them through the crises. FH has also provided families with healthy seeds to plant, both for food and cash crops. That way, families can eat healthy and have leftovers to sell in a market begging for produce.

As you read this, why not take a moment and pray — right now — for Haiti?

The Democratic Republic of the Congo (DRC) is a huge and varied nation. FH works in the northeastern portion of the country, near the borders with Rwanda and Burundi, and along the western shore of Lake Tanganyika.

The DRC has a long history of subjugation and violence, often tied to its natural resources (rubber trees, mineral wealth). FH began work there in 1995 caring for orphaned and unaccompanied children who had fled the genocide in Rwanda. A short time after FH entered the country, civil war broke out. Hostilities raged in the country from 1997 to 2003,  killing an estimated six million people. Millions lost homes and crops as well. And the population continues to suffer from outbreaks of violence that disrupt their ability to provide food, education, and health care to their children.

Care Group members learning more about how to care for ducks and chickens.

FH focuses on helping families and children with projects in agriculture, water and sanitation, and health and nutrition. By training volunteers leaders from the community to teach health and hygiene, FH reaches tens of thousands of people at a time. That’s many more than if FH staff alone taught classes. FH has also supported families to develop fishing as an income-producing industry, and in draining swamp land to provide new farm plots. And, FH has helped health clinics build water and sanitation systems, which improves outcomes for sick patients.

Pray for continuous peace in the Democratic Republic of the Congo, so that FH’s work can continue uninterrupted.

FH has been working in Mozambique since 1987, during Mozambique’s civil war, with programs in agriculture, income generation, health, and water and sanitation.  The situation in Mozambique’s Cabo Delgado region dissolved into terrible violence and conflict during 2020. The perpetrators are an extremist group locally known as Al-Shabab, linked to Islamic State. These extremists killed civilians, destroyed homes and properties, and robbed food and medicines. They’ve leveled public structures like schools and health clinics that will take years to rebuild. Many of the families attacked were still recovering from Cyclone Kenneth in 2019 as well. 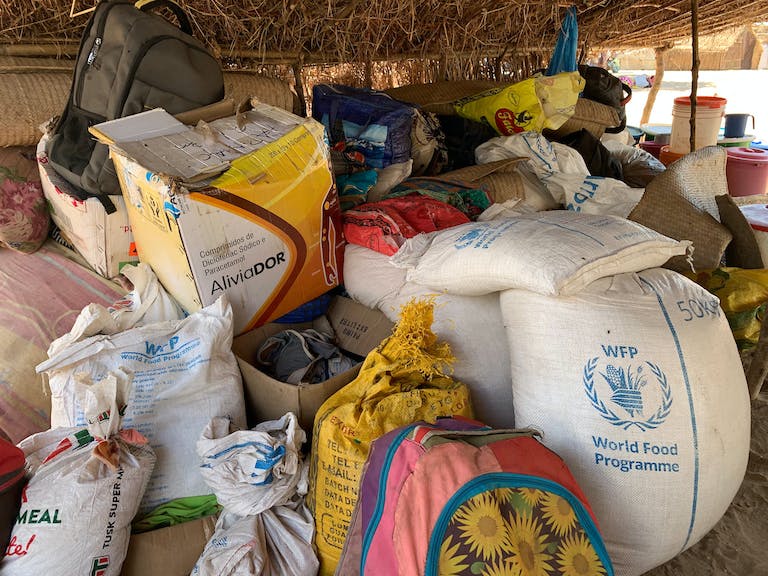 A sample of food rations that FH has been providing to displaced persons escaping violence in Mozambiuque’s Cabo Delgado region.

Moving into crowded, temporary camps is their only option. But food and clean water are scarce in camps, and the threat of COVID-19 is even worse when families can’t practice social distancing easily. FH will therefore make sure any staff working with the IDPs have adequate personal protection equipment (PPE) when they are in the encampments. Additionally FH is working to provide food, shelter kits (tarps, rope, etc.), personal hygiene kits (soap, nail clippers, dental hygiene supplies), and feminine hygiene supplies, known as “female dignity kits.”

Pray for an end to the violence in Cabo Delgado, and for the health and well-being of the displaced families

Interested in contributing to some of these forgotten hotspots? Check out FH’s Causes page, with frequent updates on problem areas needing prayer and financial support.

Four Global Issues to Pray for in 2021