Toilets aren’t something Americans talk about much. Most of our households have them, and the biggest discussion tends to be whether or not the last person who used it put the seat down. Or, did that person replace the empty toilet paper roll?

But, did you know toilets are a novel idea in some parts of the world? 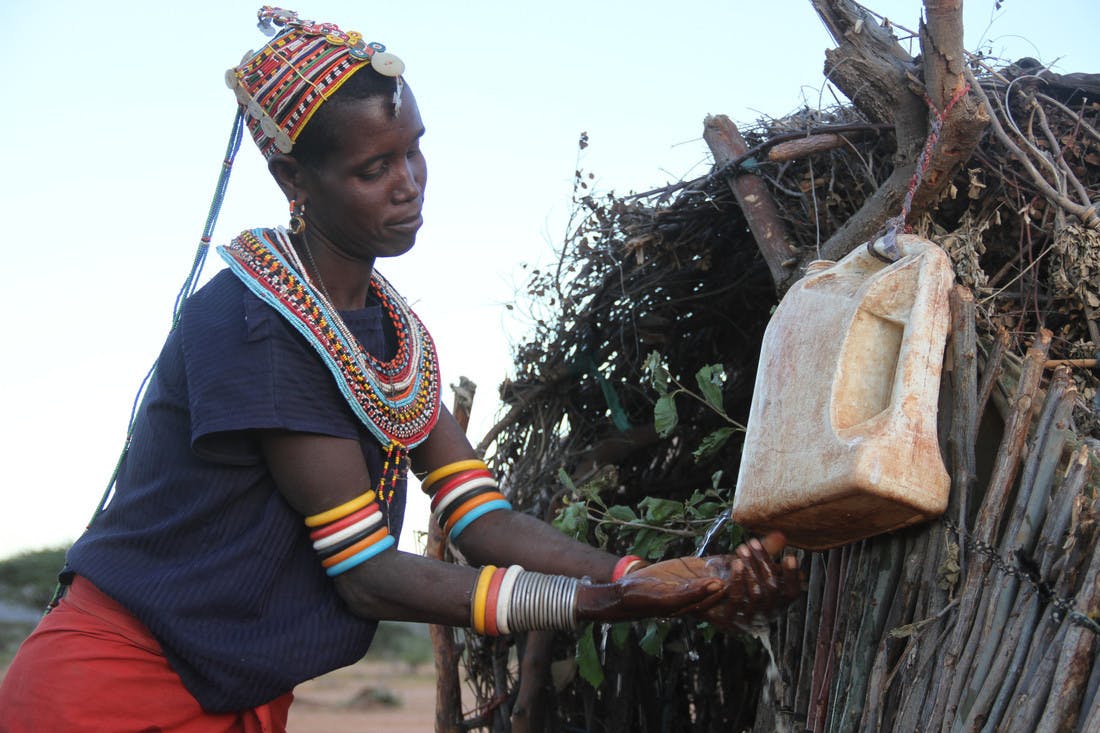 Take northern Kenya for example. There, most people make their living herding livestock. In Marsabit County, where Food for the Hungry (FH) works, more than 80 percent of the people live in extreme poverty. Half of rural households lack adequate water for their livestock, much less to flush a toilet.

See where this is headed?

Without adequate water, pastoralists don’t have what they need for their livestock. Extreme poverty festers. Without the resources to build and flush a toilet, 65 percent of rural households lack proper sanitation. This leads to disease, which keeps kids out of school, which allows extreme poverty to fester even more.

According to the World Health Organization, 2.4 billion of the world’s people lack access to improved sanitation. Nearly 1 billion people defecate in the open — near their homes and the water sources from which they drink. You’ve seen the resulting flies on children’s faces, along with distended bellies from worms. These are symptoms that a child’s future has been compromised by various things, including but not limited to improper sanitation.

In Partnership with MWA

In partnership with Millennium Water Alliance (MWA), FH and other non-government organizations started the “Kenya Resilient Arid Lands Partnership for Integrated Development” (KENYA RAPID for short). The goal is to give these pastoralists a sustainable and resilient livelihood. We also want to help them live disease-free. This is accomplished by supporting improved access to water, sanitation, and hygiene.

The constitution adopted by Kenya in 2010 deems access to clean water as a human right. It assigned county governments the responsibility for water and sanitation policy. Because of our 30-year relationship with five key countries, FH was selected to serve there as the lead agency for MWA. We are organizing with other agencies to: 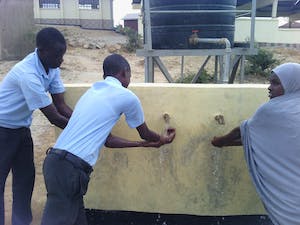 Hawayi Ali Adan and her family entered the program this year.

“This water project has been very beneficial to us as a family,” Hawayi said. “I used to walk over a kilometer to get water from the nearest water source. The queue there was long. Sometime I would queue just to find water storage is finished. Most of the time, I used water vendors who overcharged us.”

That was just to get water for her family. Not only did Hawayi’s family struggle to pay for water, the vendors’ containers often were so dirty that Hawayi’s children stayed sick. Not only that, Hawayi and her family didn’t know they could stay healthier if they used a toilet instead of a nearby bush. And they didn’t know to wash their hands after using the toilet and before eating.

Hawai’s livestock also needed water. Hawayi had no choice but to keep her kids out of school to help fetch water and care for the livestock. “Sometime, my children would leave home in the evening to fetch water, just to get back when it was dark. This jeopardized their safety. They were unable to fully concentrate with their studies,” Hawayi said.

“Water is now closer to us and affordable,” Hawayi said. She said that her children aren’t sick as much, and they can focus on school instead of finding water. “Much of the family time that was wasted in search of water will now be directed to other income generating activities.”

The latrines are helping to make a safe place for Hawayi’s children to grow up. You can help Food for the Hungry provide more water projects like the kind that helped Hawayi’s family.