Two models of reality: Which is your biblical worldview? 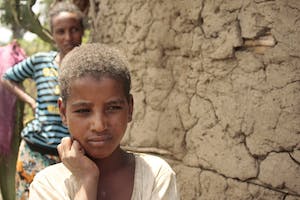 Ideally, every Christian has a concept of reality shaped by the Bible, a biblical worldview. However, the kind of worldview model a Christian adopts powerfully impacts that person’s understanding of who God is and what God is doing in the world today.

There are two important, but different, worldview models adopted by many Christians today. One is best described as a conflict or separation model and the other as a reconciliation or leaven model. They both appeal to the Bible, but depending on which one a person adopts—they yield very different results. Each starts with a clear, but different, understanding of the holiness of God and each gives a different answer to the question: What is God’s orientation toward humanity?

The church and the poor

According to a separation model, sin has consequences. The poor are largely responsible for their own poverty. Their beliefs beget behaviors that consign them and confine them to poverty. According to a leaven model, sin also has consequences. All are accountable for their beliefs and behaviors, rich and poor, but the poor are often victims of systemic poverty and injustice.

Biblical worldview and helping the poor

A separation model views traditional relief and development work as misguided and of questionable Kingdom value, if any. For a Christian organization, it is at best a compassionate prelude to people accepting Christ as Lord and Savior. At worst, unless people are converted, it keeps them alive to burn for eternity.

A leaven model holds that Spirit-driven works of compassion are powerful Kingdom works and that a Christian relief and development organization should be like leaven that permeates the practices of the entire community of organizations seeking to address worldwide poverty. God’s concern for humanity is for the entire scope of our neediness, not just our moral neediness due to sin.

Which is your concept of reality?

Though there is genuine tension between these biblical worldviews, both are compatible with historic Christian beliefs such as the truthfulness of the scriptures, the universality of sin, the virgin birth of Christ, His miracles, His literal, physical resurrection and His promised return. Do you feel the tension? It is a tension made all the more intense, because how you resolve it makes a huge difference.

When you partner with Food for the Hungry, we work together like leaven in a world full of potential. Together, we can make a difference as God’s Kingdom comes to fruition through Spirit-empowered actions of our love.