The Importance of Addressing Maternal Depression

For many women, becoming a mother is one of life’s major milestones. But we also know that for some women, the first step towards motherhood can be a hard one.

This is a devastating fact, given that 1 in every 10 people are estimated to need mental health services at any given time. For this reason, community-based, low-cost interventions are crucial to meeting the needs of the population.

When a mother or a caregiver becomes depressed, it affects her own wellbeing. In turn, it can also impact the growth and development of her child. Children’s early nutritional development is essential to lifelong cognitive and physical health. In turn, this means the impact of maternal depression on a child’s health can be dire in those first 1,000 days and early years.

While we’re seeing a global trend of de-stigmatisation of mental health, maternal depression is unfortunately still too often ignored.

The good news is that caregiver mental disorders are treatable. Well-trained, non-specialist providers can deliver effective interventions. The implications may apply to mothers worldwide.

Food for the Hungry recently conducted a new study of 1,200 depressed Ugandan mothers, which provided fresh insight into the connection between maternal depression, depression treatment, and impact on the uptake of commonly promoted health and nutrition behaviors.

The study, led by Food for the Hungry in conjunction with Columbia University, Johns Hopkins University, and World Vision International and with financial support from the Eleanor Crook Foundation, aimed to understand the role depression plays in a mother’s ability to care for her child’s health and nutrition needs. Through a randomized controlled trial, we tested the hypothesis that the World Health Organisation-endorsed therapy (IPT-G) could reduce depression. This WHO-approved approach is a community-based, empirically-supported attachment-focused psychotherapy that has been rigorously studied, and validated as a low-cost approach to treat depression in low-resource settings.

We wondered: can reducing maternal depression increase a woman’s ability to adopt life-saving health and nutrition behaviors for her children? 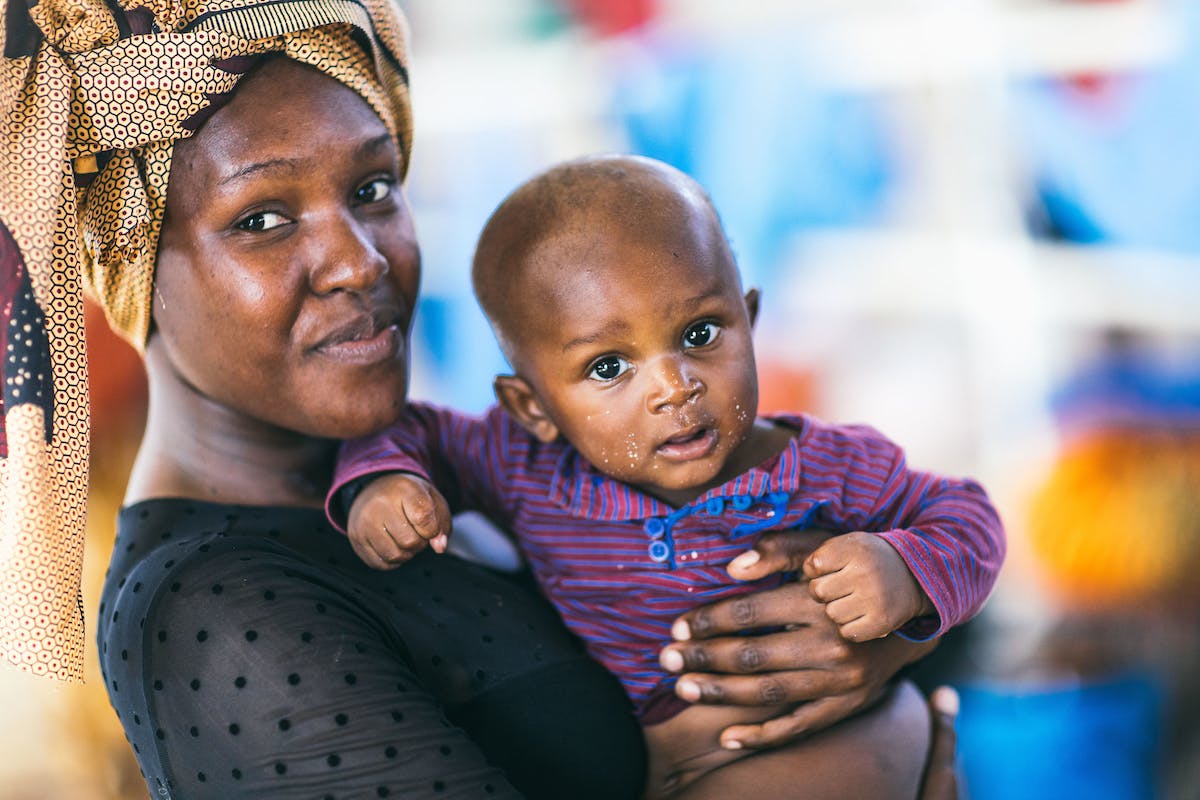 In the WHO-endorsed model, a group of 8-10 women gather together weekly — often in a shaded, private outdoor space — with a trained facilitator. During the 90-minute sessions, women’s depressive symptoms are classified into one or more of four problem areas: grief, role disputes, role transition, and interpersonal conflict. After introductions and check-ins, facilitators gently work with each woman on examining negative thoughts, behaviors, and attitudes and their impact.

Then, these women collaboratively develop target goals related to the problem area and share group perspectives. Humanitarians have been implementing this form of group therapy has globally since the 1960s.

In the research trial, half the depressed mothers were randomly selected to receive 3 months of weekly treatment, followed by 15 months of peer-to-peer health education through Care Groups. The other half of the women, the control group, participated in Care Groups but did not receive IPT-G intervention.

Care Groups is an evidence-based behavior change model that uses community-based health volunteers. These volunteers, often mothers, educate their peers in behaviors that encourage everything from breastfeeding to the importance of vaccinating children. These mothers, in turn, train more mothers, resulting in a ‘cascade’ effect of peer-based training, learning, and encouragement.

Our study found a strong connection between depression and the ability to fully engage in life-saving behaviors.

For 10 out of the 12 indicators studied, depressed women adopted none of the important health and nutrition behaviours.

Women who suffer from depression demonstrated a significant inability to adopt actions that impact child health and nutrition outcomes. For 10 out of 12 of the indicators we studied, depressed women adopted none of the important health and nutrition behaviors, such as breastfeeding, recognizing when their infant was sick, and proper hand-washing. On the flip side, we found that non-depressed women were able to readily practice these critical actions.

The study also found that women treated with WHO-endorsed therapy recovered faster from depression than the other mothers. They also had significantly better perceived social support from others, and the ability to perform activities of daily living. However, by the end of the research trial, depression among participants in both the treatment and control groups declined to similarly low levels. This may be due to a therapeutic effect of the Care Group intervention itself. As a next step, we hope to better understand the potential impact of Care Groups on depression and behavior change.

What Governments Can Do

These early findings highlight that when it comes to improving child health and nutrition, addressing caregiver mental health is essential. And for many individuals suffering from mental distress, even a modest degree of psychosocial support can go a long way.

National governments or NGOs can initiate psychosocial support interventions, which then the community can sustain. Currently, few government ministries or the international NGO community integrate mental health into their traditional health programs. With this study, we hope to emphasize that addressing caregiver mental health is a critical component of improving outcomes for their children, too.

To this end, FH is launching a set of Caregiver Mental Health Knowledge Sharing Series initiatives. These initiatives will be a part of the growing momentum of implementers, researchers, advocates, and funders who are addressing maternal mental health as a component of improving the health, nutrition, and overall welfare of individuals and communities.

This on-going series of in-person events in the U.S., Africa, and web-based consultations aim to:

This article was originally published on Apolitical.