What is the Meaning of “Act Justly, Love Mercy, and Walk Humbly with Your God?”

Walk the halls of any Food for the Hungry (FH) office around the world, and it won’t be long before you find the words of Micah 6:8. “Act justly. Love mercy. Walk humbly.” They might show up on a piece of artwork on the wall, a T-shirt worn by field staff, or even the title of a magazine from a few years back.

The words of Micah 6:8 were beloved by our founder, Dr. Larry Ward. During this year in which FH celebrates our 50th anniversary, we have dedicated this blog series to revisiting Scripture passages that Dr. Ward found particularly meaningful.

After 50 years, FH staff still hold to the words of Micah 6:8. This simple but profound verse reminds us of the way we are each individually called to live out our work.

“He has shown you, O mortal, what is good.

And what does the Lord require of you?

To act justly and to love mercy

and to walk humbly with your God.” (NIV) 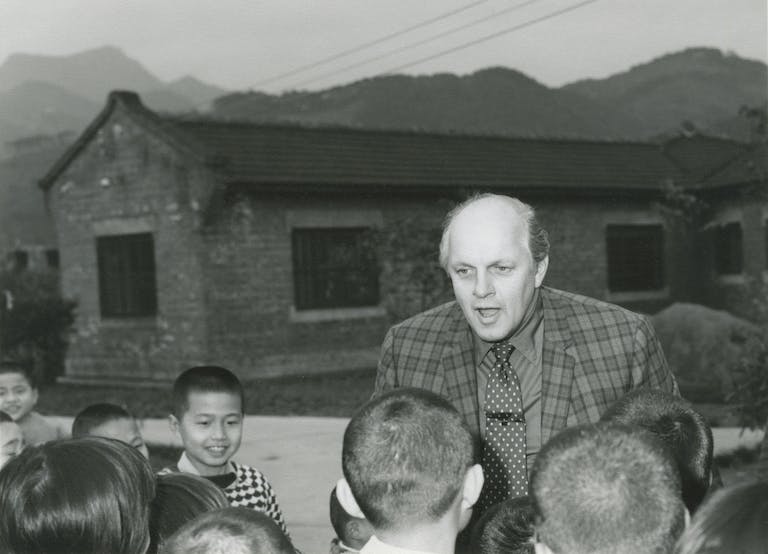 Dr. Larry Ward, founder of Food for the Hungry, lived out the principles found in Micah 6:8.

Is It Really That Simple?

The book of Micah is a short but powerful prophecy predicting the fall of Jerusalem and Samaria and offering hope that a “remnant of Jacob” (Micah 5:7) will later be restored. In chapter 6, God reminds His people of how He has cared for them in the past.

Micah questions how he can be restored to God. He goes so far as to suggest sacrificing his own child.

“Shall I offer my firstborn for my transgression,

With this statement, Micah shows the desperation that God’s people feel to return to Him. But he immediately follows that statement with the verse we are studying. Micah reminds himself that God has already shown the way, and it’s quite simple.

The first step, God says, is to act justly. Acting justly, or doing justice, is “the quality of being impartial or fair.”

Dr. Ward spent a great deal of his time thinking about justice. Specifically, he thought about the justice – or more accurately, the injustice – of food distribution around the world.

He once wrote to a friend, “Hundreds of thousands starve in India while grain enough to feed them all is stacked high on the plains of Alberta.”

He knew that food distribution was predicted to become even more unjust. Dr. Ward recognized the complex systems that kept starving people in one part of the world from accessing resources in another part of the world.

For his part, acting justly meant working to correct this wrong. Regardless of the social and political systems that had created famines, he was determined to take action to end the suffering of hungry people. 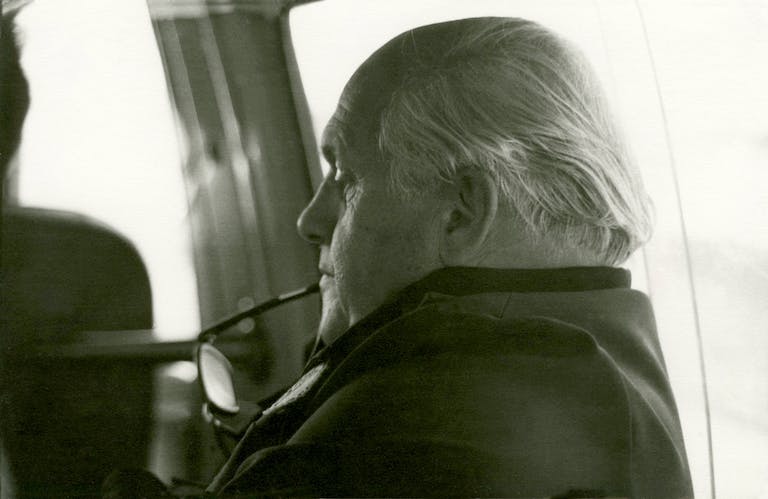 The next command offered by God in Micah 6:8 is “to love mercy.” According to the Encyclopedia of the Bible, mercy requires both an inward disposition and an outward action.

“It is evident that mercy combines a strong emotional element, usually identified as pity, compassion, or love, with some practical demonstration of kindness in response to the condition or needs of the object of mercy.” – Encyclopedia of the Bible

Dr. Ward founded FH with mercy embedded into the organizational culture. Norman Rohrer, in his biography of Dr. Ward, relates an experience that Dr. Ward had while driving one day. Prior to founding FH, he had learned that 10,000 people worldwide were dying of hunger every day. He was distraught over the number, begging God for an answer to how he could help.

The third command in Micah 6:8 is “to walk humbly with your God.”

Humility was a hallmark of Dr. Ward’s work. He recognized that without God’s grace, he would be utterly useless.

He was fond of quoting Psalm 34:6 in reference to himself: “This poor man cried… and the Lord heard him and saved him out of his troubles.”

Walking humbly with God is of key importance when working with people living in poverty. Too often, people think that the poor have nothing to teach or to share. In contrast, walking humbly with God recognizes the poverty of mind, soul, spirit and body that we all possess without the grace of God. 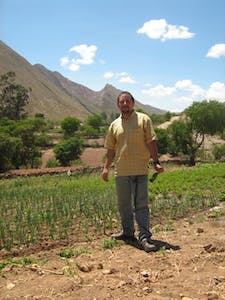 Juan Pablo Belmonte stands in a farm field in Bolivia.

Today, 50 years after Dr. Ward founded FH, you will still find our staff following the words of Micah 6:8. One such staff member is Juan Pablo Belmonte, who lives in his home country of Bolivia and serves globally as the Field Liaison Manager for Global Partnerships. He has worked for FH for 13 years.

“I grew up with a genuine heart and vision to help the poor around me,” Juan Pablo said. After attending college and working in various jobs, from teaching to customer service, he discovered that FH was serving Bolivian communities. He received a job offer on Christmas Eve 2007. “It was like a dream come true for me,” he reported.

Serving on staff with FH helped Juan Pablo to see that he could not be anyone’s hero, and that God was the true hero. “After a process of exposure to hard places, self reflection, and frustration, I was attentive enough to hear God’s voice clearly saying, ‘You, too, are poor… It’s about you and my love for you. That is why you are here.’”

When Juan Pablo realized the depth of his own need for God, he became free to point others toward the truth of God’s transformation in their own lives. Today, he approaches every community member as a brother or sister. He walks alongside them in humility.

Micah 6:8 is a concise but powerful field guide to serving God. When we act justly, love mercy, and walk humbly with God, He declares that it is “good” and “what (He) requires.” No wonder we print this verse on our T-shirts!

Legacy of an “Ordinary Guy” and an Extraordinary God