Bengali Woman Transformed into a Leader

Jorina was once depressed and without hope, but this young Bengali woman transformed into a leader and an agent of change when she teamed with Food for the Hungry (FH).

Jorina’s village in Bangladesh was enmeshed in poverty. There was no safe drinking water, no sanitary latrines, no understanding of health, hygiene, or nutrition. As a result, her children seemed to be sick all the time.

Jorina was afraid and ashamed of her situation. She was poor and uneducated, which made her feel she didn’t have the right to speak up and ask for help.

Jorina explained that, like other women in the community, she made many decisions based on harmful superstitions. For instance, she said, women were reluctant to give colostrum – or “first milk” – to their newborn babies, providing honey instead. They believed honey would make the child a sweeter person in the future.

Also, pregnant women were not given nutritious food, she said, because many in the community was afraid if the unborn child grew “too healthy,” delivery could be difficult.

Transformed into a Leader

But Jorina was transformed into a leader in her community through training she received. Most importantly, she now understands she is worthy of love and respect. And it all started one day in June a decade ago, when she first began participating in programs offered in her community by Food for the Hungry (FH). 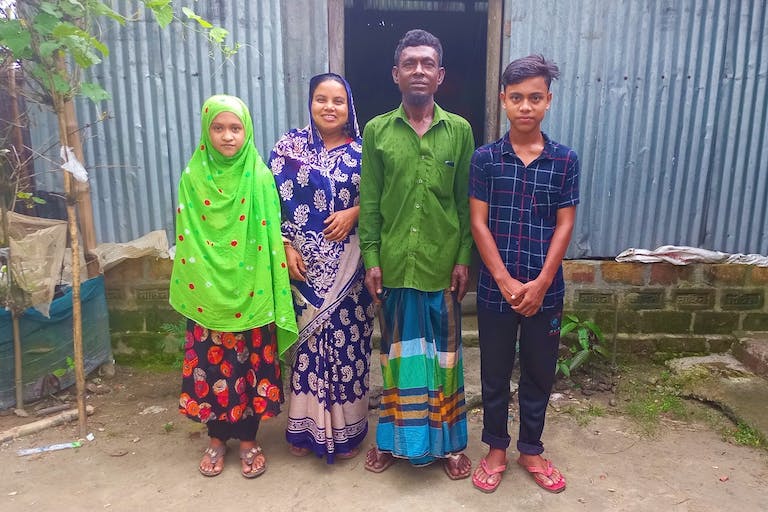 Jorina and her family gather in front of their home in Bangladesh.

As they learned factual information about health and nutrition, Jorina and other local women soon abandoned their harmful practices. They also came to understand how their actions affected their environment.

“Previously, the whole community practiced open defecation. With the support of FH, we became conscious about health,” she explained. “Now we use hygienic latrines, safe drinking water, and wash our hands properly.”

But some of what Jorina learned changed her, as well. “FH  has transformed my life,” she said. “I am now confident and can easily talk to others.”

“And I feel great when neighbors come to me for advice on health,” Jorina added. That happens because she trained with FH to become a mother leader in her community. 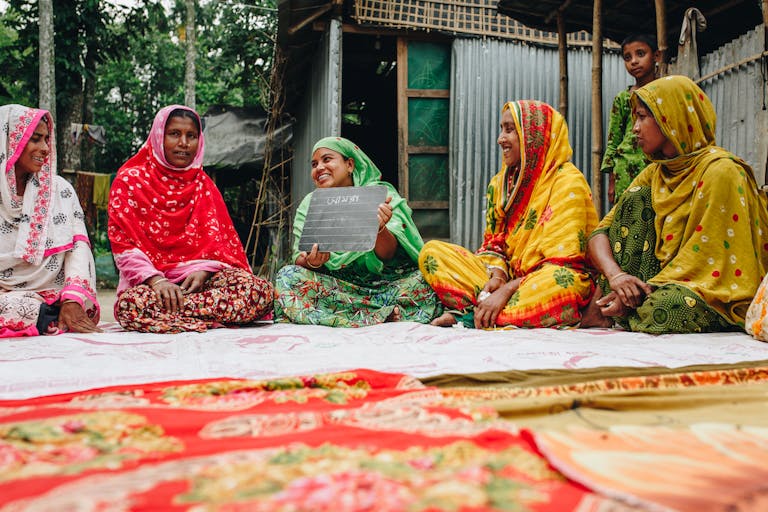 “I am a health and education mother leader and am currently president of the group. I cascade health information to others in the community,” she said. “I was trained for this when I became a member of FH’s Rupali (silver) women’s development group. At the same time, my children Rifat, 16, and Ria, 11, began to participate in FH sponsorship.”

“After leadership training from FH, I also now lead a saving group,” Jorina added. And, she says, she has been able to see the fruit of her many efforts. “Everyone in the community is much healthier,” she said.

But Jorina isn’t resting after all her accomplishments. She has learned to “dream big” and has very ambitious future goals for her family and community.

“I want to see no children in my community suffering from malnutrition, and all who live here drinking only pure water. Maternal and child mortality rates will decrease, all will attend school, and then they will go to college,” she said. 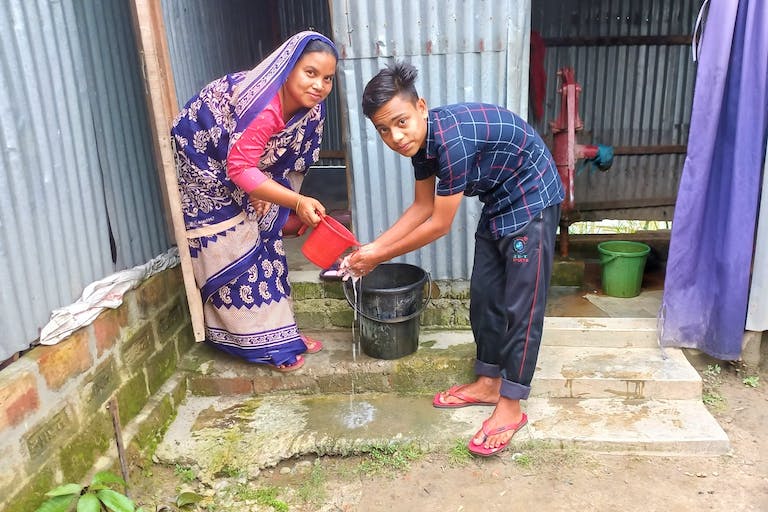 She also wants people in her community to actively teach and help each other, she says, from “planting trees to balance the ecosystem” to living in peace. I would like it to become a quarrel-free society,” she added.

You May Also Enjoy These Posts:

Delivering Hope Around the World

Child Sponsorship in Guatemala: Everything is Different [Video]

Mother Proudly Sends Her Children Back to School