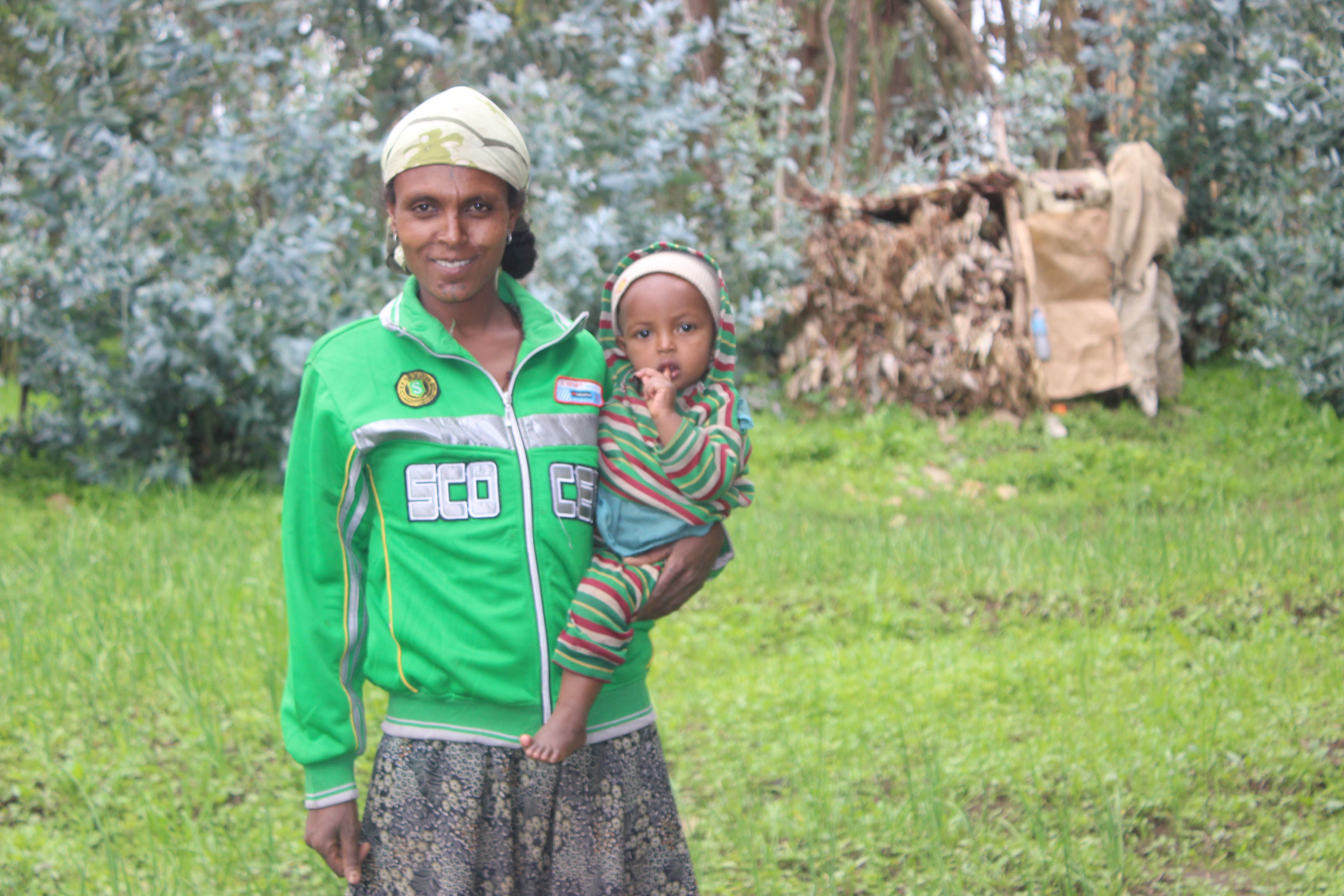 Habtam and her baby daughter

This World Food Day, I was reading through Food for the Hungry’s (FH) stories. My attention kept gravitating to the numbers. This story about Habtam, a woman in Ethiopia is no different:

1 = Additional family member Habtam is supporting – in this case, her mother-in-law

25 = Habtam’s age. Many of us were still living with our folks at that age, not supporting a family of five.

0 = Husband/father in the picture

By the numbers, Habtam’s family should be a living on the edge of failure and death. She should be selling grass for animal feed, a job reserved for the poorest of the poor women in her community. As a woman selling grass, she’d sit on the edge of the market earning pennies for the hours she spent cutting and carrying the grass.

If things got really bad, she might sell herself for sex. Or get involved in whatever illegal trade is preying on the desperate and destitute. 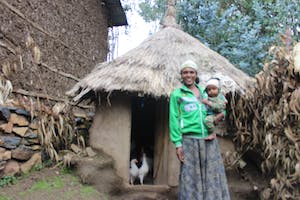 Habtam in front of her chicken coop

Instead, here are the new numbers for Habtam:

6 ounces = The approximate weight of the vegetable seeds Habtam received from FH to start a garden. She’s now feeding her children Swiss chard, carrots, cabbage and beets that she grew with her own hand.

8 months = The number of months she was able to feed her children with food from her own garden, due to receiving the seeds. On average in this area, families can only go six months without buying food, before their harvests run out. Within one year of working with FH, she’s already beating the local average.

6 = The number of chickens she received from FH, which she’s using to produce eggs, an important protein source for her family.

6 months = The age when Habtam now starts feeding her children something other than breast milk. In the past she would have waited a full year to start the child on healthy foods like vegetables and porridge. Now, via FH’s health training, she knows she needs to start solid foods earlier.

1 = The number of cows she was able to buy on credit, and pay for with money earned and saved from her efforts. One cow is all it takes, to provide her children with all the milk they need.

“After being part of this important program, I’m here with my beautiful, happy and healthy daughter applying the lessons I’ve learned,” says Habtam, beaming at her 1-year-old daughter Wubirist. “Now, I’m able to cook and feed nutritionally rich food for my children. The health and well-being of my children is now far better than before.”

As we recognize World Food Day, help women like Habtam beat the odds – help them fight hunger that kills 16,000 children per day worldwide. By supporting FH’s efforts in agriculture, perhaps by helping us purchase seeds or chickens, you can change the statistics family by family.