John Frederick Atibagos was 8 years old when he became a Food for the Hungry (FH) sponsored child in the Philippines. Now, as an 11-year-old fifth-grader, he is beginning to understand the importance of commitment and responsibility.

John’s father, Domingo, is a contract laborer. His mother, Shirley, tends a small store in the family’s home. Despite the couple’s hard work, money is hard to come by.

As the eldest child, John is big brother, or “kuya,” to his two siblings. That’s a serious title in the Filipino culture. It’s a role that demands dedication and leadership. It means that John must look after the household’s welfare when the parents are absent or can’t perform their duties. 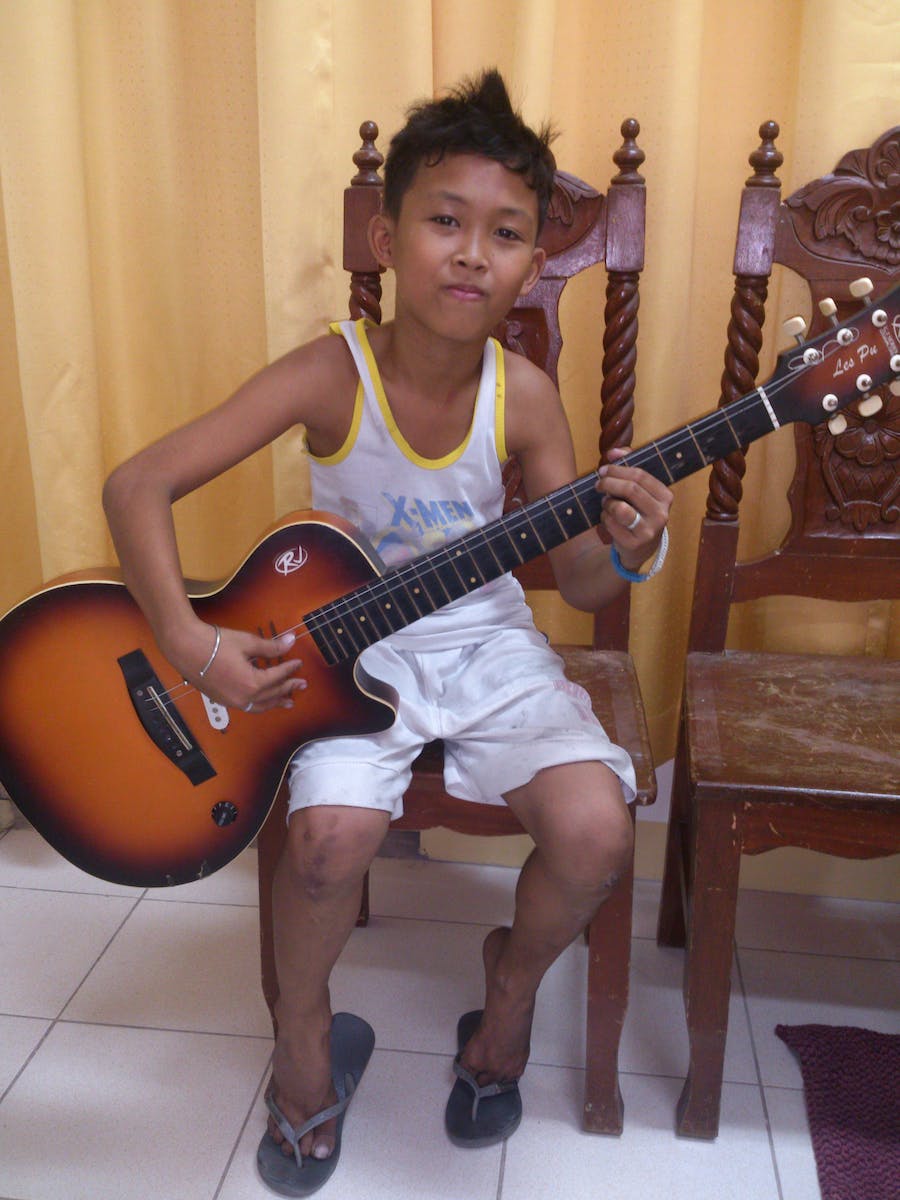 John is growing in health, wisdom and faith because of FH’s discipleship training.

Thanks to faithful friends like you, John has access to training and activities designed to build character, values, and principles. He attends classes that give him a biblical perspective on how he should live his life as a son, brother, and friend. In one of those classes, he read the Bible story about the friendship of David and Jonathan, and it left a big impact on his life.

“It’s very important to be faithful in any kind of relationship, whether as a friend or a brother,” he says. “If many people are like that, perhaps life will be more enjoyable.”

Another valuable experience for John was joining an FH educational tour of the Children’s Museum in Manila. Not too many families in poor communities can afford to take their children to the museum, but friends and supporters like you made it possible for youngsters like John.

Not only did John’s knowledge expand, he also met new friends and enjoyed some fun activities by participating in group games. And, although John’s team did not win the game, John demonstrated a winning attitude. He says they all learned the importance of unity and teamwork.

Growing Up Rooted in the Word

John is growing in yet another way. He’s learning to play the guitar. A youth volunteer from an FH partner-church teaches John the basics of guitar playing and helps him develop into a skilled musician.

John says he is grateful to God for the many blessings that he and his family receive daily. He gives thanks to God for his father who works hard to provide for the family’s needs, and for his mother who, despite her many household chores, still manages to volunteer at the local health center as an FH community health responder.

John wants to use his time and talents to share God’s love to his friends. He hopes to serve his church through the music ministry soon. He also understands the importance of building good relationships with his parents, siblings and friends.

Truly, John’s future is bright with hope, good success and eternal impact on the lives of others. Help us train more children like John by giving the gift of discipleship training.