Youth were once heroes in Mutambala, a community within Moba, part of the Democratic Republic of the Congo (DRC).

DRC is one of the most mineral-rich countries in Africa. But the trade in “blood diamonds” funded wars and human rights abuse for decades. The scramble for diamonds and other minerals caused conflicts between various factions within the country. In the ensuing violence, millions died as a result violence or the deprivations of war.

In the past, young people in the DRC were recognized as defenders in case of conflicts or threats. Young people’s energy, strength, and dynamism were considered a shield that allowed the older people to live in safety and relative peace of mind.

In turn, young people benefited from the wisdom of their older neighbors. The close relationship enabled elders to serve as advisers and set the moral tone of the community. This strengthened traditional behavior and customs in the village.

But in recent years, this relationship broke down. Older and younger generations lost respect for and began to distrust each other. Older residents noted that many young people spent their time playing and betting on card games, viewing violent movies, and – in general – displaying a rebellious attitude toward others in the community.

At the same time, it was noted that cases of delinquency, theft, and gender-based violence (intimate partner violence, rape) were increasingly reported in the community.

Food for the Hungry (FH) came to the community in 2019. Staff, working with community leaders, started with a multi-generational discussion group to identify issues. Local youth soon became involved in their own talks, exchanging ideas and setting goals.

An engaged and active youth club soon grew out of those conversations. 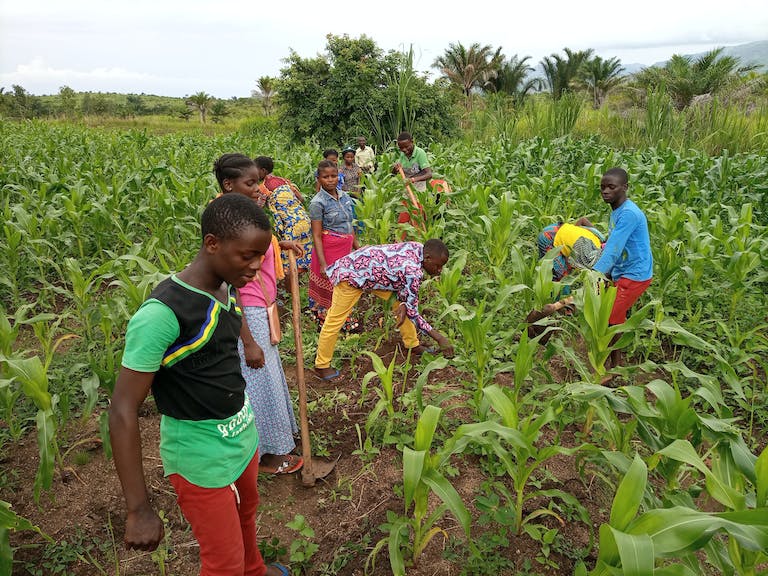 Youth Club members are learning about cultivating and weeding maize, while at the same time earning some cash.

Today, participation in the youth club of Mutambala continues to grow, with young members benefiting from entrepreneurship training through FH. These youth are learning life skills that will allow them to earn income and have a better future.

The youth club has also inspired participants to become more involved in local development. They are fighting poverty in their community.

And nearly one-third have already started their own income-generating activities, which are leading to sustainable livelihoods. 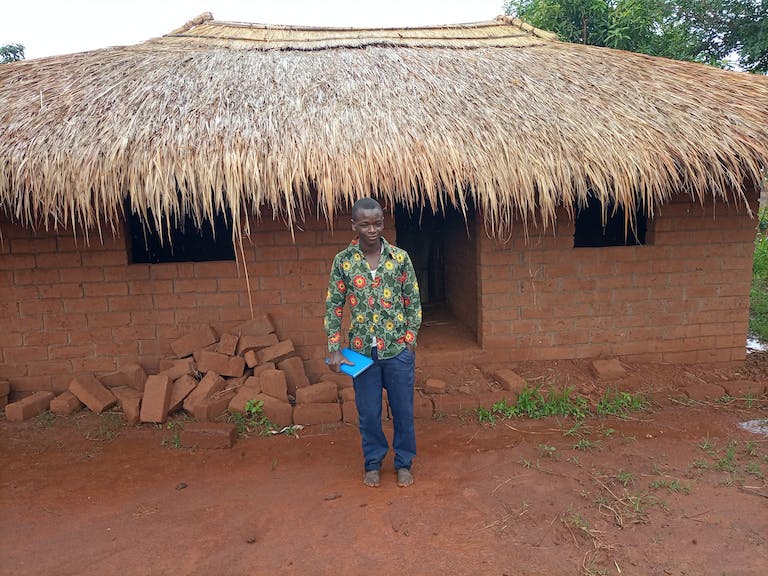 The Youth Club secretary, whose new business has provided enough cash to help him build this house.

While many are raising pigs, chickens, and cash crops, the youth group’s secretary chose a more direct money-making venture. As soon as he completed FH entrepreneurship training, he created a small storefront in the community. The store is housed in a repurposed phone booth. There, he began to sell sugar and other staples.

Recently, with the funds he has been able to save from the venture, he completed construction of a home, where he now lives. He’s now just one example of youth who were not participating in developing communities, but who are now changing their behavior and contributing positively to society.